A MintPress News analysis found that in a single week Fox News, The New York Times, The Washington Post, CNN, and MSNBC ran almost 1,300 separate stories on the Ukraine invasion, two stories on the Syria attack, one on Somalia, and none at all on the Saudi-led war on Yemen. KIEV, UKRAINE — We are living in dangerous times. All around the world, intense military actions are taking place. Last week alone, Russia launched a huge military invasion of Ukraine; Saudi Arabia carried out dozens of strikes on Yemen; Israel launched a wave of deadly missile attacks against Syria; and the United States restarted its bombing

END_OF_DOCUMENT_TOKEN_TO_BE_REPLACED

After the fall of the Soviet Union, there was a near-universal understanding among political leaders that NATO expansion would be a foolish provocation against Russia. How naive we were to think the military-industrial complex would allow such sanity to prevail. PRINCETON, NEW JERSEY (Scheerpost) — I was in Eastern Europe in 1989, reporting on the revolutions that overthrew the ossified communist dictatorships that led to the collapse of the Soviet Union. It was a time of hope. NATO, with the breakup of the Soviet empire, became obsolete. President Mikhail Gorbachev reached out to Washington and Europe to

END_OF_DOCUMENT_TOKEN_TO_BE_REPLACED

Two years after COVID-19 shifted the world into a state of global authoritarianism, just as the people’s tolerance for heavy-handed mandates seems to have finally worn thin, we are being prepped for the next distraction and the next drain on our economy. Of all the enemies to public liberty war is, perhaps, the most to be dreaded because it comprises and develops the germ of every other. War is the parent of armies; from these proceed debts and taxes… known instruments for bringing the many under the domination of the few.… No nation could preserve its freedom in the midst of continual warfare.” —

END_OF_DOCUMENT_TOKEN_TO_BE_REPLACED ﻿ Journalists Benjamin Norton and Alan MacLeod join Mnar Adley to discuss how the mainstream media spent the last week beating drums of war with Russia over Ukraine with headlines and talking heads funded and sponsored by Lockheed Martin and NATO. Meanwhile, there wasn't a single article covering how the US-Saudi-UAE coalition cut off the

END_OF_DOCUMENT_TOKEN_TO_BE_REPLACED

Two things prevent an all-out war between Israel and Iran. The first is that Israel knows that attacking Iran will end in a total Israeli defeat. The second is Iran’s exercise of discipline in the face of ongoing threats by both the U.S. and Israel. JERUSALEM – As 2021 came to a close, Israel had raised the so-called "Iran Threat" issue to a whole new level. Upon his promotion in December to Commander of the Israeli Air Force, General Tomer Bar was asked by the Israeli daily Yediot Aharonot (Ynet), "Are you able to attack Iran tomorrow?" His answer was "Yes!" He was then asked, "Will you be

END_OF_DOCUMENT_TOKEN_TO_BE_REPLACED

The political consequences of hunger are profound and unpredictable but could be the spark that lights a powder keg of anger and resentment that would make the 2020 Black Lives Matter protests look tame by comparison. 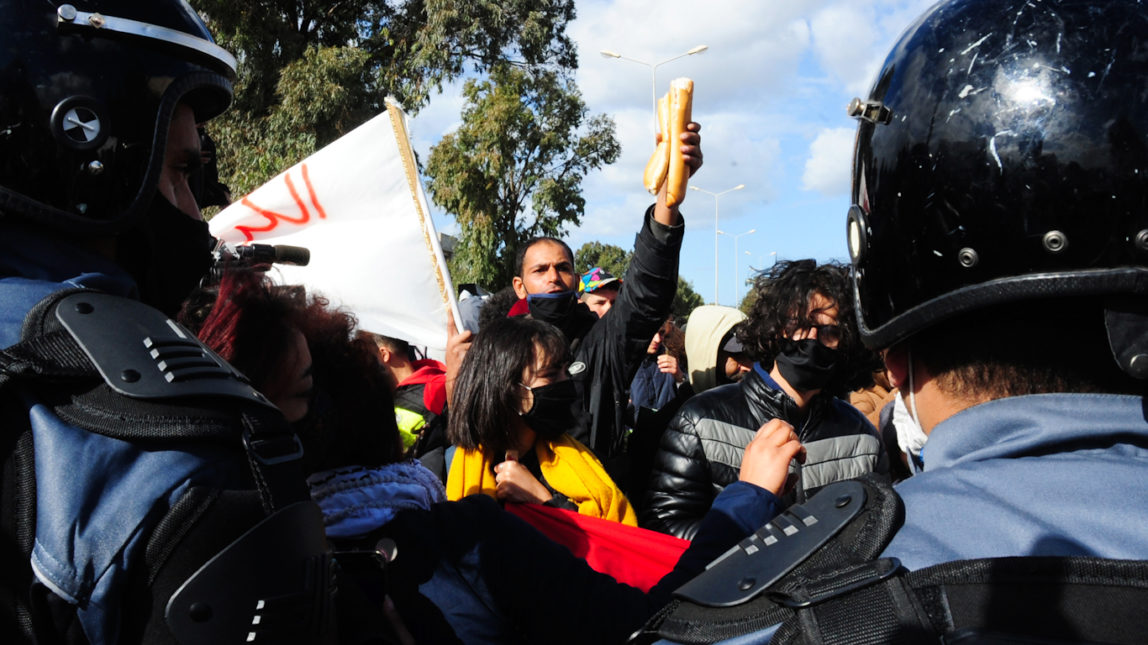 WASHINGTON – Already dealing with the economic fallout from a protracted pandemic, the rapidly rising prices of food and other key commodities have many fearing that unprecedented political and social instability could be just around the corner next year. With the clock ticking on student loan and rent debts, the price of a standard cart of food