Top lawmakers in US Congress hosted Mamuka Mamulashvili, an infamous Georgian Legion warlord who has boasted of authorizing field executions of captive Russian soldiers in Ukraine. KIEV, UKRAINE (THE GRAYZONE) — Having taken up arms against Russia for a fifth time, Georgian Legion commander Mamuka Mamulashvili has bragged on video about his unit carrying out field executions of captured Russian soldiers in Ukraine. While Western media pundits howled about images of dead bodies in the city of Bucha, echoing Ukrainian

END_OF_DOCUMENT_TOKEN_TO_BE_REPLACED

Our hypocrisy on war crimes makes a rules-based world, one that abides by international law, impossible. PRINCETON, NEW JERSEY (Scheerpost) — The branding of Vladimir Putin as a war criminal by Joe Biden, who lobbied for the Iraq war and staunchly supported the 20 years of carnage in the Middle East, is one more example of the hypocritical moral posturing sweeping across the United States. It is unclear how anyone would try Putin for war crimes since

END_OF_DOCUMENT_TOKEN_TO_BE_REPLACED The war in Afghanistan appears to be drawing to a close. But Western atrocities in the Middle East continue, with the 20-year-old War on Terror estimated to have displaced over 37 million people globally. One particularly noteworthy example is the onslaught in Yemen, driving the country to become “the world’s worst humanitarian crisis,” in the

END_OF_DOCUMENT_TOKEN_TO_BE_REPLACED Donald Trump has been nominated for the prestigious Nobel Peace Prize. The President of the United States was put forward by the far-right Norwegian member of parliament, Christian Tybring-Gjedde, who insists he is “not a big Trump supporter,” despite nominating him last year as well. Tybring-Gjedde’s stated reason for nominating Trump is for his

END_OF_DOCUMENT_TOKEN_TO_BE_REPLACED 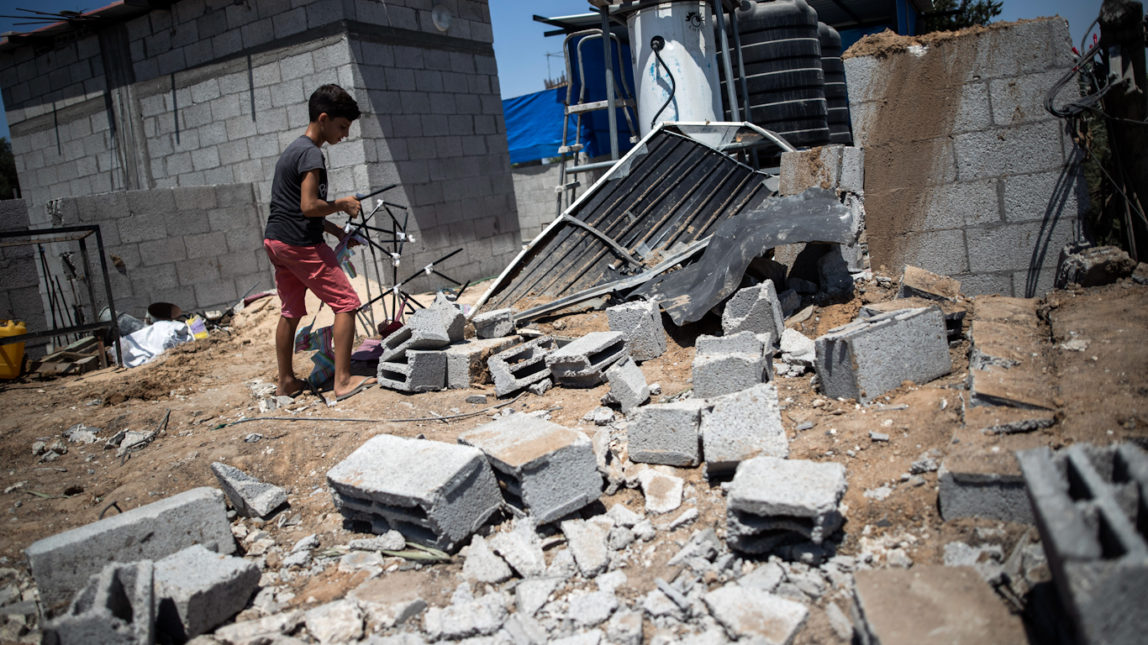 Last Monday night Israeli fighter jets executed airstrikes on the besieged Gaza Strip for the ninth night in a row in an act that may be another on Israel’s long list of possible war crimes. Israeli leaders characterized the actions as retaliatory, naming Gazan “incendiary balloons” and “riots” as justification. This is just the latest in

END_OF_DOCUMENT_TOKEN_TO_BE_REPLACED When International Court of Justice (ICC) Prosecutor, Fatou Bensouda, confirmed last December that the Court has ample evidence to pursue a war crimes investigation in occupied Palestine, the Israeli government responded with the usual rhetoric, accusing the international community of bias and insisting on Israel’s ‘right to defend