The Peace Process That Never Was, Fading Hope For A Palestinian State

Colonization of Land and Mind: The Struggle for a Post-Colonial Puerto Rico

Part of the problem with the colonized mentality is that the one who is colonized begins to believe the lies that have been told by the colonizer: that we are inferior, we are backward, that we would be poor, that we would have no hope if it were not for a more developed, more civilized, more powerful entity. 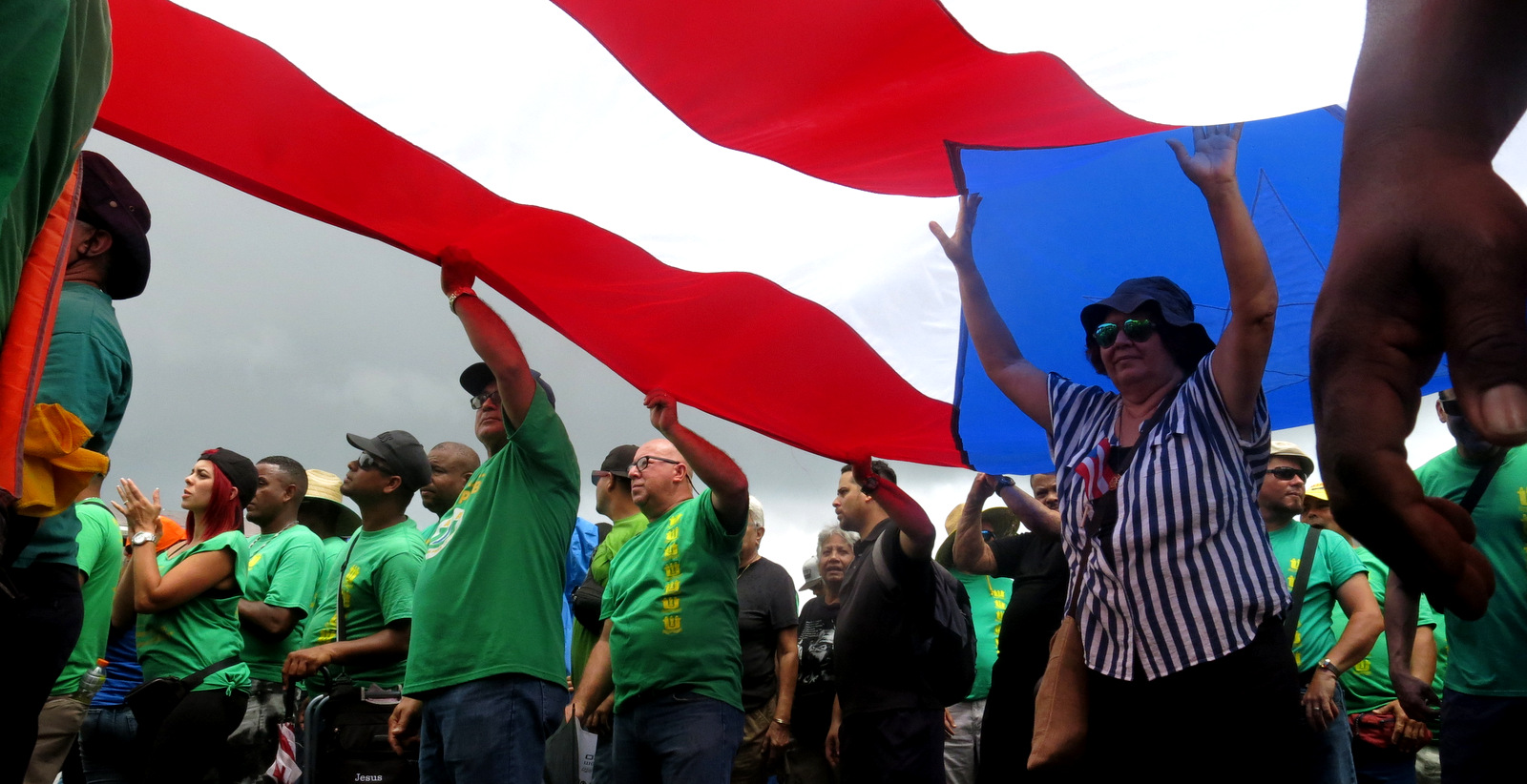 ATHENS, GREECE and LAS PIEDRAS, PUERTO RICO – Until recently, the similarities were stunning. Puerto Rico, mired in a deep economic crisis for the past decade, has often been dubbed “The Greece of the Caribbean.” While there are a great many similarities in the “debt crises” both Greece and Puerto Rico have been experiencing, this

END_OF_DOCUMENT_TOKEN_TO_BE_REPLACED Nazareth. Israeli and US officials are in the process of jointly pre-empting Donald Trump’s supposed “ultimate deal” to end the Israeli-Palestinian conflict. They hope to demote the Palestinian issue to a footnote in international diplomacy. The conspiracy – a real one – was much in evidence last week during a visit to the region by Nikki

END_OF_DOCUMENT_TOKEN_TO_BE_REPLACED

What You Need to Know About Puerto Rico’s Plebiscite

Sunday’s two-part plebiscite, the fifth held since 1967, will decide the future of the unincorporated U.S. territory. On June 11, millions of Puerto Ricans will head to the polls to decide the political status of the Caribbean island. Sunday’s two-part plebiscite, the fifth held since 1967, will decide the future of the unincorporated U.S. territory. Since 1898, Puerto Rico has functioned as a “commonwealth” of the U.S., essentially making it a colony

END_OF_DOCUMENT_TOKEN_TO_BE_REPLACED Pope Francis prays at Israel's aparthied wall on his way to a mass in Manger Square next to the Church of the Nativity, traditionally believed to be the birthplace of Jesus Christ, in the West Bank town of Bethlehem, Sunday, May 25, 2014. VATICAN CITY  — The Vatican has officially recognized the state of

END_OF_DOCUMENT_TOKEN_TO_BE_REPLACED END_OF_DOCUMENT_TOKEN_TO_BE_REPLACED

Why Palestinian Statehood Poses Such A Threat To Israel

“Israel fears Palestine, as its existence simply denies and poses a challenge to its territorial claims. Everything Israel has done since 1948 has been toward the annihilation of Palestine. There is no tip-toeing around it. Of course Tel Aviv will oppose Palestine’s statehood claim.” Israel's Prime Minister Benjamin Netanyahu chairs the weekly cabinet meeting in Jerusalem, Sunday, Nov. 30, 2014. Israel's prime minister said Sunday that the public expects the government to "return to normal conduct" and hinted at the possibility of early elections if his coalition does not overcome a crisis linked to a contentious nationality