“This Should Be a Global Scandal” END_OF_DOCUMENT_TOKEN_TO_BE_REPLACED

Judging by the minimal impact of the news, there will likely be few consequences for those who suppressed information and misled the world, nor for those who called for war on the basis of it, their assertions proving, once again, disastrously wrong.

Douma, Syria, April 2018. Dozens of people die in a suspected chemical weapons attack in the eastern suburb of the capital Damascus. The United States and many European countries immediately identify President Bashar al-Assad as responsible for the attacks, and respond with deadly violence of their own, starting a bombing campaign against his

END_OF_DOCUMENT_TOKEN_TO_BE_REPLACED

According to new reports, OPCW investigators have spoken with Russian military officials after visiting the site of the Barzeh research center in Damascus.

While it will likely take the Organization for the Prohibition of Chemical Weapons weeks or even months to issue their final report on the alleged gas attack in Douma (an attack for which journalists and other independent parties have failed to find any evidence), the organization's investigators have apparently spoken with Russian military

END_OF_DOCUMENT_TOKEN_TO_BE_REPLACED DAMASCUS, SYRIA – According to corporate media reports as well as reports from some “independent” media outlets like Democracy Now over the past week, UN-backed investigators from the Organization for the Prohibition of Chemical Weapons (OPCW) were being “blocked”  by Syria and Russia from reaching the alleged site of a chemical weapons attack in

END_OF_DOCUMENT_TOKEN_TO_BE_REPLACED 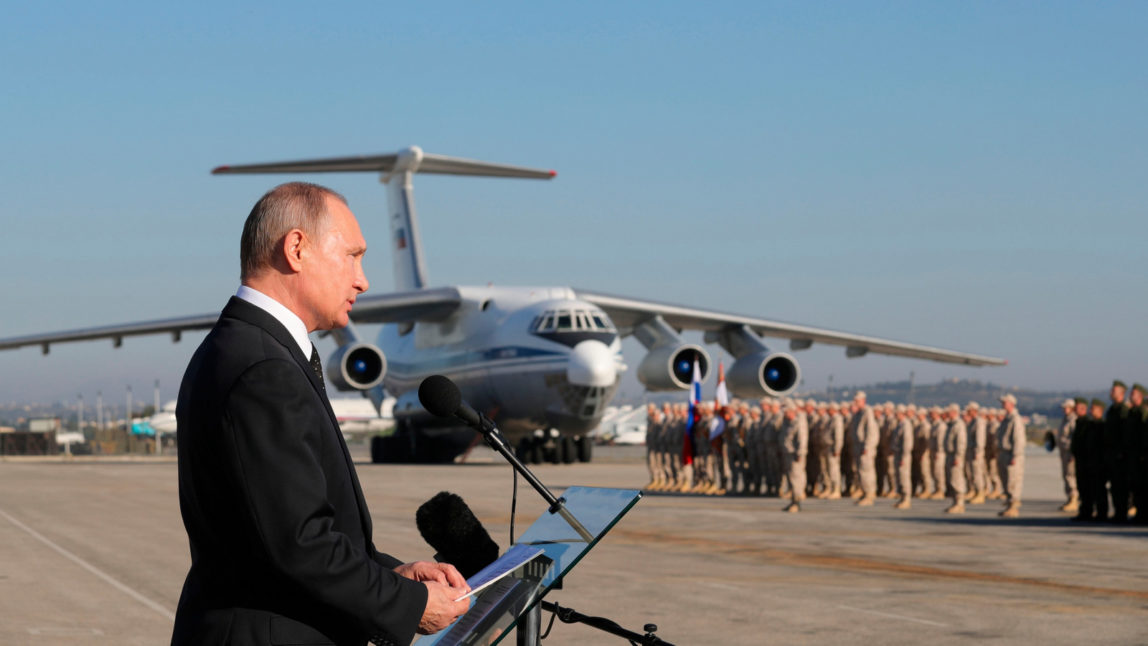 Shortly after U.S. Ambassador Nikki Haley revealed that Russia would be slapped with a third round of sanctions on Monday for "enabling the Syrian government's use of chemical weapons in civil war," Russian President Vladimir Putin said that further attacks on Syria by Western forces, "in violation of the U.N. Charter," would send international

END_OF_DOCUMENT_TOKEN_TO_BE_REPLACED

The US, UK and France Strike Syria – What Comes Next?

There are stirrings of an imperative anti-war movement in the wake of the U.S. strike on Syria, but mostly the Pentagon controlled the message. The arguments between Secretary of Defense James Mattis and Chairman of the Joint Chiefs of Staff General Joseph Dunford before the Syrian air strikes, and between them and President Donald Trump and his ultra-hawk national security adviser, John Bolton, ended with “precision strikes” early Saturday morning in Damascus and near the city of