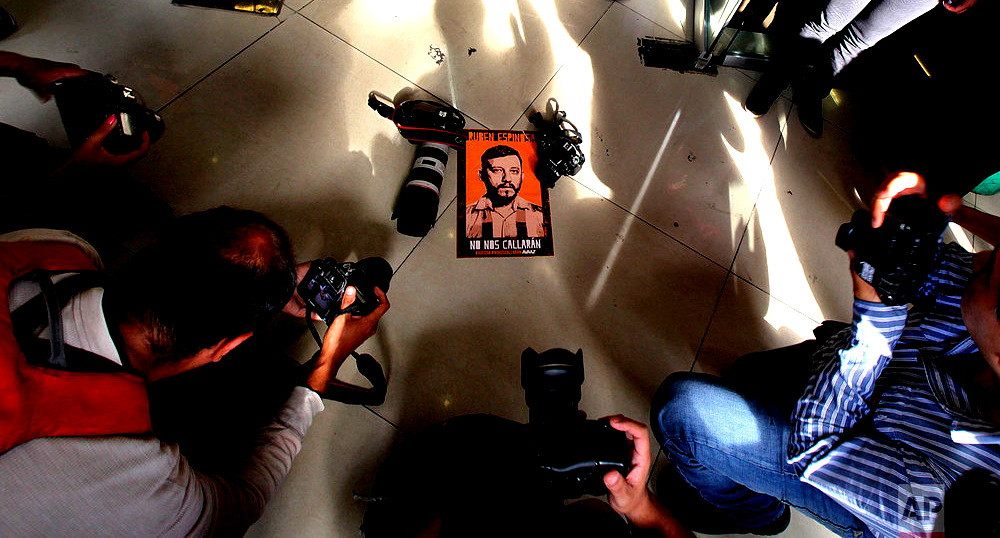 TEL AVIV — NSA whistleblower Edward Snowden told an Israeli audience on Tuesday that surveillance software designed by an Israeli company had been used to target groups of journalists in Mexico as well as Saudi journalist Jamal Khashoggi who was murdered last month in the Saudi consulate in Istanbul.

Snowden, speaking to a Tel Aviv conference hosted by Israeli public relations firm OH! Orenstein Hoshen via video feed, stated that secretive Israeli cyberwarfare firm NSO Group Technologies has been “selling a digital burglary tool” that has been used by governments to spy on citizens and journalists in particular. Snowden did not attend the conference in person due to concern that he could be handed over to U.S. authorities. He was granted asylum by the government of Russia, where he currently resides, in 2013.

He explained that even if some “good actors” use NSO’s surveillance software, known as Pegasus, “it is not just being used for catching criminals and stopping terrorist attacks…not just for saving lives, but for making money…such a level of recklessness…actually starts costing lives.” Pegasus is a government-exclusive “lawful intercept” spyware program that is not available to the general public or even non-state clients.

During the conference, Snowden stated that NSO’s software had been used to track Saudi journalist and U.S. resident Jamal Khashoggi prior to his murder in Istanbul last month. Snowden’s assertion comes after a report last month revealed that Israel sold Pegasus to Saudi Arabia after a series of covert meetings in the United States and the United Kingdom as part of a deal that netted Israel an estimated $250 million.

Additionally, a group of Canadian academics revealed last month that they had noted a “significant expansion of Pegasus usage” by Gulf states such as Saudi Arabia and the United Arab Emirates and that these governments were largely targeting dissidents and journalists living abroad. Saudi Arabia also recently came under fire for using the software to target global human rights advocacy group Amnesty International.

Snowden’s statements regarding the kingdom’s use of Pegasus to pursue Khashoggi are highly relevant given that Saudi Arabia recently tortured another dissident journalist to death in a Saudi prison. The death of Turki bin Abdulaziz al-Jasser, a Saudi dissident writer and journalist, was made public on Tuesday. Al-Jasser is alleged to have been the individual behind a Twitter account that was critical of top Saudi officials and the ruling House of Saud.

Al-Jasser’s identity is believed to have been made known to Saudi authorities after a team of the cyberspies working for the kingdom infiltrated Twitter’s Dubai-based headquarters.

It remains unknown whether Israeli-made Pegasus software was involved in this particular Saudi cyberwarfare operation. However, given that the kingdom has used the program to track other dissidents and journalists, it is a likely possibility.

Beyond highlighting the misuse of Pegasus by Saudi Arabia’s government, Snowden also noted that the NSO Group’s most notorious software product was regularly used by the government of Mexico to target journalists. The Mexican government’s use of the Pegasus software, which is believed to have begun in 2011, coincided with a dramatic uptick in the assassinations of Mexican journalists. In 2017, Mexico was the most dangerous place in the world to work as a journalist outside of warzones due to the high number of murders.

Since then, the high rate of journalist assassinations and disappearances in Mexico has continued, with nine journalists killed so far this year, making it the second-deadliest country for journalists in the world just behind war-torn Syria. Many of those killed, including Mario Gomez who was assassinated in late September, had been murdered after reporting on government corruption.

In addition to journalists, the Mexican government has also used the software to target human rights lawyers and anti-corruption activists within the country as well as their families. According to the New York Times, Mexico has purchased at least $80 million in Israeli-made spyware since 2011.

The logo of Israeli NSO Group displayed on a building where they company previously had offices in Herzliya, Israel, Aug. 25, 2016.

As a result of the many instances of the misuse of NSO Group software misuse by states around the world, the company had previously responded to critics with assertions that it only sells Pegasus software to clients on the condition that it be exclusively used to investigate or prevent crime and terrorism. It has also deflected allegations that the software is used for civil rights abuses with claims that it “does not operate the software for its clients, it just develops it.”

On Wednesday, the NSO Group responded directly to Snowden’s claims in a statement published by The Jerusalem Post, where the company claimed:

Edward Snowden found a refuge and warm welcome in Russia from where he has chosen to deal with issues like the rights of citizens and democracy and to slander Israeli technology companies without having any knowledgeable basis [about them] or familiarity with their operations.”

“The NSO firm produces products which are sold to governmental officials for the sole purpose of investigating and preventing crime and terror,” the statement added.

Despite the NSO Group’s assertions, evidence has continued to mount that its sophisticated software available exclusively to governments is more often used to target dissidents and members of the press rather than criminals or terrorists.

Top Photo | Journalists gather around a photo of slain photojournalist Ruben Espinosa, placed by his relatives at the entrance of Mexico City’s Attorney General’s office, on the second year anniversary of his murder in Mexico City, July 31, 2017. Espinosa worked for the investigative magazine Proceso and other media in the Mexican state of Veracruz, and murdered along with four women in an apartment in Mexico City on July 31, 2015. Marco Ugarte | AP