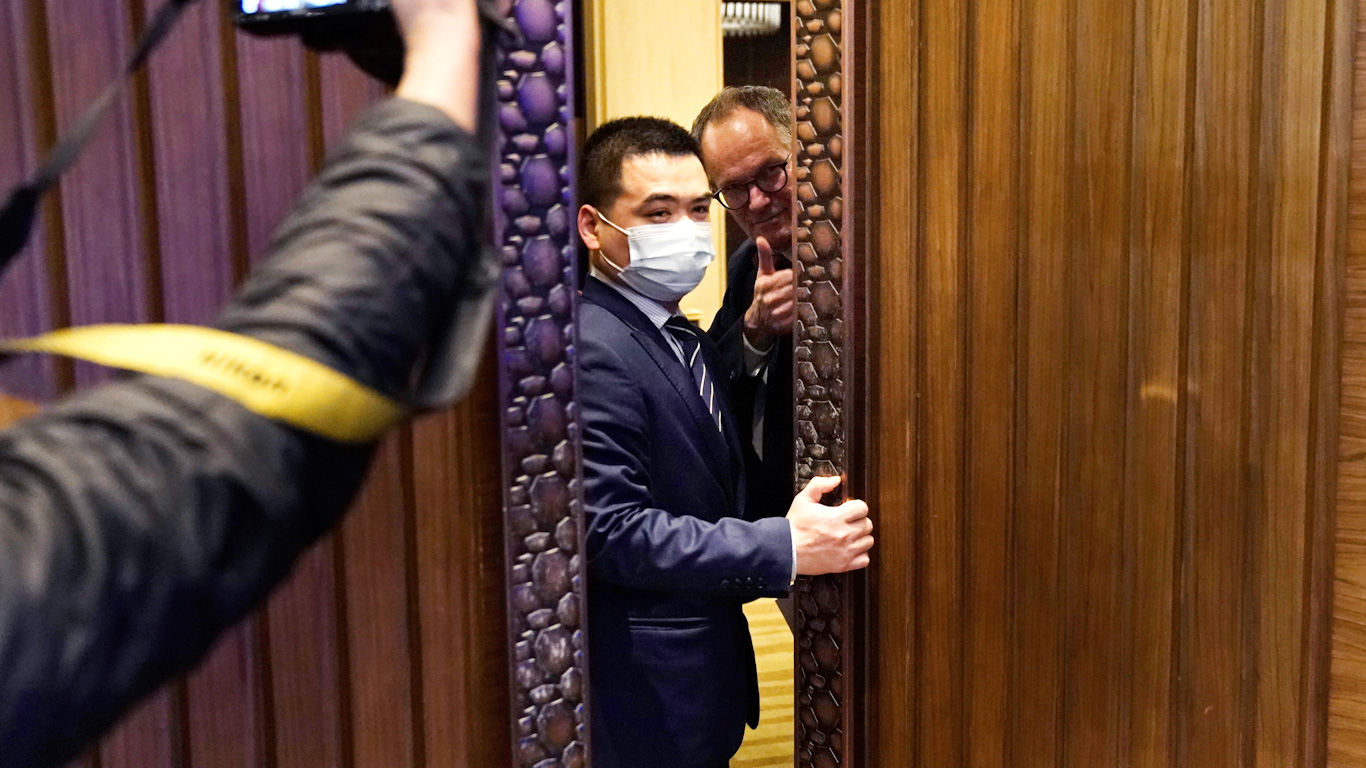 ATexas teenager has been forced to use her entire college savings to prevent her single mother from being evicted after she lost her job amid a raging pandemic. Alondra Carmona of Houston made the appeal on crowdfunding site GoFundMe, noting that she had been accepted into prestigious New York university Barnard College, but that she used the money she had saved for tuition in order to save her mother.

Some of the world’s top scientists are condemning The New York Times for what they describe as a highly misleading hit job on their recent visit to Wuhan, China.

On Friday, the Times published a bombshell report titled “On WHO Trip, China Refused to Hand Over Important Data.” The article, subtitled, “The information could be key to determining how and when the outbreak started, and to learning how to prevent future pandemics,” claims that Chinese authorities put up “continuous resistance” to the group’s attempts to understand the origins of the COVID-19 pandemic that has now killed over 2.4 million people worldwide. China, it says, “stymied” their progress, “refusing to hand over raw data” that the Times implies would show that the outbreak began earlier than December 2019, a finding that “would leave China open to more criticism” and another example of a supposed Chinese “cover up” of the outbreak. China’s obstinance, it claimed, was so overwhelming that it led to shouting matches between the international team and local authorities.

Yet the report was immediately lambasted by many of the world’s leading scientists, including some who the Times spoke to and quoted in the article. “This was NOT my experience on the WHO mission,” said Peter Daszak, the president of EcoHealth Alliance in New York. “As the lead of the animal/environmental working group, I found trust and openness with my China counterparts. We DID get access to critical new data throughout. We DID increase our understanding of likely spillover pathways.” Daszak went on to explain that he was given a very wide range of data and his investigation was unvetted throughout.

This was NOT my experience on @WHO mission. As lead of animal/environment working group I found trust & openness w/ my China counterparts. We DID get access to critical new data throughout. We DID increase our understanding of likely spillover pathways. https://t.co/gwGnm9pnGj

Danish epidemiologist Thea Kølsen Fischer, another source on which the Times’ report was based, chimed in with a similar message:

This was NOT my experience either on the epidemiological side. We DID build up a good relationship in the Chinese/international epidemiology team! Allowing for heated arguments reflects a deep level of engagement in the room. Our quotes are intendedly twisted casting shadows over important scientific work.”

“Hear! Hear!,” replied Daszak. “It’s disappointing to spend time with journalists explaining key findings of our exhausting month-long work in China, to see our colleagues selectively misquoted to fit a narrative that was prescribed before the work began. Shame on you, New York Times!”

Collaboration is all about mutual trust and respect. If you don't have that, no one is going to share data with you. As EID scientists, we urgently need to jettison the political crap.
Hopefully there is enough enduring personal goodwill for us to effectively proceed… https://t.co/L35Tjd1uxQ

Dr. Hume Field, an epidemiologist and veterinarian who co-led a previous WHO investigation into the origins of the 2002-2004 SARS pandemic, also condemned the Times’ reporting. “Collaboration is all about mutual trust and respect. If you don’t have that, no one is going to share data with you,” he stated, “we urgently need to jettison the political crap. Hopefully there is enough enduring personal goodwill for us to effectively proceed.”

Unfortunately, “political crap” has been getting in the way of an effective COVID-19 response since the outbreak began in late 2019. While most of the media, including The New York Times, has constantly claimed China intentionally covered up the coronavirus for political gain, the world’s medical and scientific community has been adamant that Beijing’s response was exemplary. A statement published in The Lancet, often considered the world’s most prestigious medical journal, commended China’s “remarkable” effort in “working diligently and effectively to rapidly identify the pathogen behind this outbreak, putting in place significant measures to reduce its impact, and sharing their results transparently with the global health community.”

It also condemned the “conspiracy theories” about a possible man-made COVID-19 origin, noting that the “overwhelming” evidence for this strain of the coronavirus originates in wildlife. Dr. Michael Ryan, Executive Director of the WHO’s Health Emergencies Programme, also lauded China’s actions, claiming he had “never seen the scale and commitment of an epidemic response.” “The challenge is great, but the response has been massive and the Chinese government deserve huge credit for that response and for the transparency in which they have dealt with this,” he added.

This is not how COVID-19 has been presented in Western media, with China overwhelmingly presented as having failed to contain its international spread. An October poll of 14 developed countries found that in every one, citizens believed their own government’s response was superior to that of China’s, even in countries with over 500 times the per capita deaths. The upshot of the coverage has been a surge in anti-Chinese sentiment worldwide and an increase in hate crimes against Asians. Amid growing tensions, both the Trump and Biden administrations have pushed forward with aggressive actions towards China, leading to what many have described as the beginning of a second Cold War.

The New York Times has spent much of 2020 covering and condemning COVID conspiracies and fake news. For their next article on coronavirus misinformation, perhaps they could look a little closer to home for inspiration.

Feature photo | Peter Ben Embarek, of the World Health Organization team, gives a thumbs up as he is led away after a WHO-China Joint Study Press Conference held at the end of the WHO mission in Wuhan, China, Feb. 9, 2021. Ng Han Guan | AP