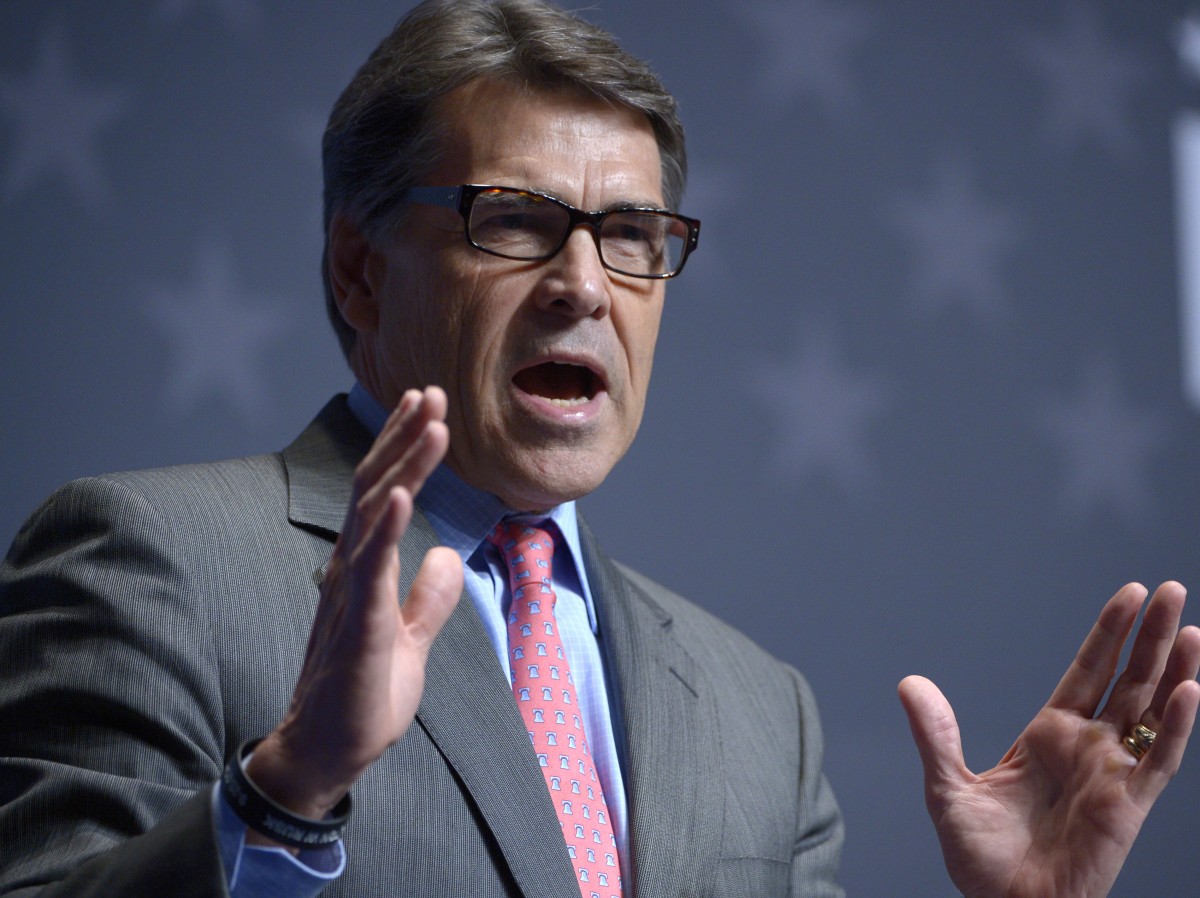 Rick Perry To Send 1,000 Troops To Border To Fight Migrant Children And Families

Texas Governor calls influx of immigration an “assault” on US.

Texas Governor Rick Perry announced on Tuesday that he is sending 1,000 National Guard troops to the U.S.-Mexico border to stem the tide of children and families attempting to emigrate from several Central American countries.

Adj. Gen. John Nichols, commander of the Texas National Guard, said the troops would be “referring and deterring” people who are intercepted at the border, although the National Guard does have the authority under state law to make arrests.

Human rights groups and Democrats said the move was politically motivated and served to further militarize the border, rather than help children who are seeking refuge in the U.S.

Terri Burke, executive director of ACLU Texas, stated, “These are children who are running into the arms of the Border Patrol agents. They aren’t sneaking in… They have come to escape the violence and crime in their own countries. Yet Governor Perry insists on needlessly further militarizing our border for what can only be interpreted as a political stunt.”

We should be sending the Red Cross to the border not the National Guard. #RGV

The Texas Democratic Party said Perry, who is running for president in 2016, was more concerned with “continuing his routine of photo-op politics to further his presidential aspirations” than trying to solve the border crisis.

Perry has long been an outspoken critic of the federal government’s effort to address the immigration issue. “I will not stand idly by while our citizens are under assault,” he said during a press conference, adding that the government’s “lip service and empty promises” have prompted this newest action. The initiative, which the governor dubbed “Operation Strong Safety,” will cost Texas approximately $12 million a month. Perry did not elaborate on how it would be paid for.

Critics said the resources should be used for humanitarian aid rather than law enforcement.

White House press secretary Josh Earnest argued that Perry’s initiative is misguided. “Gov. Perry has referred repeatedly to his desire to make a symbolic statement to the people of Central America that the border is closed, and he thinks that the best way to do that is to send a thousand National Guard troops to the border,” Earnest said. “It seems to me that a much more powerful symbol would be the bipartisan passage of legislation that would actually make a historic investment in border security and send an additional 20,000 personnel to the border,” referring to recent immigration legislation that passed in the U.S. Senate but remains stalled in the House of Representatives.

Perry claimed that in the three weeks since the initiative was launched, an “increased patrol presence” has led to a decrease of 36 percent in apprehensions of children and families crossing the border. But according to Matthew Simpson, policy strategist for ACLU Texas, the immigration wave has not caused an increase in crime and the border crisis requires “increased humanitarian aid, not more law enforcement.”

“Through an enforcement and now military approach, the governor and state leaders divert needed resources from a more appropriate humanitarian response,” Simpson said.