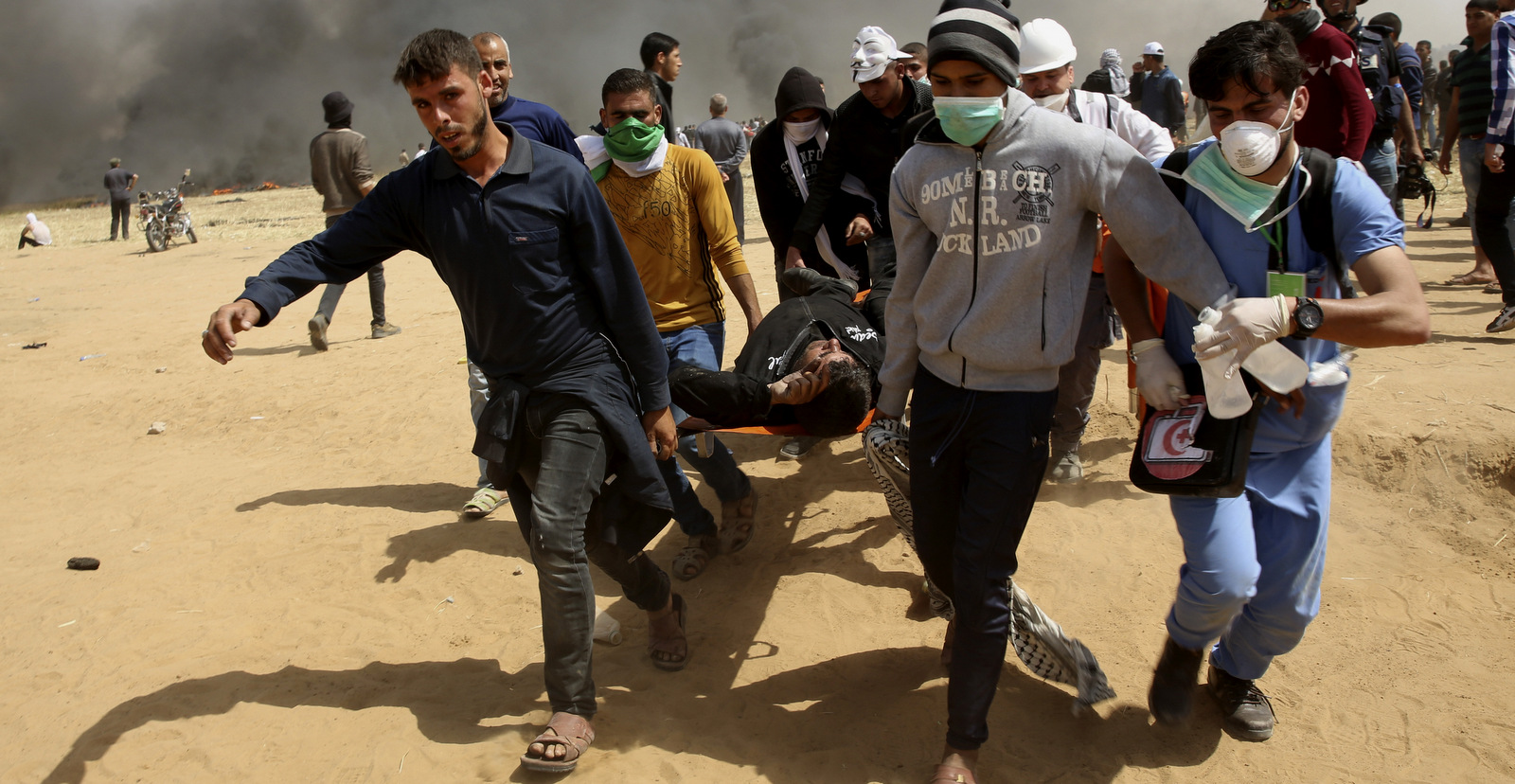 Pre-Meditated Murder in Gaza, How Israel Provided Evidence of Its Own Crimes

The evidence is overwhelming and almost entirely provided by Israeli officials themselves.

A week on from Israel’s deadly crackdown on Palestinian protests in the occupied Gaza Strip on Land Day it is clear that the killing of demonstrators constituted a case of pre-meditated murder. The evidence is overwhelming and almost entirely provided by Israeli officials themselves.

First, consider the Israeli authorities’ preparations and open threats in the lead up to Friday, 30 March. Two days in advance, the head of the Israeli armed forces proudly told local media that there would be more than 100 snipers positioned around the Gaza Strip, mostly from “special units,” who would be authorized to live fire on Palestinian demonstrators.

Meanwhile, a government spokesperson even threatened protesters with a tweeted video of an unarmed Palestinian civilian being shot by an Israeli soldier. No wonder, then, that human rights groups like Amnesty International and B’Tselem warned – ahead of time – that Israeli forces were preparing to “shoot-to-kill unarmed Palestinian demonstrators”.

As an article in Israeli newspaper The Jerusalem Post put it, after last Friday’s bloodshed, “Israeli statements leading up to the incident focused on its readiness to use live fire as opposed to describing how involved its legal apparatus would be in projecting restraint”.

It should be noted that Israeli officials’ open threats have been cited by the army’s admirers as mitigation – “Palestinians were warned!” they say. Though it seems ridiculous to have to point this out, declaring in advance your intent to commit criminal acts not only fails to absolve you, but actually constitutes an important part of the evidence of your guilt.

On the day itself, and in its immediate aftermath, the response of Israeli officials to international criticism was also instructive.

One notable example was the Israeli military tweeting – then deleting – a statement that proudly took ownership of every shot fired: “nothing was carried out uncontrolled,” the IDF Spokesperson said, “everything was accurate and measured, and we know where every bullet landed”.

Army spokesperson Brigadier General Ronen Manelis, meanwhile, explicitly justified the shooting of an unarmed Palestinian as he fled, an incident caught on camera: the young man in question, he said, was “one of the most active participants in rolling burning tyres toward the fence”.

The next piece of evidence is the Israeli army’s rules of engagement and open fire regulations, “which allow snipers to shoot anyone approaching the fence with the intent of breaching it and entering Israel”. This week, Defense Minister Avigdor Lieberman affirmed the rules would stay the same: “if there are provocations, there will be a reaction of the harshest kind like last week.”

The Israeli military has repeatedly insisted that it shot “instigators” and individuals who approached the Gaza Strip perimeter fence; “an unarmed person would be allowed within 100 metres (330 feet) of the border before soldiers opened fire” (my emphasis), according to one report.

As Israeli media has noted, “even the…[army] spokesperson’s statements” themselves “testify to the fact that there is some concern that gunfire was initiated not only when there was a specific and concrete danger from Palestinians, but was also aimed at specific individuals”.

These two justifications for opening fire – the targeting of ‘instigators’ and anyone who approaches the fence – directly contradict Israel’s obligations under international law, which prohibits lethal force except in the case of an imminent threat to life.

As Omar Shakir, Israel and Palestine Director for Human Rights Watch, told The Telegraph: “Senior Israeli officials continue to order soldiers to fire on ‘instigators’ and those who approach the border regardless of whether they pose an imminent threat, a flagrantly unlawful policy that could subject them to prosecution by the International Criminal Court.”

Israeli legal experts have also spoken out, affirming that an attempt to cross the Gaza fence does not constitute a justification for live fire against civilians. As one senior Israeli professor put it, “the fence…is not more sacred than human life, and that includes the lives of Palestinians living in Gaza”.

The rot, however, goes right to the top. As has been noted, the Israeli military’s chief of staff, the head of Southern Command, and the Gaza Division chief “were all present on the ground” on Friday, 30 March – it “beggars belief that they weren’t monitoring use of live (sniper) fire”.

Amos Harel, the military correspondent for Israeli newspaper Haaretz, noted that “testimonies of correspondents on the Israeli side about the rate of firing and Palestinian reports of 800 people wounded attest to very permissive orders given to the snipers”. Harel has also suggested that the army could have been motivated by a desire “to counter claims of weakness” in the media.

Human Rights Watch has stressed that the killing and maiming of Palestinian protesters was “unlawful” and “calculated”. In a striking call for soldiers to disobey illegal orders, B’Tselem was clear that “in line with the instructions given to the civilian leadership, the preparation by senior military officials did not focus on attempting to minimize the number of casualties. Quite the contrary…”

Of course, events in Gaza need to be placed in the context of Israeli occupation forces routinelyshooting Palestinian civilians, in both the occupied West Bank and the Gaza Strip. Those who pull the trigger, and those who give the orders, are almost never held to account. Systematic impunity for those who injure and kill makes for trigger-happy soldiers because they do not fear accountability.

As Palestinians in the besieged enclave gear up for another Friday of protest, Israeli officials – political and military – are doubling down on their threats, and illegal rules of engagement. International pressure is likely the only way to end the Israeli authorities’ policy of shoot-to-kill.

Ben White is a British journalist and activist who primarily writes about the Israel-Palestine conflict.