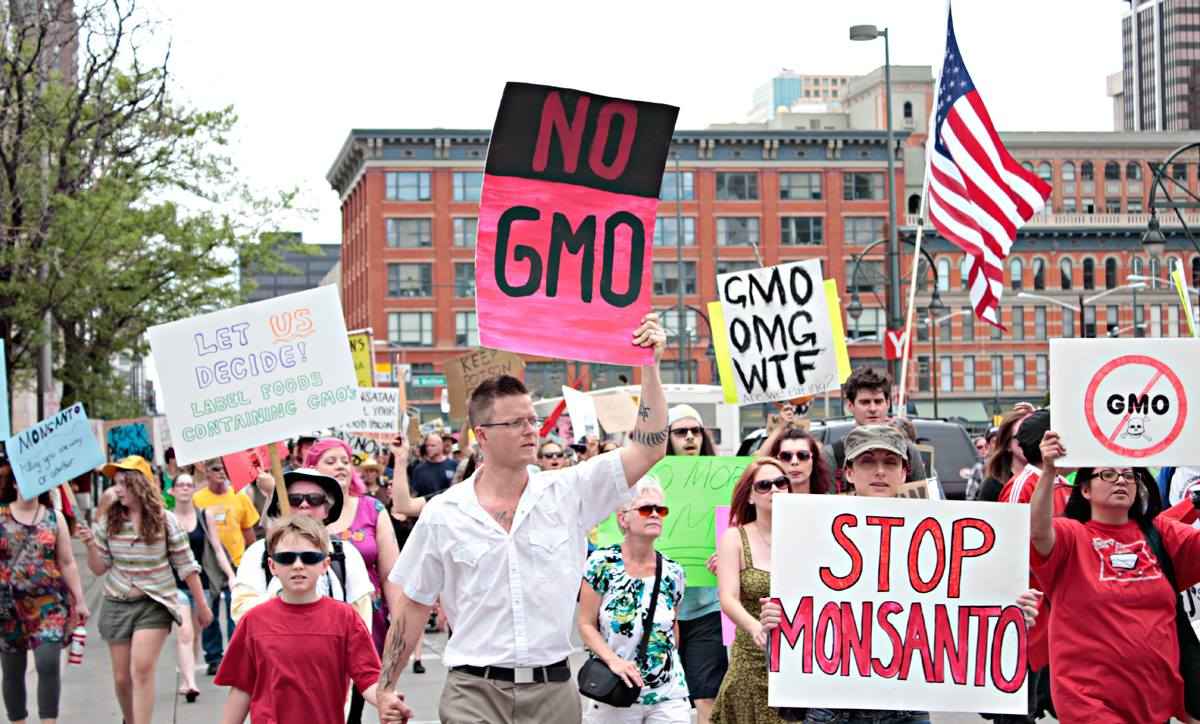 A scene from the March Against Monsanto in Denver, CO. (Photo: MAM)

The city council in Portland, Oregon has unanimously voted to authorize a lawsuit against Monsanto for contaminating its waterways with cancer-causing chemicals. Six other West Coast cities are also suing the bio-agricultural corporation in federal court.

City Attorney Tracy Reeve claims that Portland has already spent a significant amount of public money cleaning up contamination in the Willamette River as well as Columbia Slough. Over a billion dollars has been spent cleaning up just the river, Mayor Charlie Hales told Oregon Public Broadcasting.

The source of their woes are PCBs. Polychlorinated biphenyls are synthetic compounds described as “either oily liquids or solids that are colorless to light yellow” by the Agency for Toxic Substances and Disease Registry, which adds that “Some PCBs can exist as a vapor in air” and have no smell or taste.

“Monsanto was the only manufacturer of PCB’s in the United States from 1939 until PCBs were banned in the late ‘70s,” Reeve told KGW. “During that time there’s documentary evidence that Monsanto knew that PCBs were dangerous to the environment, that they migrated from waterways to fish, from fish to birds and also to people and they, nonetheless, continued to manufacture and distribute PCBs.”

They were produced by Monsanto from 1935 until 1977 as a way to insulate and cool electrical equipment, according to Monsanto’s website. Although Monsanto discontinued producing PCBs in the late 70s, the chemicals can last for decades in the environment.

Although PCBs are not found in nature, humans are most often exposed to them by eating fish caught in contaminated waters, according to the Agency for Toxic Substances & Disease Registry.

Monsanto has responded to the lawsuit with the following statement:

“We are reviewing the lawsuit and its allegations. However, Monsanto is not responsible for the costs alleged in this matter. Monsanto today, and for the last decade, has been focused solely on agriculture, but we share a name with a company that dates back to 1901.”

“That company manufactured and sold PCBs that at the time were a lawful and useful product that were then incorporated by third parties into other useful products. Various municipalities built landfills on their bays and operated them for decades to deposit city waste and PCB-containing products into those waterfront landfills. Manufacturing and industrial facilities also operated in these areas, contributing to PCBs in the general area. If the third-party disposal or municipal disposal practices of the past have led four decades later to the state’s development of lawful limits on future PCB discharges into various bays and rivers through storm water, then those third parties and municipal landfill operators bear responsibility for these additional costs.”