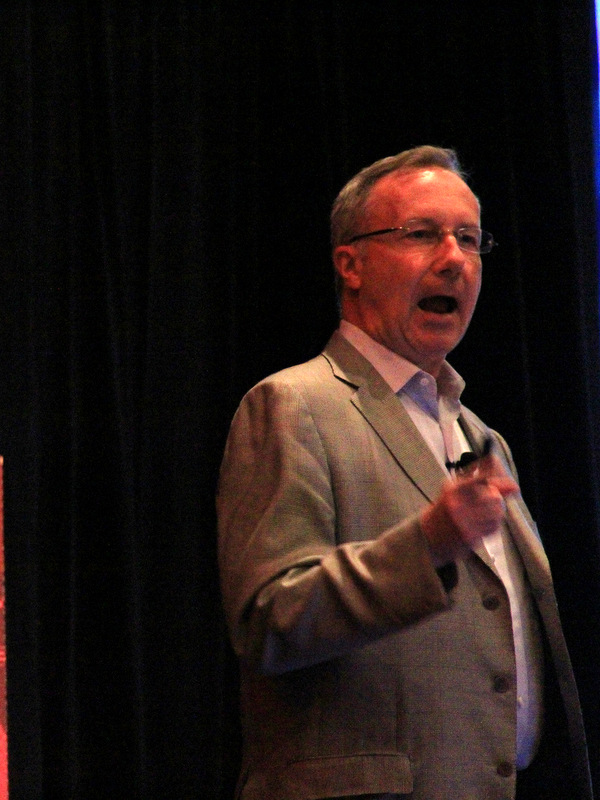 Holleyman is the former president of the Business Software Alliance, a trade organization that counts Apple, IBM, Microsoft and other top software firms among its members. During his two decades at the helm of the alliance, he was influential in lobbying for the Stop Online Piracy Act and the Protect Intellectual Property Act.

If confirmed by the U.S. Senate, Holleyman would work to finalize trade deals with Asia-Pacific and European nations — particularly, the Trans-Pacific Partnership trade treaty.

Senate Democrats have blocked the Obama administration’s current push to get fast-track authorization on the TPP treaty. Fast-track authorization concerns the presidential prerogative to negotiate treaties with congressional input being limited to a simple vote on whether to ratify or not, with the right to consultation denied.

SOPA and PIPA were both defeated in Congress after public outrage made support of the bills untenable. With TPP seeking to push forward many of the more controversial provisions of both SOPA and PIPA — including Internet service providers being made liable for copyright infringement conducted by their customers and the extension of lives of copyrights — there is speculation that the corporate-friendly treaty will face a similar death if Congress is allowed to negotiate it in good faith.

Until portions of the treaty were leaked by Wikileaks, the treaty had been shrouded in so much secrecy that members of Congress were not briefed on the full text. If a member of Congress wanted to see the treaty, he or she would have to go to the Trade Representative Office and read it there without reproducing or transcribing any part of it.

Meanwhile, 700 “stakeholders” representatives had open access to the treaty text and could recommend changes. These representatives were also known as “cleared advisors” representing groups such as the Pharmaceutical Research and Manufacturers of America, the Recording Industry Association of America and the Entertainment Software Association, as well as firms such as Gilead Sciences, Johnson and Johnson, Verizon, Cisco Systems and General Electric.

“From this text it appears that the U.S. administration is negotiating for intellectual property provisions that it knows it could not achieve through an open democratic process,” wrote Henry Farrell in regards to the leaked TPP text. “The United States appears to be using the non-transparent Trans-Pacific Partnership negotiations as a deliberate end run around Congress on intellectual property, to achieve a presumably unpopular set of policy goals.”

Many of the corporations and groups poised to benefit most from TPP are traditional Democratic supporters or major donors to the president’s election campaigns. Since the failures of SOPA and PIPA, the White House has been under enormous pressure to find a way to push through reforms on intellectual property rights and commerce laws for which the president’s business partners have lobbied.

It has been noted that some of the officials leading the administration’s TPP negotiations are former executives of potential TPP beneficiaries. Stefan Selig, a nominee for under-secretary for international trade at the Commerce Department, for example, received more than $9.1 million in bonus pay and $5.1 million in incentive pay for the year from Bank of America when he was nominated in November.

Private Citizens wrote that the banks are interested in TPP because it contains a provision that would allow them to seek damages against regulations that may reduce the value of their investments, such as environmental restrictions that limit the production of a potentially polluting plant. The provision will also allow foreign investors to skip public litigation in domestic courts and allow lawsuits against governments to proceed in international tribunals.

U.S. Trade Rep. Michael Froman received over $4 million in exit payments from Citigroup when he became the U.S. trade representative, in addition to $2 million in payments “in recognition of [Froman’s] service to Citi in various capacities since 1999.”