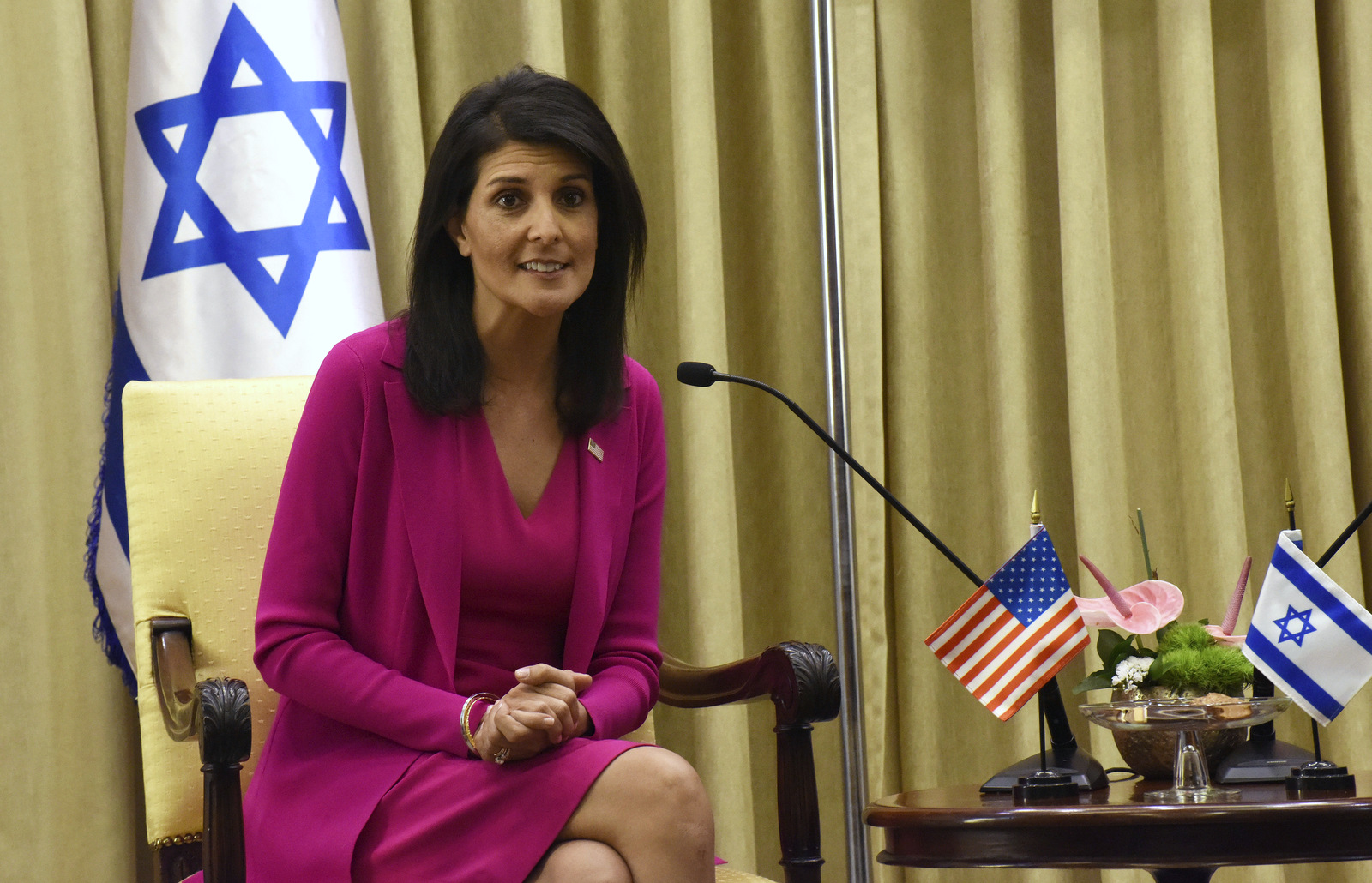 U.S. Ambassador to the United Nations Nikki Haley said on Tuesday that Trump administration wants to stop funding the United Nations Relief and Works Agency, the agency tasked with assisting Palestinian refugees, until they “return to the negotiating table” with Israel.

It was not immediately clear from Haley’s comments if she was referring only to UNRWA’s funding, or to general U.S. funding related to the Palestinian Authority, but either way, her statement will be perceived as a threat and an attempt to coerce the Palestinians into peace talks under the guidance of the Trump administration.

“He doesn’t want to give any additional funding until the Palestinians agree to come back to the negotiation table, and what we saw with the resolution was not helpful to the situation,” Haley said. “We’re trying to move for a peace process, but if that doesn’t happen, the president is not going to continue to fund that situation.”

Haley added that “I stood proudly, even if I was the only hand in the Security Council, to fight for the will of the people of the United States. They wanted to see the embassy moved to Jerusalem and we followed through with that. We very much still want to have a peace process, nothing changes with that. The Palestinians now have to show the world they want to come to the table. As of now, they’re not coming to the table, but they ask for aid. We’re not giving the aid, we’re going to make sure they come to the table and we want to move forward with the peace process.”

It should be noted that in July, the Trump administration signaled that it will continue to fund UNRWA as part of its commitment to achieving a peace agreement. Haley’s statement indicates that now, as the prospects for a peace agreement between Israel and the Palestinians seem almost non-existent, the administration is reversing its earlier decision.

The United States is UNRWA’s leading funder, providing more than $300 million per year.

UNRWA spokesman, Chistopher Gunness, said the organization has not been informed of any changes in U.S. funding to the agency.

Last week, Haaretz reported that the Palestinian Authority is about to hand in the documents required for signing on to 22 international conventions and treaties, 18 of which are under United Nations auspices, in protest against the unilateral American recognition of Jerusalem as Israel’s capital.

This step, which is similar to decisions made in the past by Abbas, is intended to augment the recognition of a Palestinian entity as a signatory state to such treaties, similar to other states.