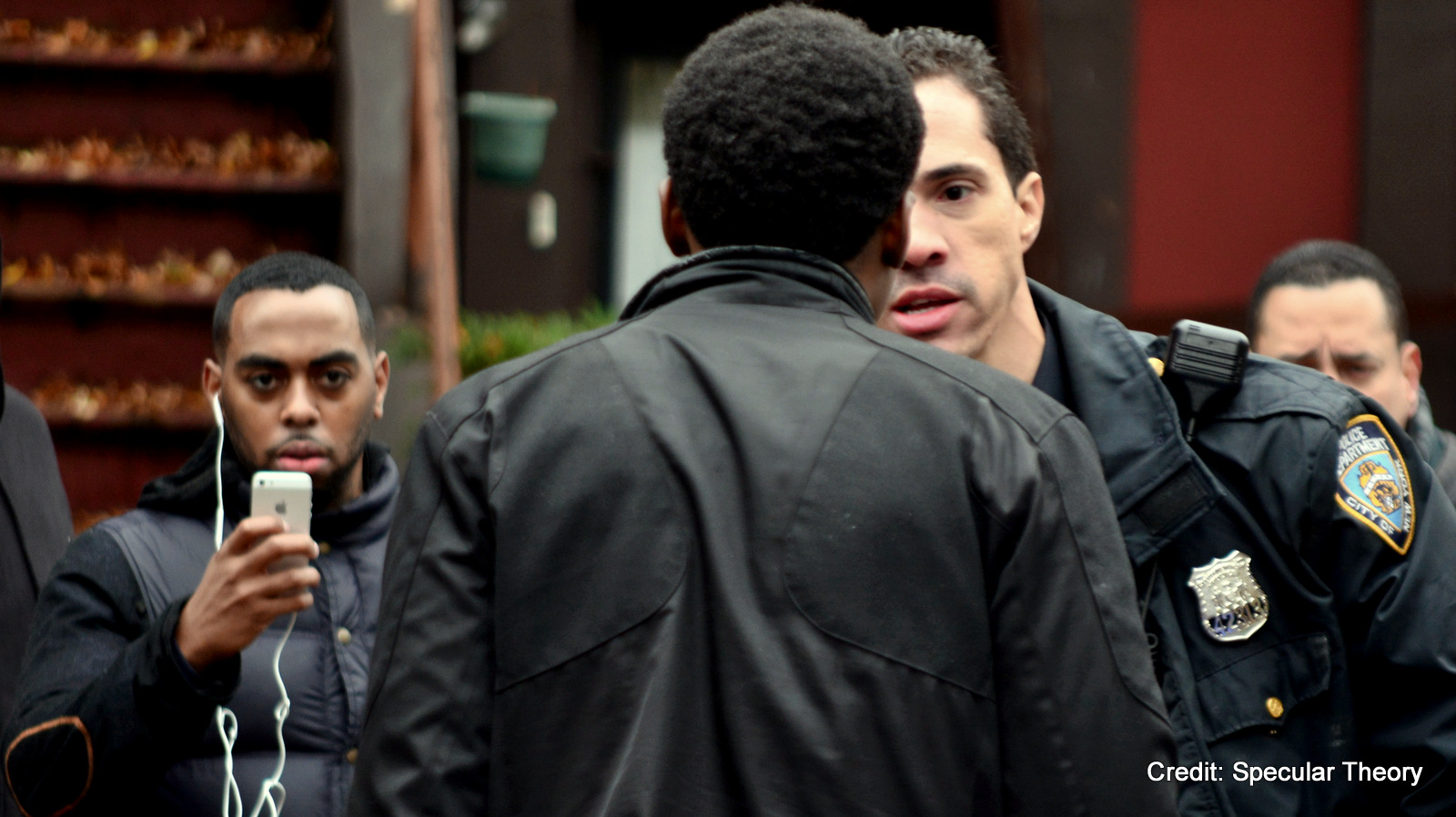 A recent patent by Apple has information rights activists worried the government is looking for ways to control our mobile devices.

In light of the most recent police murders caught on smartphones and, in one case, horrifically livestreamed, it seems there is a caveat to our fears of ubiquitous surveillance: it’s not just citizens who are overseen, it’s everyone — including police officers who use excessive force. Recording police is widely viewed as a way to keep cops accountable and ethical — a kind of panopticon for the people.

However, a recent patent by Apple has information rights activists worried the government is looking for ways to control our mobile devices. A recent post by the American Civil Liberties Union (ACLU) openly speculates that government and law enforcement agencies may try to use an infrared emitter to “turn off” phones when citizens film police abuses.

In her article, “Will Apple’s New Patent Push Delete on Ability to Record Police?” author Nicole A. Ozer discusses the ramifications of a patent Apple finalized in late August. U.S. Patent No. 8,254,902, or “Apparatus and methods for enforcement of policies upon a wireless device,” was developed with the ostensible goal of preventing the recording of copyrighted material — such as iPhones recording concerts that are then posted to YouTube.

However, many are now questioning whether this kind of technology could be used for more nefarious purposes. Earlier this year, we all watched the legal imbroglio between Apple and the FBI over the creation of a “backdoor” into the iPhone. Despite this public confrontation, the reality is that grandstanding aside, there is a strong symbiotic relationship between the government and tech companies. When they flex their draconian might, federal law enforcement agencies virtually always get access to proprietary information or technology — often under the auspices of national security.

Granted, some companies have put up a valiant fight to protect citizens’ information. But we are always one terrorist attack away from a precedent-setting breach of civil liberties.

The technology in the new Apple patent implements an infrared sensor into smartphones that makes it possible to shut down the device remotely.

Author and information rights activist Cory Doctorow did not hedge on the dangers of the patent:

“[This technology] will be a tremendous boon to policemen who shoot unarmed subway riders, despotic armies putting down revolutions as well as anyone else who is breaking the law or exercising coercive power. This is part of an increasing trend to designing hardware and software that allows remote parties to override the instructions of the owners and users of devices. This trend, coupled with the increasing degree to which devices are privy to our secrets, our sensitive information, and even our biological functions, worries me an awful lot.”

In its defense of the patent, Apple made the following statement:

“As wireless devices such as cellular telephones, pagers, personal media devices and smartphones become ubiquitous, more and more people are carrying these devices in various social and professional settings. The result is that these wireless devices can often annoy, frustrate, and even threaten people in sensitive venues. For example, cell phones with loud ringers frequently disrupt meetings, the presentation of movies, religious ceremonies, weddings, funerals, academic lectures, and test-taking environments.”

Apple continued its peculiar statement with some ominous additional remarks.

“Covert police or government operations may require complete ‘blackout’ conditions…..if a terrorist threat or other security breach is detected, [an] airport may disable at least a portion of the wireless communications within a terminal using a policy command, thereby potentially frustrating communications between individual terrorists or other criminals.”

Apple will soon integrate the technology into its phone and the government will, in all likelihood, have the ability to activate the remote shutdown feature. Should we trust that federal and local law enforcement agencies won’t use this innovation to suppress mobile video recordings of criminal police brutality or militarized city lockdowns?

In his novel, Little Brother, Cory Doctorow depicted a world in which citizens use technology to fight back against the surveillance state. In the book, a group of teenagers repurposes a gaming console to encrypt their communications so they can organize a nonviolent coup and expose the constitutional abuses of Homeland Security.

Like a gaming console, a smartphone is primarily used for entertainment, but it has the capability of fulfilling a vital role in social justice across the world. Real-time recording of police transgressions, social media posts that bypass oppressive regimes — these are revolutionary, disruptive technologies. It should come as no surprise the entrenched powers of both dictatorships and democracies are looking for ways to restrict the use of tools that expose government tyranny.

This article (New Apple Tech Could Allow Cops to Remotely Stop You From Filming Them) is free and open source.