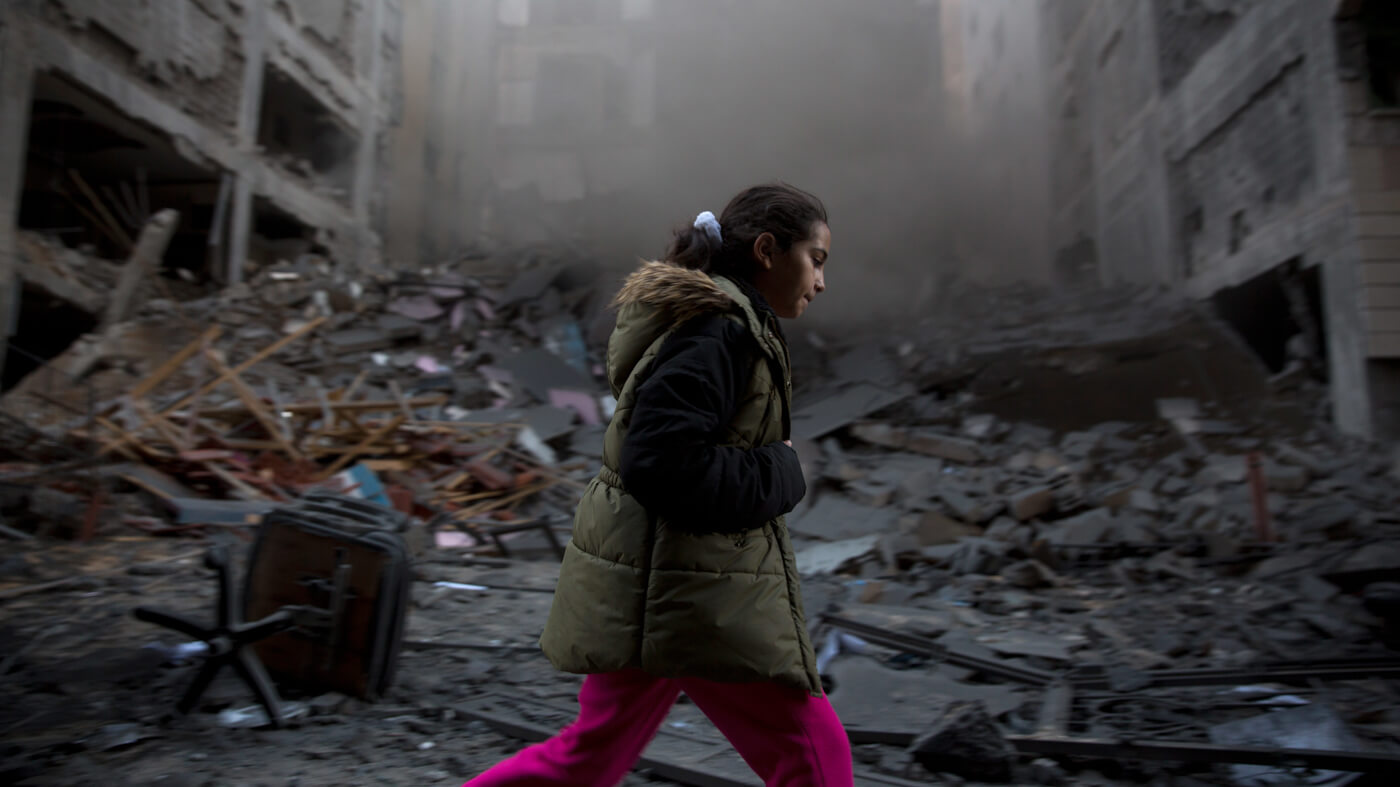 A single chart, or a thousand, can never truly describe the actual terror felt by a million children who feared for their lives during those horrific days; or transport us to a bedroom where a family of ten huddled in the dark, praying for God’s mercy as the earth shook, concrete collapsed and glass shattered all around them.

Palestine can never be truly understood through numbers, because numbers are dehumanizing, impersonal, and, when necessary, can also be contrived to mean something else entirely. Numbers are not meant to tell the story of the human condition, nor should they ever serve as a substitute for emotions.

Indeed, the stories of life, death – and everything in-between – cannot be truly and fully appreciated through charts, figures and numbers.  The latter, although useful for many purposes, is a mere numerical depository of data. Anguish, joy, aspirations, defiance, courage, loss, collective struggle, and so on, however, can only be genuinely expressed through the people who lived through these experiences.

Numbers, for example, tell us that over 2,200 Palestinians were killed during the Israeli war on the Gaza Strip between July 8 and August 27, 2014, over 500 of them being children. Over 17,000 homes were completely destroyed, and thousands of other buildings, including hospitals, schools and factories were either destroyed or severely damaged during the Israeli strikes.

This is all true, the kind of truth that is summarized into a neat infographic, updated occasionally, in case, inevitably, some of the critically wounded eventually lose their lives.

But a single chart, or a thousand, can never truly describe the actual terror felt by a million children who feared for their lives during those horrific days; or transport us to a bedroom where a family of ten huddled in the dark, praying for God’s mercy as the earth shook, concrete collapsed and glass shattered all around them; or convey the anguish of a mother holding the lifeless body of her child.

It is easy – and justifiable – to hold the media accountable for the dehumanization of the Palestinians or, sometimes, ignoring them altogether. However, if blame must be apportioned, then others too, including those who consider themselves ‘pro-Palestine’, must reconsider their own position. We are all, to an extent, collectively guilty of seeing Palestinians as sheer victims, hapless, passive, intellectually stunted and ill-fated people, desperate to be ‘saved.’

When numbers monopolize the limelight in a people’s narrative, they do more damage than merely reduce complex human beings to data; they erase the living, too. Regarding Palestine, Palestinians are rarely engaged as equals; they persist at the receiving end of charity, political expectations and unsolicited instructions on what to say and how to resist. They are often the fodder for political bargains by factions or governments but, rarely, the initiative takers and the shapers of their own political discourse.

A shopkeeper visits with a girl and her mother where he sells snacks in the Old City of Jerusalem, Aug. 10, 2020. Maya Alleruzzo | AP

The Palestinian political discourse has, for years, vacillated between one constructed around the subject of victimhood – which is often satisfied by numbers of dead and wounded – and another pertaining to the elusive Fatah-Hamas unity. The former only surfaces whenever Israel decides to bomb Gaza under any convenient pretext at the time, and the latter was a response to western accusations that Palestinian political elites are too fractured to constitute a potential ‘peace partner’ for Israeli rightwing Prime Minister, Benjamin Netanyahu. Many around the world can only understand – or relate to – Palestinians through their victimization or factional affiliation – which, themselves, carry subsidiary meanings relevant to ‘terrorism’, ‘radicalism’, among others.

The reality is, however, often different from reductionist political and media discourses. Palestinians are not just numbers. They are not spectators either, in a political game that insists on marginalizing them. Soon after the 2014 war, a group of Palestinian youth, together with supporters from around the world, launched an important initiative that aimed to liberate the Palestinian discourse, at least in Gaza, from the confines of numbers and other belittling interpretations.

‘We Are Not Numbers’ was launched in early 2015. The group’s ‘About Us’ page reads: “numbers don’t convey  … the daily personal struggles and triumphs, the tears and the laughter, the aspirations that are so universal that if it weren’t for the context, they would immediately resonate with virtually everyone.”

Recently, I spoke to several members of the group, including the Gaza Project Manager, Issam Adwan. It was, indeed, inspiring to hear young, articulate and profoundly resolute Palestinians speaking a language that transcends all the stereotypical discourses on Palestine. They were neither victims nor factional, and were hardly consumed by the pathological need to satisfy western demands and expectations.

“We have talents – we are writers, we are novelists, we are poets, and we have so much potential that the world knows little about,” Adwan told me.

Khalid Dader, one of the Organization’s nearly 60 active writers and bloggers in Gaza, contends with the designation that they are ‘storytellers.’ “We don’t tell stories, rather stories tell us  … stories make us,” he told me. For Dader, it is not about numbers or words, but the lives that are lived, and the legacies that often go untold.

Somaia Abu Nada wants the world to know her uncle, because “he was a person with a family and people who loved him.” He was killed in the 2008 Israeli war on Gaza, and his death has profoundly impacted his family and community. Over 1,300 people were also killed in that war. Each one of them was someone’s uncle, aunt, son, daughter, husband or wife. None of them was just a number.

“‘We Are Not Numbers’ made me realize how necessary our voices are,” Mohammed Rafik told me. This assertion cannot be overstated. So many speak on behalf of Palestinians but rarely do Palestinians speak for themselves. “These are unprecedented times of fear, when our land appears to be broken and sad,” Rafik said, “but we never abandon our sense of community.”

Adwan reminded us of Arundhati Roy’s famous quote, “There’s really no such thing as the ‘voiceless’. There are only the deliberately silenced, or the preferably unheard.”

It was refreshing to talk to Palestinians who are taking the decisive step of declaring that they are not numbers, because it is only through this realization and resolve that Palestinian youth can challenge all of us and assert their own collective identity as a people.

Indeed, Palestinians do have a voice, and a strong, resonating one at that.

Ramzy Baroud is a journalist and the Editor of The Palestine Chronicle. He is the author of five books. His latest is “These Chains Will Be Broken: Palestinian Stories of Struggle and Defiance in Israeli Prisons” (Clarity Press, Atlanta). Dr. Baroud is a Non-resident Senior Research Fellow at the Center for Islam and Global Affairs (CIGA), Istanbul Zaim University. His website is www.ramzybaroud.net