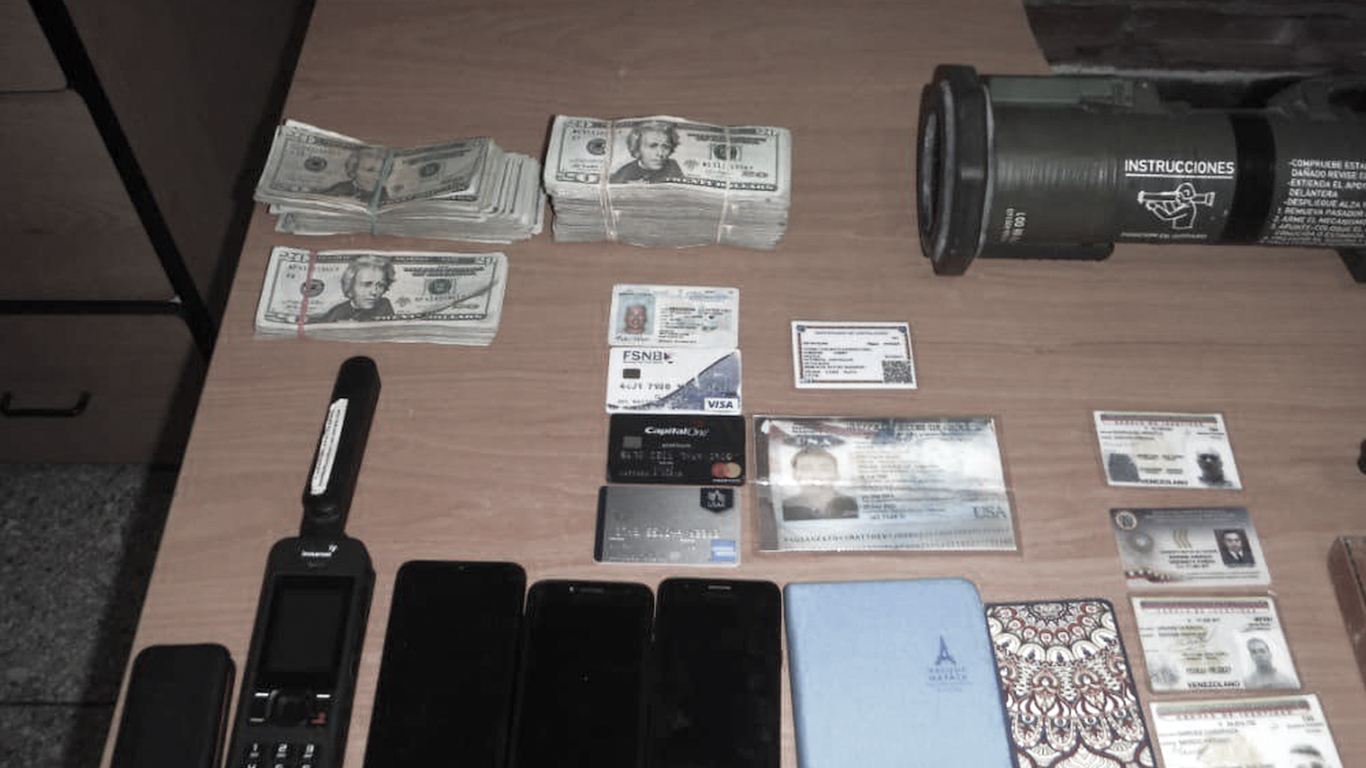 One might think that a supposedly innocent American citizen on trial for terrorism inside a hostile enemy country, facing decades behind bars in Venezuela’s notorious prisons, would spark a nationwide media furor.

CARACAS — Unless you read the local Venezuelan press, you are unlikely to know that an American secret agent is currently standing trial in Venezuela on charges of terrorism and weapons trafficking.

Matthew John Heath was arrested in September outside Amuay and Cardon oil refineries in possession of a submachine gun, a grenade launcher, C4 explosives, a satellite phone and bricks of $20 bills. The Venezuelan government also alleges that he was found carrying a small coin or badge that CIA employees use to prove their identity to one another without raising suspicions. On Wednesday, Heath pled not guilty to all charges.

Situated in Falcon state in the west of the country, the Amuay and Cardon facilities are the largest refineries in the oil-rich nation, considered an enemy of the United States since it elected socialist president Hugo Chavez in 1998. The facilities have been the site of controversy before: in 2012, a fire at the plants killed 55 people; after conducting hundreds of interviews with experts and witnesses and carrying out over 200 inspections and technical tests, the Venezuelan government claimed that the evidence of sabotage was “overwhelming.”

A former marine, Heath is also widely reported to have been a CIA agent, serving the agency as a communications operator between 2006 and 2016, at which time he took a job at security firm MVM (for obvious reasons, the CIA does not confirm or deny the identity of its staff). Although MVM is technically a private company, it was founded by three former Secret Service agents and continues to work closely with Washington. According to business directory Dun & Bradstreet, the firm “provides security staffing and consulting services, primarily to U.S. government entities.” Indeed, the only clients listed on its website are American government agencies. “Need a secret agent?” begins its description of the company.

There is not a hint of this, however, on MVM’s public-facing website, which describes the organization as merely “providing extensive domain expertise in the areas of counter-narcotics, criminal and civil investigations, public safety, and national security.” MVM’s 800 employees, it states, are here to offer “professional and administrative services, … informational technology services, … and mission solutions.”

This follows a broader trend of the U.S. government outsourcing clandestine operations to private contractors — a process that ensures there is less accountability and public scrutiny, as well as one that keeps its more controversial actions at arm’s length. “A lot of what we do today was done covertly 25 years ago by the CIA,” said Allen Weinstein, cofounder of the National Endowment for Democracy, an organization that funds pro-American groups worldwide.

One might think that a supposedly innocent American citizen on trial for terrorism inside a hostile enemy country, facing decades behind bars in Venezuela’s notorious prisons, would spark a nationwide media furor — especially as Heath claims that he was tortured while incarcerated. But far from it. In fact, there has been zero mention of the case in national U.S. media this week, including nothing in The New York Times, CNN, MSNBC, ABC News, The Washington Post, Fox News, or USA Today. This is striking, as the news was published on the largest newswire service, Reuters, meaning that virtually every outlet in the West must have seen it and could freely republish it themselves or use its material for a story.

Virtually the only Western media outlets touching the story were local news stations in Tennessee, Heath’s home state. Yet none of those outlets mentioned Heath’s alleged background as a secret agent, nor the incriminating items in possession of which he was arrested, rather presenting him as a completely innocent victim of an authoritarian regime. Few even offered an explanation as to why, amid a raging pandemic, he would leave the U.S. and go to Venezuela of all places. NBC affiliate WBIR Channel 10 was the only exception, claiming he had traveled there to gain “more boating experience,” a defense that is unlikely to convince many Venezuelan prosecutors.

The State Department, which rarely misses an opportunity to denounce Venezuela’s Maduro government for human rights transgressions, has also been largely silent over the case. Its entire comment on the situation amounts to one tweet from spokesman Ned Price, in which he tepidly asks Venezuela for a “fair trial.”

The deafening silence from Washington and from corporate media suggests that Heath was indeed in Venezuela on official business and that the government has made a conscious decision to cut ties to him, leaving him to his fate so as to not draw more attention to its own actions. Kicking up a storm of protest would entail inviting far more scrutiny upon itself and potentially losing any plausible deniability that it is not engaged in a campaign of international terrorism against the South American nation.

The United States has been carrying out a decades-long push for regime change against the Venezuelan government, supporting coup attempts, funding and training political movements, and propping up self-declared president Juan Guaidó as the country’s rightful ruler. In January, the U.S. lost its most powerful ally in the cause, as the European Union chose to stop recognizing Guaidó after he lost his seat in the Venezuelan National Assembly in recent elections.

Earlier in the year, the U.S. was similarly caught with its hand in the cookie jar, after two former Green Berets led an amphibious invasion on Venezuela with the goal of shooting their way to the presidential palace and installing Guaidó as dictator. The attempt failed spectacularly, and few of the heavily armed fighters managed to even make it to land, the event quickly being dubbed Donald Trump’s “Bay of Piglets.” Trying to defend themselves, the American mercenaries implicated a number of key figures, including Trump himself, as well as former Blackwater CEO Erik Prince. The coup plotters even claim they met at the Trump Doral resort in Miami. Then-Secretary of State Mike Pompeo put out a half-hearted denial, claiming only that “there was no U.S. government direct involvement” in the botched coup attempt.

Heath’s case is the latest in a series of U.S. cloak and dagger moves against the Caribbean nation. Whether he is found guilty or not, it appears that he will be receiving no help from the U.S. government. When things go wrong in espionage, you are apparently on your own.

Feature photo | Items found on Heath at the time of his arrest according to Venezuelan authorities. Photo | Venezuelan Foreign Ministry