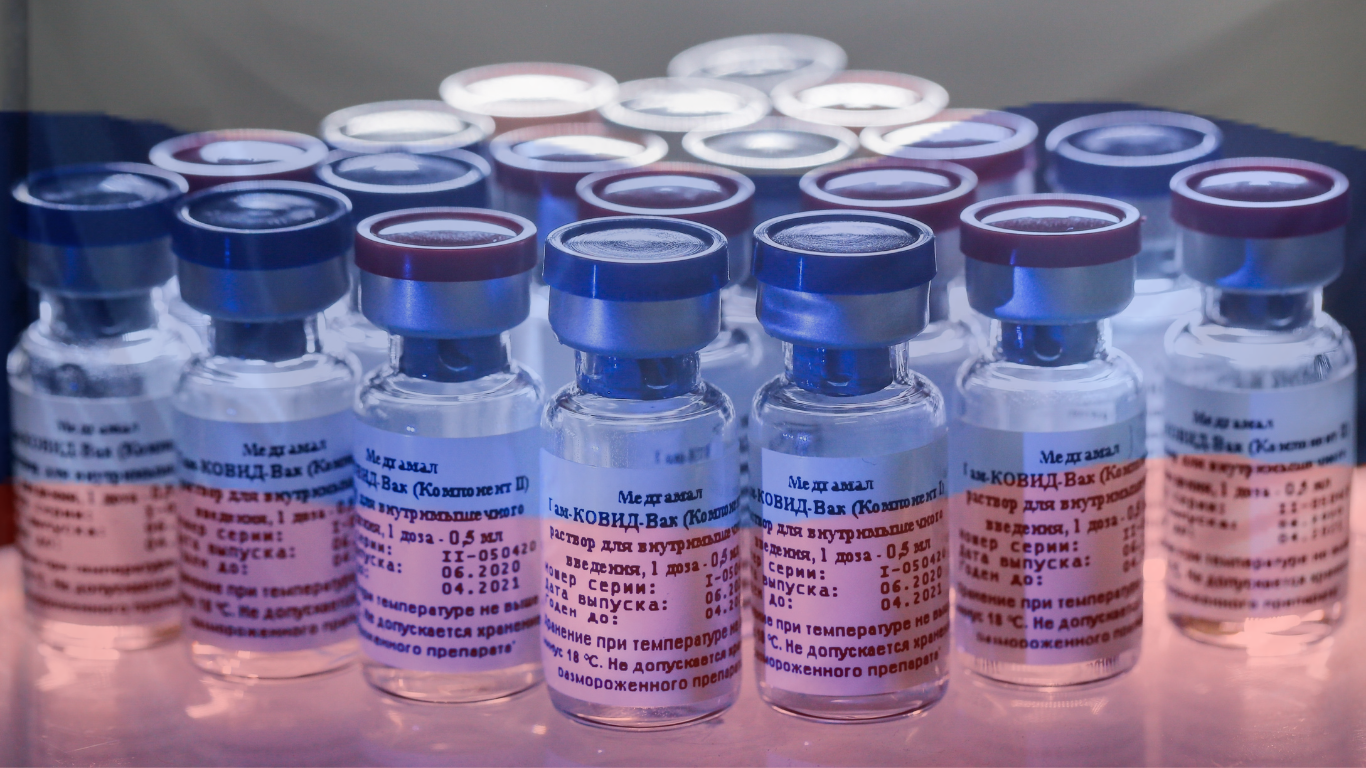 People are already needlessly suffering as a result of renewed great power competition as a recent DHHS report reveals that the first deaths in the second Cold War may have already occurred.

WASHINGTON — A new report from the Department of Health and Human Services (DHHS) boasts that, throughout 2020, it worked with other U.S. government agencies to combat the “malign influence” of Russia, Cuba and Venezuela in the Americas. The two examples it cites are “persuading Brazil to reject the Russian COVID-19 vaccine” and pushing Panama to turn down Cuba’s offer to send doctors to fight the virus.

Partially as a result of refusing aid and following former president Trump’s every order, Brazil is beset by a rampaging virus, having lost over 278,000 people to COVID-19, behind only the United States in total deaths. Brasil Wire’s John McEvoy, who first reported on the news, said U.S. actions had “likely kill[ed] thousands of Brazilians.”

Meanwhile, Panama’s outbreak is, per capita, even worse than Brazil’s, with the tiny nation having already lost 6,000 citizens to the virus.

New documents show that the US pressured the Brazilian government not to buy the Russian vaccine, likely killing thousands of Brazilians.

The world’s most trusted vaccine

The Russian state-funded Sputnik V vaccine is one of the only options for the Global South, as rich, developed countries have hoarded other vaccines, ordering far more doses than would be necessary to treat their entire populations. At the same time, they have struck down attempts by poor nations to waive intellectual property concerns and produce the vaccine themselves — a move condemned by medical organizations like Medecins Sans Frontieres. This means that the Russian, Chinese, or a potential Cuban vaccine currently in the final testing stages are their only hope.

Sputnik V has also been subject to an intense Western propaganda campaign aimed at defaming it. In January, Twitter was even forced to suspend Sputnik’s official account after a hack was detected emanating from Virginia. “Now who in Virginia might want to sabotage a global health initiative by one of Washington’s “official enemies?” wrote former MintPress contributor Morgan Artyukhina, strongly implying she believed one of the many three-letter agencies headquartered in the state was behind the hack.

Despite the defamation campaign, Russia is actually the most trusted vaccine manufacturer worldwide, according to a study of 11 countries conducted by British pollster YouGov. Over a billion doses have already been ordered globally, and a number of European Union members, including Hungary, Czechia and Slovakia, have broken ranks and unilaterally began administering the shot to their populations. An alarmed EU has tried to put a stop to it, urging caution. However, their words have proven ineffective, as the 27-nation bloc’s vaccine rollout has been distinctly lackluster.

Adding to Europe’s woes are the increased worries about the Oxford-AstraZeneca vaccine, with a great many European countries, including Ireland, Austria, Denmark, Bulgaria, Norway and Romania suspending its use. This is due to a potential link to blood clots reported in multiple nations.

The first reports of a potential link to clotting came from Austria. Then a number of Norwegians experienced similar problems, with one person dying. The Italian region of Piedmont also temporarily suspended its vaccination campaign to investigate whether the death of a local teacher had any connection to the jab.

“We can’t allow any doubts about the vaccine,” Dutch Health Minister Hugo de Jonge said, explaining his government’s decision to do the same. “We have to make sure everything is right, so it is wise to pause for now.”

Western media have been extremely cautious in reporting on concerns. In its article yesterday detailing the cavalcade of countries suspending its use, The Guardian included no less than seven separate rebuttals to the idea that the Oxford-AstraZeneca vaccine was dangerous.

Considering the gravity of the situation — a global pandemic that is raging out of control across five continents, already killing over 2.66 million people — this is a pertinent decision, especially as there is already a considerable lack of will among many populations to receive the vaccine.

Blood clots are a relatively common occurrence. Of the millions of people who have already been inoculated with the Oxford-AstraZeneca offering, there have been just 30 reports of blood clots, and only one fatality. One would expect a higher rate among a random sample of the population. It is therefore vastly more dangerous to be exposed to COVID-19 than risk any as yet unproven blood clot from the British vaccine.

The World Health Organization today reconfirmed its faith in Oxford-AstraZeneca. “There is no evidence that the incidents are caused by the vaccine and it is important that vaccination campaigns continue so that we can save lives and stem severe disease from the virus,” they stated.

The Guardian’s sobriety is in complete contrast to how it has portrayed Sputnik V, describing it as “controversial,” its development “reckless and unethical,” claiming there was a “rising chorus of concern” from experts about its safety, and generally framing it as unconvincing and suspicious. This naysaying only appeared to change after it was announced that Sputnik V might be combined with Oxford-AstraZeneca to increase effectiveness. Last month, the Lancet, the most prestigious medical journal in the world, came out to fully endorse Russia’s vaccine offering as both safe and effective.

Meanwhile, much of Western reporting on the Chinese Sinopharm vaccine has been beyond irresponsible. Reuters, for example, published an article entitled “Peru volunteer in Sinopharm vaccine trial dies of COVID-19 pneumonia, university says.” Yet later the same article reveals that she had, in fact, not even received a vaccine, but was part of a control group receiving a placebo. Meanwhile, The New York Times ran a story with the headline “Brazil resumes Chinese vaccine trial after a brief suspension following the death of a volunteer.” The person in question committed suicide, as the article notes. However, the majority of news consumers do not read past the headline, meaning that both these examples sow false doubt about the Chinese vaccine’s effectiveness. This, or the desire to generate traffic with clickbait, are the two most likely explanations for such misleading journalism.

It is a similar story on social media. Twitter’s editorial team put up a message today on its homepage noting that there is no causal link between Oxford-AstraZeneca and blood clots. It has also banned users who spread COVID-19 conspiracy theories about Western vaccines. Yet defaming those from America’s official enemies is commonplace on its platform. “Since Russia so flagrantly cheated in sport’s doping over decades, why would anyone trust data coming out of Russia for their Sputnik vaccine?” Bill Browder, CEO of Hermitage Capital tweeted last week to his audience of over a quarter million people.

Fugitive con artist spreads Covid vaccine disinformation. Many have had their social media accounts wiped out for less. https://t.co/3S5itU4QAj

The Guardian warned that the mass uptake of Russian and Chinese vaccines across the Global South meant that the West was “falling behind in the race for influence.” Considering that the U.S. is offering little except pressure not to take up Russia, China or Cuba’s offers, they are probably correct. Corporate media’s worry over so-called “vaccine diplomacy” hints at a broader reason for the negative coverage of the Russian and Chinese offerings.

It is little secret that we are entering a second Cold War with both Russia and China. War planners and policymakers have, for years, been discussing how to attack those nations militarily, economically and through propaganda.

In recent months, the U.S. has sent warships and bombers to the South China Sea, testing Chinese coastal defenses. In July, American destroyer the U.S.S. Rafael Peralta sailed just 41 nautical miles from the coastal megacity of Shanghai. President Trump also attempted to impede China’s economic rise, placing sanctions upon the country and attempting to stop the spread of Huawei’s global 5G network. Meanwhile, some U.S. war planners are advocating a wholescale psychological war against China. The Pentagon’s budget request for 2021 makes clear that they envisage a shift away from the Middle East and towards Russia and China as their new focus.

The U.S. public has already been convinced, by and large. After years of negative publicity, Americans’ opinions of those two nations have slumped to below 1980s levels, with only 22% and 20% of the public holding positive opinions about Russia or China, respectively.

Virtually all the victims of the first Cold War were in the Global South, in countries such as Vietnam, Cambodia or Guatemala. People are already needlessly suffering as a result of renewed great power competition. What this latest DHHS report reveals is that the first deaths in the second Cold War have already occurred.

Feature photo | Vials of the Sputnik V COVID-19 vaccine are displayed at the Nikolai Gamaleya National Center for Epidemiology and Microbiology in Moscow. Alexander Zemlianichenko Jr | Russian Fund for Direct Investment via AP