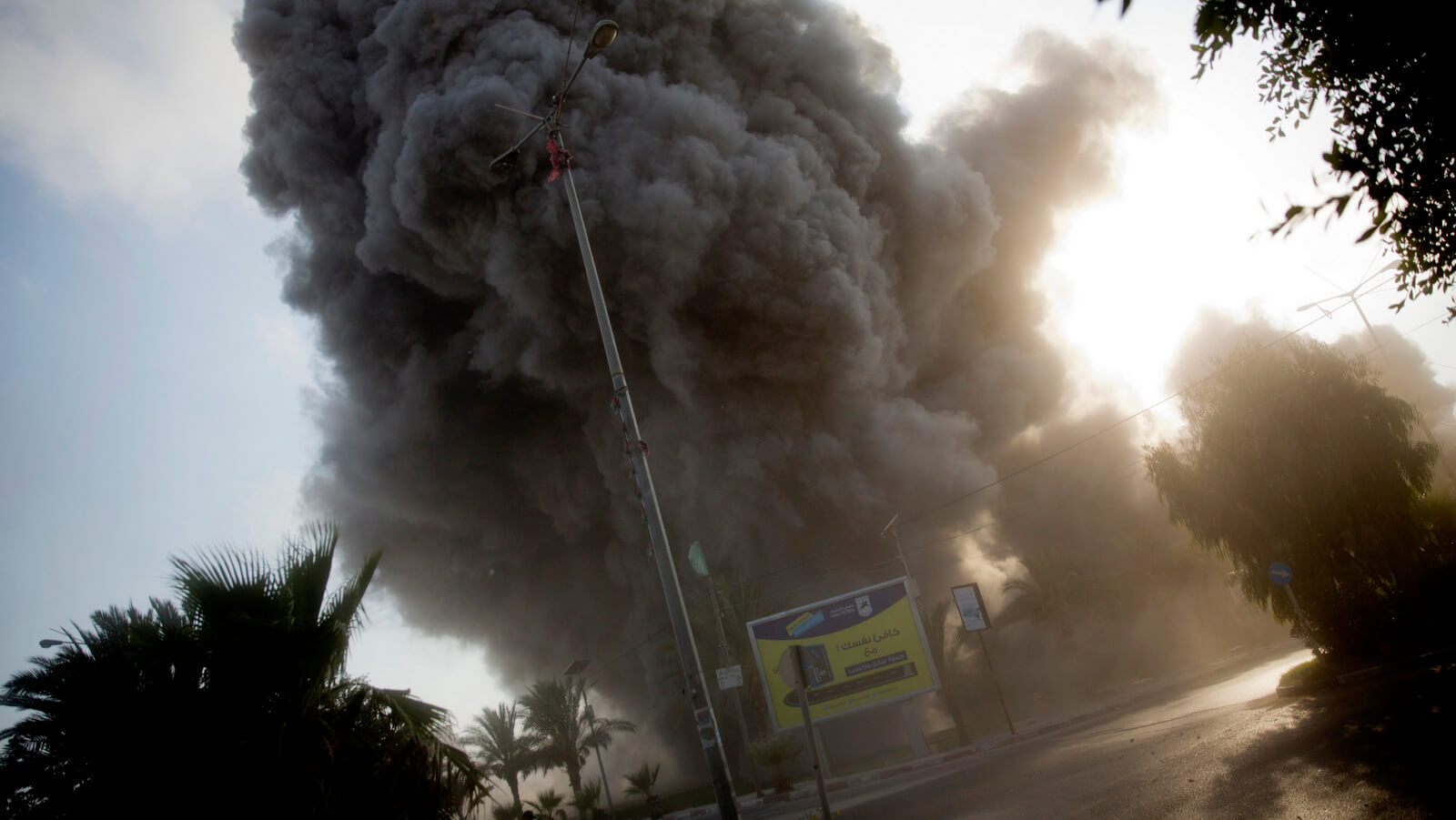 A ceasefire between the resistance group and the occupying entity was brokered Saturday following this weekend’s heavy shelling by Israel.

Gaza (GPA) – The Israeli Air Force launched aircraft at a group of Palestinians launching incendiary balloons a group Sunday evening, challenging the commitment to a ceasefire agreed upon between ‘Israel’ and Hamas earlier this weekend.

A ceasefire between the resistance group and the occupying entity was brokered Saturday following this weekend’s heavy shelling by Israel during the 16th week of the ongoing Great Return March protests.

The occupying state also said it would open its blockade zone and expand the original fishing zone if the ceasefire was respected.

Four Palestinians were killed Friday and 120 injured following a series of attacks by the Israeli Occupying Forces (IOF) near the Gaza strip border. Among those killed were Mahmoud Khalil Qishta, 23,  killed in Rafah; as well as Mohammed Riyad Farahza, 31, and Shahban Rihab Abu Khater, 26, both killed in Khan Younis.

The three were fighters with the Al-Qassam Brigades, a military wing of Hamas. A fourth Palestinian, Muhammad Badwan, 24, was shot in the chest as he was participating in protests on that same day in east Gaza City.

The attacks came following the death of an IOF soldier by a Palestinian sniper, with Israel responding via another deadly wave of aerial bombings. The IOF also bombed east of Rafah city Thursday, killing Abdul-Karim Radwan, 38, and injuring three others from shrapnel.

The aerial bombings came as Israeli Defense Minister Avigdor Lieberman reiterated his commitment in a statement Friday to launch a “wide-scale and painful military operation,” blaming Hamas for instigating via incendiary balloons and kites against Israel.

“Israeli killing and aggression will increase their costs,” Hamas spokesperson Fawzi Barhoum. “And [the state] must bear the consequences.”

He emphasized the commitment of groups fighting Israel’s “targeting and escalation” is “governed by the right to defend its people.”

Attacks against Palestinian demonstrators also affected the West Bank. At least three more Palestinians were injured that same day in a violent crackdown by IOF forces against weekly Great Return March demonstrations against settlements in the village of Kafr Qaddum, 17 kilometers east of Qalqilya.

More recently, following the ceasefire, the IOF participated in a night raid on a Palestinian home in the Dheisheh refugee camp. In response to resistance and retaliation from civilians, IOF shot and killed 15-year-old Arkan Mezhe in the chest, according to the health ministry.

Luay Khaleel, 16 and Amir al-Nimra,15, were also killed the following day in an air raid as they played on the rooftop of a building.

Israel is continuing the blockade of Gaza’s main commercial paths from humanitarian assistance and also by limiting the Palestinian coastal enclave’s fishing zone on July 9.

Israel’s intensification of its air strike campaign, it’s third since 2008 and heaviest since 2014, follows a steady increase in military aid from the United States and ongoing enactment of a State Department 10-year Memorandum of Understanding signed September 2016 that gives $38 billion in military aid and missile defense to Israel.

US supplied F-35 jets are also used in attacks against Syria. Along with Israel, the United Arab Emirates and Saudi Arabia buy the planes from the United States in their wars waged against Yemen as well as Palestine and Syria.

In the last 24 hours alone, the IOF waged airstrikes against 60 locations in Gaza.

Top Photo | An Israeli airstrike hits a government building in Gaza City, July 14, 2018. The Israeli military carried out its largest campaign of airstrikes in Gaza since it’s 2014 assault on the strip. Khalil Hamra | AP