As world leaders gathered in Jerusalem to commemorate the 75th anniversary of the liberation of the Auschwitz death camp, Zochrot, an Israeli NGO that works to raise awareness among Israeli Jews of the injustices faced by Palestinians, posted a comment on their Facebook page. The post, written in Hebrew, reminded visiting world leaders that the Israeli Holocaust Museum, Yad Vashem, was built on a hill once called Hirbet Elhamame in Arabic. Zochrot pointed out that Mount Hertzel, where the Israeli National Cemetary now sits and where Zionist dignitaries are buried, was built on a hill once called Jabal Elsharfa. Both hills belonged to the Palestinian communities that resided in the area for generations until they were brutally forced to leave by invading Zionist colonizers.

Palestinians, once the owners of the lands that span those hills, are now banned from returning. They were never compensated for their loss, or for the chilling brutality they endured. In its post, Zochrot asks world leaders whether those Palestinians will also be remembered during their visit to the Holocaust Museum.

From the balcony of the museum, Zochrot continues, one can look to the north and can see the remnants of what was once a Palestinian village. On April 9, 1948, that village was attacked and destroyed. Countless residents were massacred and untold numbers of men, women and children were forced to flee. The name of that village was Deir Yassin. The notorious brutality of what came to be known as the Deir Yassin massacre went on for days and was committed by invading Zionists only three years after Auschwitz was liberated by the Russain army.

A tweet posted by Naftali Bennett, the Israeli Minister of Defense, shows him on BBC debating Palestinian lawyer Diana Buttu. In the clip, Bennett claimed that for the past 71 years Palestinians have done nothing but victimize themselves. He stated that while Jews had risen from the Holocaust and created a country, then went on to invent computer chips and cherry tomatoes, Palestinians invented terrorism. The claim is typical of the racism that pervades Zionist ideology and shows more ignorance than anything else. Since Bennett, in his ignorance, has not heard of any Palestinian achievements, they must not exist.

Bennet’s claim, however reductive and hateful it may be, needs to be dissected. He says, effectively, that Jews suffered a tragedy and then built Israel and achieved great things while Palestinians do nothing but complain. The truth is that Jews did experience horrific suffering during the Holocaust and that Zionists in Palestine inflicted horrific suffering on the Palestinians, and they continue to do so to this day.

In spite of the genocide, ethnic cleansing and apartheid that Palestinians have endured for over one hundred years, they have managed to make enormous contributions in almost every field imaginable. While Israel perfected the art of murder by inventing weapons that are so cruel and unusual that their use violates international law, the Palestinian diaspora has prospered and contributes to its host communities around the world.

Few Israelis know this and why should they? One can hardly find a book by or about Palestinians in Israeli bookstores. Outside of Israel, however, it is well known that some of the finest intellectuals, writers, and poets the world has known are Palestinian. The list includes respected luminaries like Dr. Walid Khalidi, Dr. Edward Said, May Ziadeh and Ghada Karmi. It includes writers like Susan Abulhawa, Ibrahim Nasrallah and Ghassan Kanafani, poets like Fadwa Tuqan, Mahmoud Darwish and Taha Mohammad Ali. It includes many of the engineers and architects who built the Gulf states and some of the finest doctors working in Israeli hospitals.

Rising from the Holocaust

The Jewish communities’ ability to recover after the Holocaust has nothing to do with Israel. The fact that Jewish people were able to rebuild their communities in Europe, in the United States, and elsewhere and to gain rights and flourish in the countries of the world is indeed remarkable.

After visiting the Ultra Orthodox Jewish neighborhoods of upstate New York in early February, I wrote about the experience of seeing a community reborn. I watched thousands of young Ultra Orthodox Jewish children run to school in the morning, dressed as their grandparents had before the Holocaust, to receive a Jewish education just as their forefathers had.

This community was built mostly by Hungarian Jews, survivors of Auschwitz who were determined to recreate the flourishing Jewish communities that existed in eastern Europe before they were destroyed by the Nazis. Furthermore, many, if not most of these communities, have openly rejected Zionism and the State of Israel. 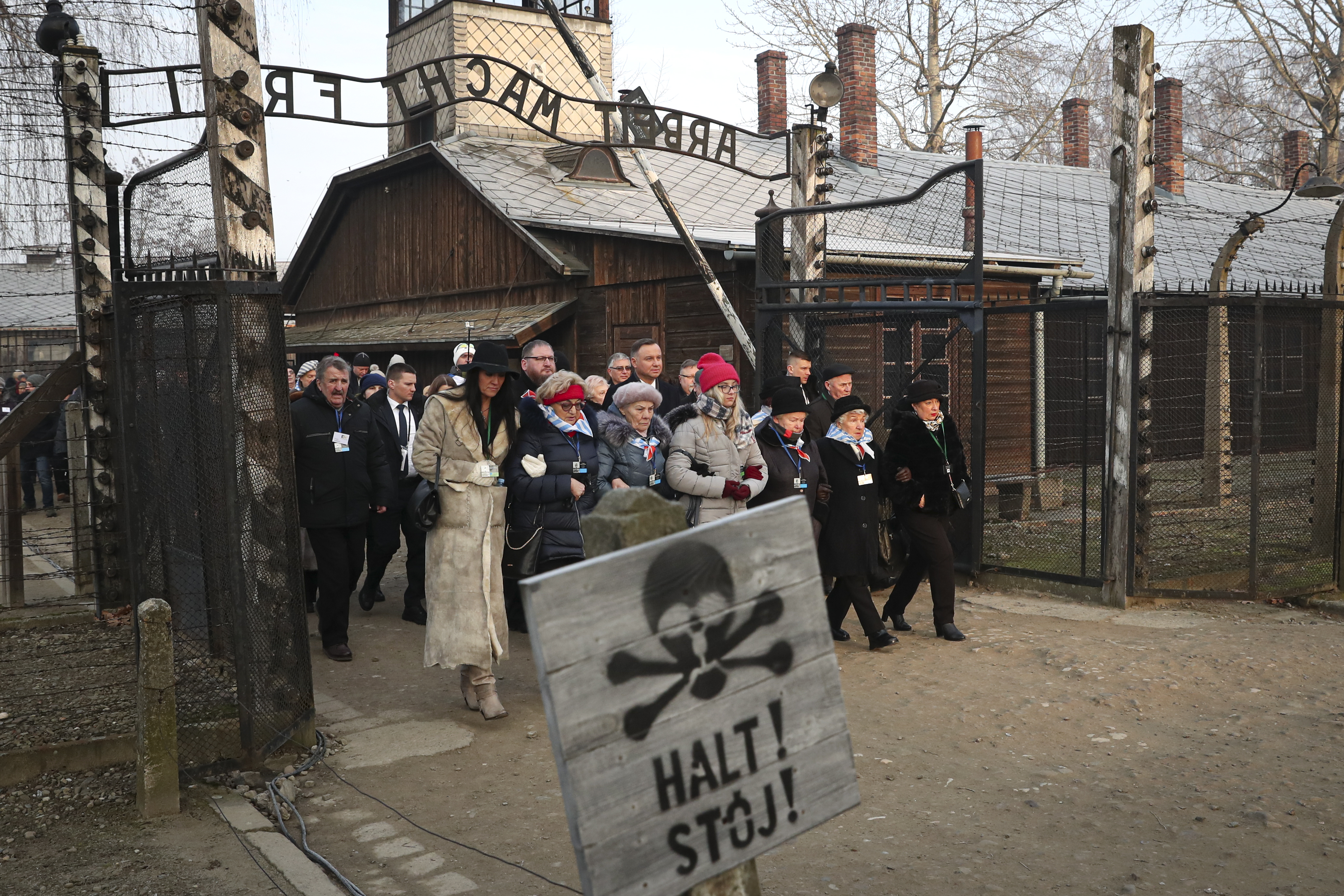 Poland’s President Andrzej Duda walks with survivors through the gates of the Auschwitz in Oswiecim, Poland, Jan. 27, 2020. Czarek Sokolowski | AP

Bennett is an excellent spokesman as long as his audience is ignorant. His attempts to falsify history work wonderfully with an audience that is uninformed. Holding Palestinians responsible for terrorism, claiming they invented suicide terrorists, is a popular trope among those willing to fall prey to the cheap demagoguery of racist politicians. The truth, however, is that there is, and never was, such a thing as Palestinian terrorism.

Palestinians have always fought for their freedom and justice and they used whatever scant means were available to them to do so. Terrorism was brought to Palestine by its Zionist colonizers and they have used it to achieve their goals for over one hundred years. Today, with the advent of modern weapons systems, many developed by Israeli arms manufacturers, the casualty count and the number of injuries from Israeli state terrorism is higher than ever before.

The kidnapping of Jewish history

Today’s Zionists have kidnapped our Jewish history and made it their own. They have added elements from outside the bounds of history, elements to which there is no scientific or historical proof, and that are mixed with a version of history that is being used to create a myth to sell to the world. The Zionist myth is one so romantic and heroic and biblical sounding that no one dares question it.

Where they crossed the line is with the Holocaust. Israel demands that all people, and indeed all governments, accept their version of history while ignoring the fact that even as the Holocaust was taking place, Zionists were engaged in the ethnic cleansing and genocide of the Palestinian people.

The Holocaust should not be commemorated in Israeli museums and institutions. It must be commemorated where it took place. Those who wish to commemorate the Holocaust should travel to Europe and walk the hallow grounds where millions were killed. See the train tracks, the mass graves, the ruined synagogues and then swear to do whatever it takes so that it never happens again. Swear to see to it that minorities, refugees and all those who are disenfranchised, are lifted and protected. Commemorating the Holocaust in Palestine is wrong, especially as one can still see the remains of Deir Yasin from Israel’s Holocaust Museum.