Children of a logger in the wait to be transported along the Lomami River, a tributary of the Congo River. Approximately 40 million people in the DRC depend on the rainforest for their basic needs, such as medicine, food or shelter. (Photo: Greenpeace/Jiro Ose)

A UK-backed deal to protect the world’s second largest rainforest is struggling, just over a year since it was signed and amid rising concerns over deforestation, corruption and political instability.

Back in April 2016, the Democratic Republic of Congo (DRC) signed a landmark deal to protect its vast rainforest.

Stopping deforestation there is seen as key to the future of many indigenous groups, numerous animal, and plant species and to preventing catastrophic climate change.

The Central African Forest Initiative (CAFI), saw the Norwegian government – backed by the European Union, the UK, France, Germany and, more recently, the Netherlands and South Korea – pledge hundreds of millions of dollars to aid development in the countries that are covered by the Congo Basin rainforest. The UK has not put up any money for the project but is supporting it.

If all went to plan, DRC, which has 155m hectares of forest, more than the size of the UK, Ireland, France and Spain combined, would receive a stream of development aid over the next few years, in exchange for preserving its rainforest.

The other African countries involved in the scheme – Central African Republic, Cameroon, Equatorial Guinea, Gabon and the Republic of Congo – would also get support.

But with DRC bogged down by political upheaval, corruption, and violence, can the $200million initiative to protect the world’s second largest rainforest survive? We spoke to some of the project’s key decision makers to try and find out. 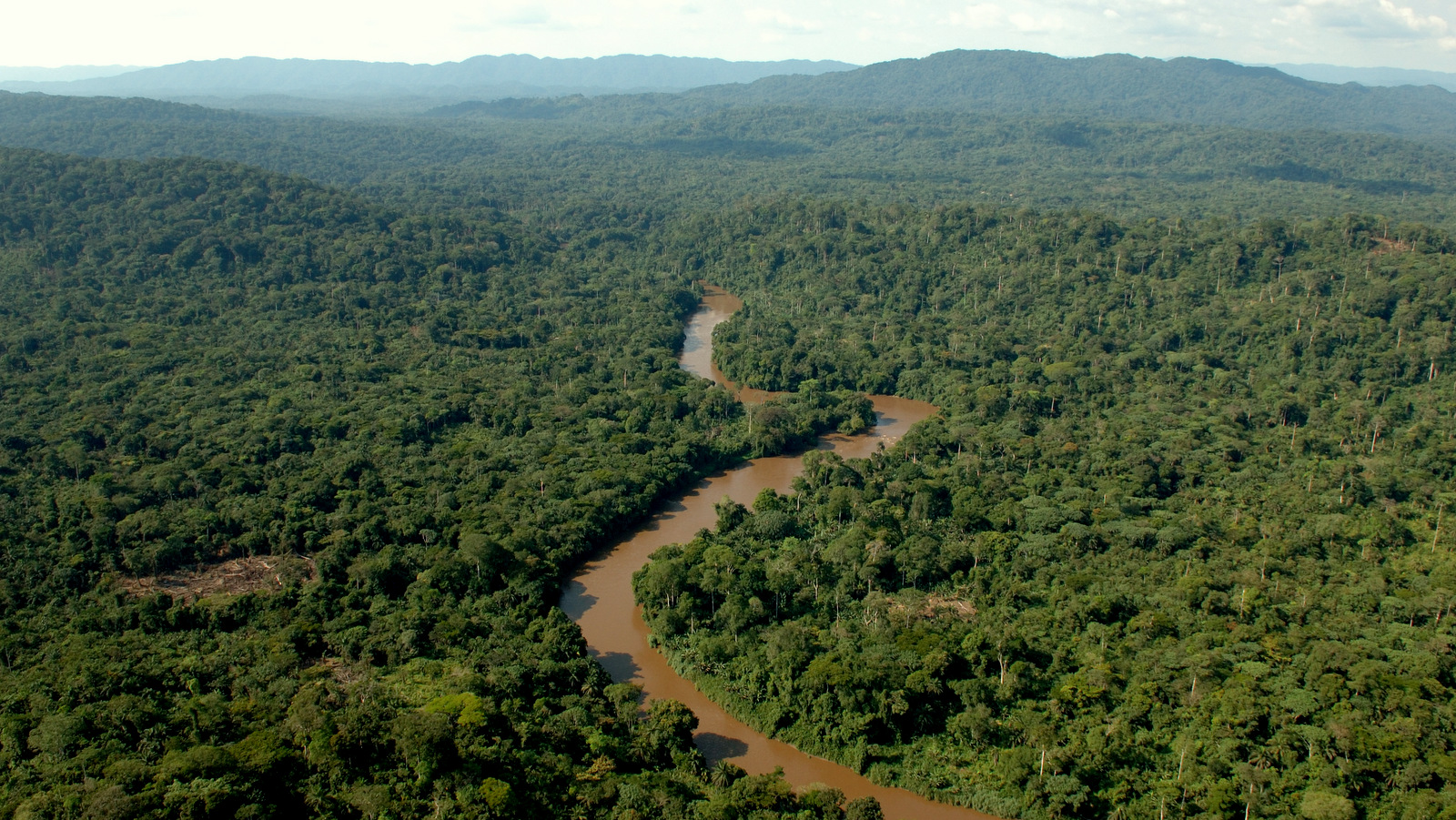 “DRC is a very complex country to operate in,” says Berta Pesti, head of the Cafi secretariat for the United Nations Development Programme (UNDP).

The country has been in political turmoil since last September when Joseph Kabila refused to stand down after the end of his second five-year term as President.

In December, 20 people were killed in violent confrontations between security forces and protesters as demonstrations took place in the capital Kinshasa at the turn of the year, and in February, the country budget minister said the country “could not afford” to hold an election in 2017.

The unrest has also been marked by a clampdown on foreign NGOs in the country.

Last summer, two researchers from Global Witness were expelled from the country. Weeks later, Human Rights Watch Africa expert Ida Sawyer, was barred from DRC, in what the organisation described as “a brazen attempt to muzzle reporting on the government’s brutal repression of those supporting presidential term limits.”

The tumult has had an impact on Cafi.

Funding for projects, which had been approved at the start of the year, has been frozen since February after Greenpeace and a host of other international and local NGOs revealed that the country’s former environment minister Robert Bopolo Mbongeza signed documents pledging logging concessions in northern Congo to two companies.

Three months after the existence of those concessions was made public, little has changed.

As Pesti explains, the Cafi executive board presented the Congolese government to comply with three conditions to unfreeze funding.

According to Pesti, the first two conditions – which looked to create an action plan on how the breaches could be prevented in the future and establish internal controls to stop breaches occurring from within the environment ministry in the future – have been met, but the third, to cancel the concessions, has not.

With the government in a state of flux, the DRC environment ministry says it has been unable to get the authority to cancel the concessions.

“We have yearly disbursements,” says Pesti. “We have funding allocated for the rest of the year and we hope that this funding will come through because these concessions will be canceled.”

Norway environment minister Vidar Helgesen said the Norwegian government, which is the major funder of the initiative, was “aware of the political situation in DRC”.

“We anticipate that the next government will follow up on the existing government`s public commitment to cancel these illegal logging licenses. In general, the risks associated with having an active engagement with the DRC is mitigated by working through international delivery partners like the UN and the World Bank, where we rely on their due diligence and performance standards to protect our investments and interests.”

Jules Caron, a campaigner at Global Witness, is less optimistic.

He suggests that while the project is hampered by the political situation in DRC, he also bemoans what he describes as Norway’s “bungled” approach to preventing deforestation and a lack of knowledge about what he call the “realities of the forests in Congo”.

“The entire CAFI program in DRC is based on a fundamentally flawed analysis of what is causing deforestation in the Congo and what is needed to stop it,” he says.

“Perhaps the Norwegian government has been stung by deserved criticism of its dismally slow spending in most of its other forest and climate programs, but in CAFI the sole priority seems to be to get the money out of the door quickly. It is turning into a case study of how not to protect forests with international funding.” With DRC’s logging moratorium approaching 15 years since it was created, it is likely to come under scrutiny in the coming months.

Ostensibly created to prevent a mad dash for natural resources as the country emerged from civil war in 2002, the logging moratorium has survived just about intact to this day.

The current labour minister Athys Kabongo Kalonji pledged to honour the moratorium during his brief spell in the environment ministry earlier this year. He told Voice of America in February he intended to be a “defender of forests”.

“It’s ultimately a decision for a sovereign government,” says Pesti, when discussing the future of the ban. ““As expressed in the letter of intent, Cafi expects the lifting of the moratorium to comply with the legal requirements – this is a milestone that will be subject to independent verification whose result will trigger the disbursement of the second tranche of the Cafi funds.”

Corruption remains another threat to the success of Cafi, something Helgesen is mindful of.

“Obviously, corruption is a major obstacle to development in general and the fight against deforestation and climate change in particular,” he writes.

“Norway and other donor countries, together with the international community at large, is committed to improve the governance situation and we have taken necessary steps to protect our interests. Our partnership with DRC is therefore designed to manage and minimise these risks. For instance, the DRC National REDD Fund is managed by the UNDP Multi-Partner Trust Fund Office, and only internationally recognised agencies are accredited as implementing agencies. In addition, improved governance is featuring prominently in several program areas of the partnership, with one separate program area dedicated exclusively to improving the governance situation.”

With forest conservation, a major part of the international plan, outlined in the Paris Agreement, to limit global warming to 1.5 degrees, conserving the Congo Basin has perhaps never been more important.

“The entire global weather system is driven by hot spots near the equator where moist air rises up and condenses at high latitudes and that’s the engine of the entire global weather circulation. The three strongest hot spots that drive that are the Pacific Ocean, the Amazon rainforest and the Congo Basin. It’s difficult to model, but as with the Amazon, deforestation in the Congo Basin is likely to have a global impact.”

Much of the region is one of the few pristine forest environments left on earth and home to gorillas, forest elephants and bonobos.

But in recent years logging and palm oil interests have looked at the area as a possible target for investment.

“People are optimistic,” says Pesti, giving an assessment of Cafi is at. “But we know there’s a lot of work ahead of us. There’s a lot of milestones in that letter of intent and a lot of things to achieve by the end of this year. So we hope that the good work will continue and we will collectively succeed in preserving the second largest tropical forest of our planet.”