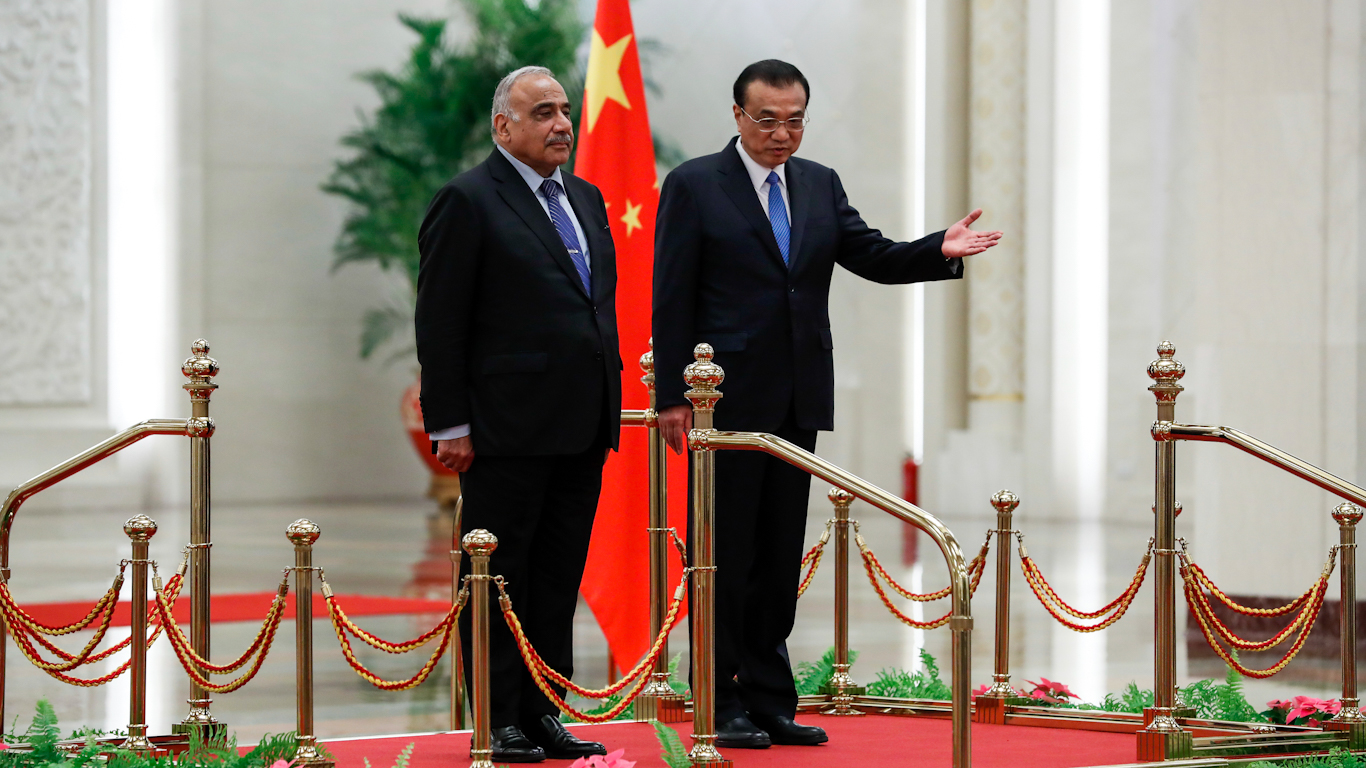 A much anticipated American foreign policy move under the Biden Administration on how to counter China’s unhindered economic growth and political ambitions came in the form of a virtual summit on March 12, linking, aside from the United States, India, Australia and Japan.

Although the so-called ‘Quad’ revealed nothing new in their joint statement, the leaders of these four countries spoke about the ‘historic’ meeting, described by ‘The Diplomat’ website as “a significant milestone in the evolution of the grouping”.

Actually, the joint statement has little substance and certainly nothing new by way of a blueprint on how to reverse – or even slow down – Beijing’s geopolitical successes, growing military confidence and increasing presence in or around strategic global waterways.

For years, the ‘Quad’ has been busy formulating a unified China strategy but it has failed to devise anything of practical significance. ‘Historic’ meetings aside, China is the world’s only major economy that is predicted to yield significant economic growth this year – and imminently. International Monetary Fund’s projections show that the Chinese economy is expected to expand by 8.1 percent in 2021 while, on the other hand, according to data from the US Bureau of Economic Analysis, the US’ GDP has declined by around 3.5 percent in 2020.

The ‘Quad’ – which stands for Quadrilateral Security Dialogue – began in 2007, and was revived in 2017, with the obvious aim of repulsing China’s advancement in all fields. Like most American alliances, the ‘Quad’ is the political manifestation of a military alliance, namely the Malabar Naval Exercises. The latter started in 1992 and soon expanded to include all four countries.

Since Washington’s ‘pivot to Asia’, i.e., the reversal of established US foreign policy that was predicated on placing greater focus on the Middle East, there is little evidence that Washington’s confrontational policies have weakened Beijing’s presence, trade or diplomacy throughout the continent. Aside from close encounters between the American and Chinese navies in the South China Sea, there is very little else to report.

While much media coverage has focused on the US’ pivot to Asia, little has been said about China’s pivot to the Middle East, which has been far more successful as an economic and political endeavor than the American geostrategic shift.

The US’ seismic change in its foreign policy priorities stemmed from its failure to translate the Iraq war and invasion of 2003 into a decipherable geo-economic success as a result of seizing control of Iraq’s oil largesse – the world’s second-largest proven oil reserves. The US strategy proved to be a complete blunder.

In an article published in the Financial Times in September 2020, Jamil Anderlini raises a fascinating point. “If oil and influence were the prizes, then it seems China, not America, has ultimately won the Iraq war and its aftermath – without ever firing a shot,” he wrote.

Not only is China now Iraq’s biggest trading partner, but Beijing’s massive economic and political influence in the Middle East is also a triumph. China is now, according to the Financial Times, the Middle East’s biggest foreign investor and a strategic partnership with all Gulf States – save Bahrain. Compare this with Washington’s confused foreign policy agenda in the region, its unprecedented indecisiveness, absence of a definable political doctrine and the systematic breakdown of its regional alliances.

This paradigm becomes clearer and more convincing when understood on a global scale. By the end of 2019, China became the world’s leader in terms of diplomacy, as it then boasted 276 diplomatic posts, many of which are consulates. Unlike embassies, consulates play a more significant role in terms of trade and economic exchanges. According to 2019 figures which were published in ‘Foreign Affairs’ magazine, China has 96 consulates compared with the US’ 88. Till 2012, Beijing lagged significantly behind Washington’s diplomatic representation, precisely by 23 posts.

Wherever China is diplomatically present, economic development follows. Unlike the US’ disjointed global strategy, China’s global ambitions are articulated through a massive network, known as the Belt and Road Initiative, estimated at trillions of dollars. When completed, BRI is set to unify more than sixty countries around Chinese-led economic strategies and trade routes. For this to materialize, China quickly moved to establish closer physical proximity to the world’s most strategic waterways, heavily investing in some and, as in the case of Bab al-Mandab Strait, establishing its first-ever overseas military base in Djibouti, located in the Horn of Africa.

At a time when the US economy is shrinking and its European allies are politically fractured, it is difficult to imagine that any American plan to counter China’s influence, whether in the Middle East, Asia or anywhere else, will have much success.

The biggest hindrance to Washington’s China strategy is that there can never be an outcome in which the US achieves a clear and precise victory. Economically, China is now driving global growth, thus balancing out the US-international crisis resulting from the COVID-19 pandemic. Hurting China economically would weaken the US as well as the global markets.

The same is true politically and strategically. In the case of the Middle East, the pivot to Asia has backfired on multiple fronts. On the one hand, it registered no palpable success in Asia while, on the other, it created a massive vacuum for China to refocus its own strategy in the Middle East.

Some wrongly argue that China’s entire political strategy is predicated on its desire to merely ‘do business’. While economic dominance is historically the main drive of all superpowers, Beijing’s quest for global supremacy is hardly confined to finance. On many fronts, China has either already taken the lead or is approaching there. For example, on March 9, China and Russia signed an agreement to construct the International Lunar Research Station (ILRS). Considering Russia’s long legacy in space exploration and China’s recent achievements in the field – including the first-ever spacecraft landing on the South Pole-Aitken Basin area of the moon – both countries are set to take the lead in the resurrected space race.

Certainly, the US-led ‘Quad’ meeting was neither historic nor a game-changer, as all indicators attest that China’s global leadership will continue unhindered, a consequential event that is already reordering the world’s geopolitical paradigms which have been in place for over a century.

Feature photo | Iraqi Prime Minister Adil Abdul-Mahdi, left, is shown the way by Chinese Premier Li Keqiang on stage during a welcome ceremony at the Great Hall of the People in Beijing, Sept. 23, 2019. Andy Wong | AP