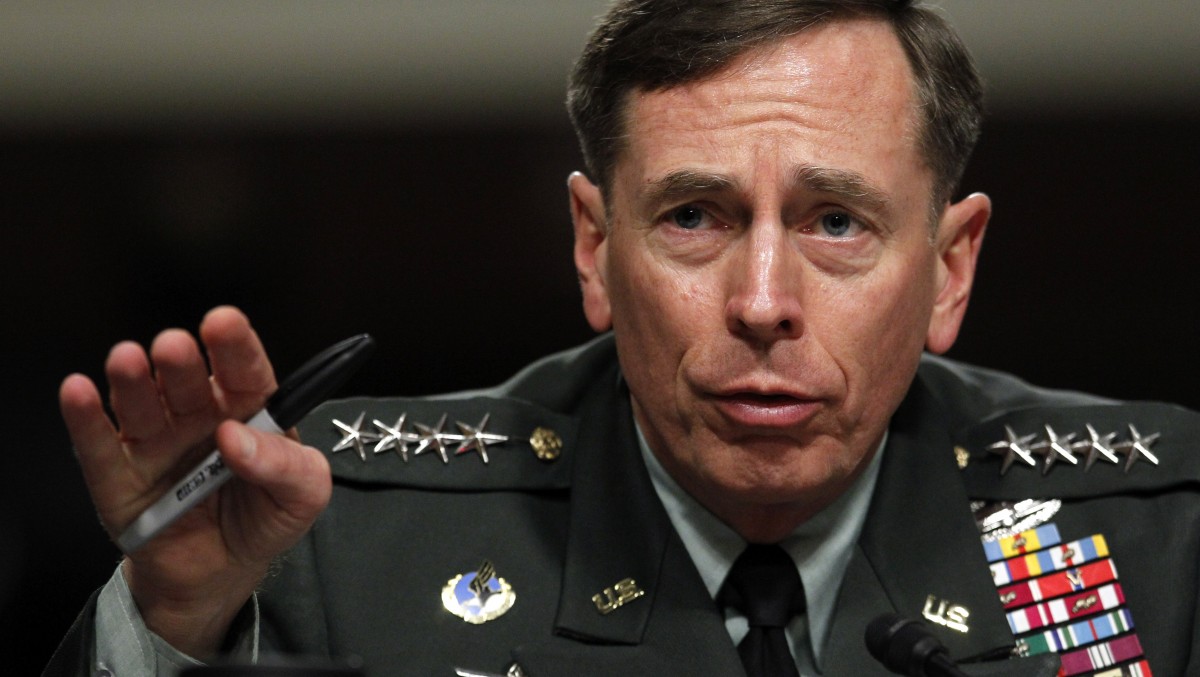 Prosecutors said that while Broadwell was writing her book in Washington in 2011, Petraeus gave her eight binders of classified material he had improperly kept from his time as the top military commander in Afghanistan.

RALEIGH, N.C. — Former CIA Director David Petraeus, whose career was destroyed by an affair with his biographer, has agreed to plead guilty to charges he gave her classified material — including information on war strategy and identities of covert operatives — while she was working on the book.

The plea agreement carries a possible sentence of up to a year in prison and represents another blow to the reputation of the retired four-star Army general who led U.S. forces in Iraq and Afghanistan and was perhaps the most admired military leader of his generation.

Petraeus, 62, will plead guilty to a misdemeanor count of unauthorized removal and retention of classified material. The agreement was filed in federal court Tuesday in Charlotte, where Paula Broadwell, the general’s biographer and former mistress, lives with her husband and children.

In court papers, prosecutors recommended two years of probation and a $40,000 fine. But the judge who hears the plea is not bound by that and could still impose a prison sentence. No immediate date was set for Petraeus to enter the plea.

As part of the deal, Petraeus agreed not to contest the set of facts laid out by the government.

Prosecutors said that while Broadwell was writing her book in Washington in 2011, Petraeus gave her eight binders of classified material he had improperly kept from his time as the top military commander in Afghanistan. Days later, he took the binders back to his house.

Among the secret materials contained in the “black books” was information on identities of covert operatives, the coalition war strategy and notes about Petraeus’ discussions with President Barack Obama and the National Security Council, prosecutors said.

Those binders were later seized by the FBI in a search of Petraeus’ Arlington, Virginia, home, where he had kept them in the unlocked drawer of a desk in a ground-floor study.

Prosecutors said that after resigning from the CIA, Petraeus signed a form falsely attesting he had no classified material. He also lied to FBI agents in denying he supplied the information to Broadwell, according to court documents.

Petraeus’ lawyer declined to comment. A telephone message left for Broadwell was not immediately returned. Her lawyer said he had no comment.

Petraeus admitted to the affair when he resigned as CIA director in November 2012. Both he and Broadwell have publicly apologized and said their romantic relationship began only after he had retired from the military.

Broadwell’s admiring biography of him, “All In: The Education of General David Petraeus,” came out in 2012, before the affair was exposed.

Petraeus held the CIA post less than a year, not long enough to leave a significant mark on the spy agency.

A Ph.D. with a reputation as a thoughtful strategist, Petraeus wrote the Army manual on counterinsurgency and was brought in by President George W. Bush to command multinational forces in Iraq in 2007, a period when the war began to turn in favor of the U.S.

Petraeus presided over the “surge” of American forces in Iraq and a plan to pay Sunni militias to fight al-Qaida in Iraq.

He was then promoted to commander of U.S. Central Command, which has authority over the Middle East. When Gen. Stanley McChrystal was fired in 2010 by Obama as commander in Afghanistan after his staff made impolitic remarks to a Rolling Stone reporter, Petraeus was brought in to replace him.

Since his resignation as CIA director, Petraeus has slowly taken steps to re-enter public life, going on the speaking circuit, becoming a scholar at Harvard’s Kennedy School of Government, and taking a position at a private equity firm.

If he manages to avoid prison, Petraeus will receive far more lenient punishment than that meted out to others convicted of leaking secrets.

In 2012, former CIA officer John Kiriakou pleaded guilty to intentionally disclosing the identity of a covert agent to a reporter and was sentenced to 2 1/2 years in prison. Petraeus, then CIA director, hailed the conviction.

“Oaths do matter, and there are indeed consequences for those who believe they are above the laws that protect our fellow officers and enable American intelligence agencies to operate with the requisite degree of secrecy,” he said at the time.

David Deitch, a former federal prosecutor who handled counterterrorism and national security issues, said those deciding Petraeus’ fate probably weighed his decades of service to the nation when considering his punishment. Also, a public trial might have revealed classified material the government would rather keep secret.

“What is achieved by sending David Petraeus to jail?” asked Deitch, now in private practice in Washington. “What will be achieved in terms of deterrence, in terms of punishment, in terms of rehabilitation? The conclusion is probably not much.”

Sen. John McCain, a longtime supporter of Petraeus, said it is time to consider the issues raised by the ex-general’s extramarital affair closed.

“At a time of grave security challenges around the world, I hope that Gen. Petraeus will continue to provide his outstanding service and leadership to our nation, as he has throughout his distinguished career,” the Arizona Republican said.