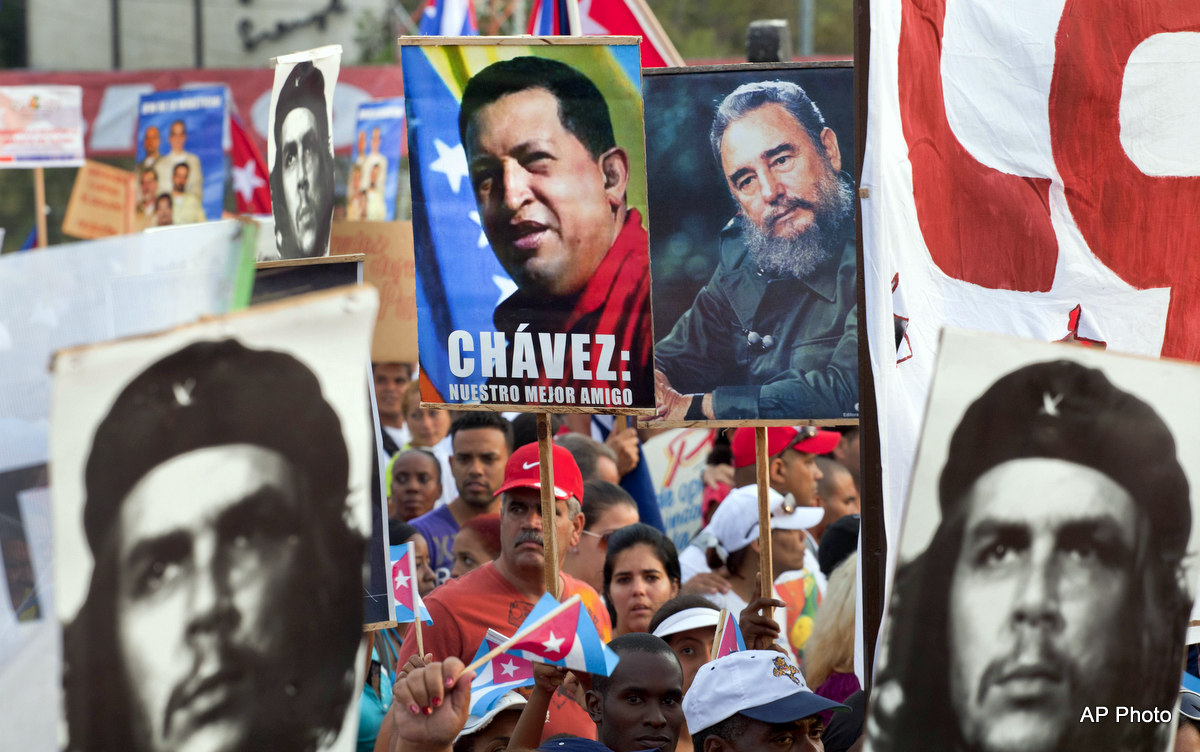 Declassified Docs Reveal US Intent To Retaliate Against Cuban Internationalism

Cuba’s commitment to the anti-colonial struggle is well documented through its support to countries struggling for liberation. Recently declassified documents published by the U.S. National Security Archive showcase the United States’ plans to retaliate against Cuba following Fidel Castro’s decision to support Angolan troops in 1975.

Those plans, articulated by former U.S. Secretary of State Henry Kissinger, exhibit extreme anger at Fidel’s decision to practically impart Cuba’s revolutionary struggle beyond the confines of the island.

Kissinger’s preoccupation with the possible extension of the Cuban Revolution is well documented in other places as well. Prior to Augusto Pinochet’s brutal military coup that terminated the presidency of Salvador Allende in 1973, Kissinger had advocated for intervention in Chile to avoid the possibility of “a country going communist due to the irresponsibility of its own people.” The phrase was a thinly veiled reference to the possibility that Cuba’s revolutionary example could sweep Latin America through Chile.

Despite obvious differences between Fidel’s idea of revolution and Allende’s determination to achieve revolution through the existing democratic framework, the U.S. remained concerned that Chile might provide a central reference for Latin American anti-imperialist resistance.

The documents are discussed in a recent book titled “Back Channel to Cuba: The Hidden History of Negotiations Between Washington and Havana,” co-authored by Peter Kornbluh and William M. LeoGrande. Following initial plans to establish talks between the U.S. and Cuba based on nine points — including an amendment to the Declaration of San Jose  which attempted to undermine Cuban independence — Cuba’s decision to support anti-colonial armed struggle in Angola was constructed as an offense, leading to the belligerent Kissinger’s advocating of violence as retaliation against Fidel’s dedication to internationalism.

Cuba’s internationalist assistance to Angola was a direct anti-imperialist endeavor. The demise of the Portuguese colonial empire in Africa in 1975 led to previously colonized nations gaining independence, among them Angola. According to Fidel, as articulated in his spoken autobiography “My Life: Fidel Castro with Ignacio Ramonet.” U.S. plans to destabilize Angola’s newly created independence stemmed from the fact that the country was the richest of the colonies previously held by Portugal.

As the newly-formed governments of previous colonies, including Angola, embraced anti-imperialism, the CIA, together with other African anti-revolutionary forces such as the South African Defence Force and the Union for the Total Liberation of Angola, sought to destabilize the country through invasions and sabotage.

The CIA’s Operation IA-FEATURE was approved by President Gerald Ford — a move that prompted Fidel’s decision to support the Angolan revolutionary government by sending Cuban troops to combat the U.S. imperialist aggression in late 1975. Of notable mention is the battle of Cutio Cuanavale in 1985, which lasted six months and almost led to the possibility of Apartheid South Africa, which aligned itself with the CIA, using nuclear weapons to prevent defeat.

In his autobiography, Fidel said: “I should tell you that while Cuba was in Angola and Angola was being invaded by South Africa, the United States made plans to transfer to South Africa – racist, Fascist South Africa, several atomic bombs, which means that the war in Angola – this is something people often forget – was fought by Cuban and Angolan soldiers against an army and a government that had eight atom bombs, provided by the United States through that great supporter, that eternal supporter of the blockade, Israel.”

The memoranda made available to the public demonstrate U.S. anger at Fidel’s tangible internationalist support. On Feb. 25, 1976, Kissinger made the first references to intervention against Cuba: “I think we are going to have to smash Castro” — a statement which elicited agreement from President Ford.

Soon afterward, on March 15, Kissinger voiced concern over Cuba extending its influence, already prominent in Africa due to its internationalist support for Angola, to the Middle East: “I think sooner or later we have to crack the Cubans … I think we have to humiliate them. If they move into Namibia or Rhodesia, I would be in favor of clobbering them.”

The U.S. preoccupation with Cuban involvement in Africa is evident in the memorandum dated March 24. Briefing the Washington Special Actions Group Meeting, a meeting in which Donald Rumsfeld was also present, Kissinger explicitly stated the intention of U.S. military intervention against Cuba. Asked by Rumsfeld about how the U.S. could prevent Cuban influence in Africa, Kissinger declared: “You deter them from even trying it. We must get it into the heads of the leaders of African countries that they can’t have it both ways. They can’t have both the Cubans in Africa and our support.” The discussion continued toward military planning against Cuba, with Kissinger stating: “There should be no half way measures – we would get no award for using military power in moderation. If we decide on a blockade it must be ruthless and rapid and efficient.”

As Cuba’s internationalist example resonated with resistant countries, the U.S. emphasis on manipulating the international community toward supporting action against Cuba increased. Another memorandum specifies the four proposed categories designed to isolate Cuba and Fidel, notably through implementing political and economic restrictions, attempting to weaken Cuba’s diplomatic relations with the Soviet Union, increasing military presence in the Caribbean, as well as carrying out a series of military actions “which would involve the possibility of hostilities and would be considered acts of war.”

Of significance is the memorandum specifying U.S. objectives in preventing Cuban internationalist intervention. The primary aim stated the importance of preventing “the creation of a pattern of international conduct in which Cuba and the USSR arrogate to themselves the right to intervene with combat forces in local or regional conflicts.” The memorandum exhibits the usual U.S. trait of attempting to prevent the surge of independent nations re-claiming autonomy from colonial and imperialist dominance – the prime opponent being Fidel and the Cuban Revolution which successfully repudiated imperialist influence despite America’s superior power. Isolating Fidel remained a priority for several U.S. governments; however, despite the continued attempts to weaken Cuba’s position, the revolution resisted and Fidel remained a relevant force to be reckoned with, especially from the internationalist aspect.

In a speech delivered in Havana in 1988 to commemorate the 32nd anniversary of the Granma Landing, Fidel described the double standards of the U.S. in mediation and interference: “For a long time, the U.S. had been meeting with the Angolans, and proposing to be mediators, to find a peaceful solution however, while these so-called negotiations were taking place, with U.S. mediation, the South Africans had intervened and attempted to militarily solve the Angolan situation.” In the speech, Fidel made it clear that Cuban internationalist intervention in Angola prevented the possibility of imperial domination.

While the planned aggression against Cuba was purportedly inspired by Kissinger’s anger at Fidel’s refusal to normalize diplomatic relations with the U.S., the reality behind such endeavors obliterates the commitment expressed by Fidel even before the triumph of the Cuban Revolution. Earlier writings, including Fidel’s defense speech “History Will Absolve Me,” establish the anti-colonial and anti-imperialist struggle as foundations of the Cuban Revolution.

While the immediate reference was related to Cuba, subsequent declarations such as the First and Second Declarations of Havana provided insights into Fidel’s internationalist stance with regard to the anti-imperialist struggle — a stance from which Cuba has never wavered. Within this context, Cuba’s internationalist support for Angola provided one of many excuses for the U.S. to attempt to retaliate against the revolution – evidence of imperialist concern that internationalism as practiced by Fidel might indeed provide obstacles to U.S. regional and international influence.