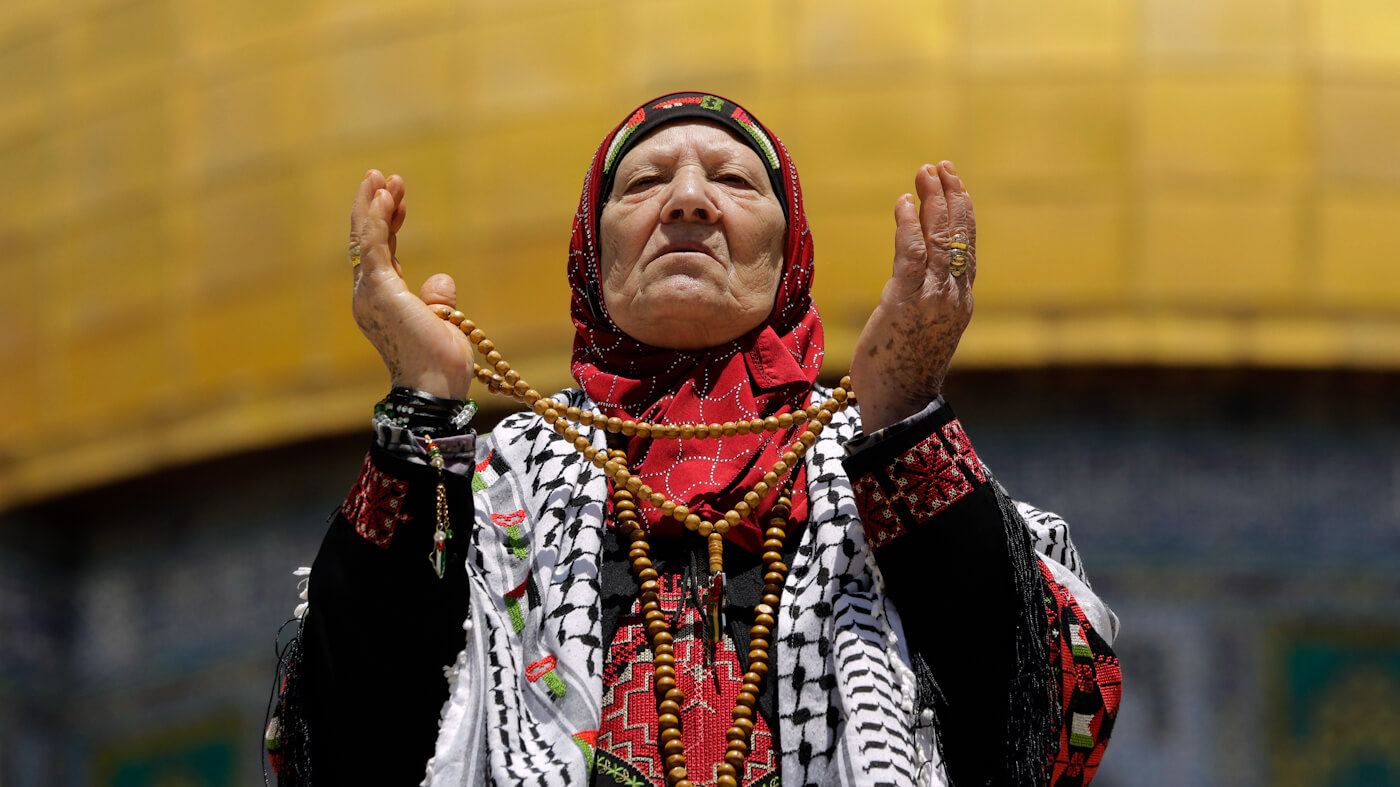 The apartheid regime we know as “Israel” was built on the very ruins of Palestine and imposed a brutal regime on those who still live in their country. Millions of Palestinians still languish in refugee camps in and around Palestine, yet Israel and its allies around the world celebrate “Israeli independence.”

JERUSALEM, PALESTINE — Nakba Day — the day when Palestinians commemorate the destruction of their country and the mass killing and forced eviction of their people — is coming up, and with each passing day, another disturbing story unfolds.

Perhaps the most disturbing story so far is the plan to present Palestine with a new name, “New Palestine.” This, according to a rumored leak, is what Donald Trump and Jared Kushner are going to present to an anticipating world as part of the so-called “Deal of the Century.”

Also according to the leak, aside from a demand for Palestinians to accept a new name as part of the “Deal of the Century” — forgoing the name “Palestine,” which has been used to describe their land since the Bronze Age — the Palestinian people will have to accept that their heritage and their history will be erased and their land will be taken away for good. In other words, what Palestinians are going to receive, according to the leak, is a new name but no country, and they will be expected to accept this or else they will be denied access to foreign aid, not only from the U.S. but other countries as well.

From elections to Gaza to Independence Day

Things move fast on the Israeli side of occupied Palestine. Israel recently held elections, then — within a few weeks and before a new government was even formed — Israel lashed out with a deadly attack on Gaza. Then, Israel recognized a few solemn days, the first one Holocaust Remembrance Day and the second, a day to commemorate Israeli soldiers who had fallen in battle. Then Israelis were off to celebrate “Israeli Independence.”

On the Palestinian side, no sooner does one tragedy end than a second one follows, no time for the fresh blood on the ground to dry before more is spilled. The lovely face of 16-year-old Fatima Hijazi, shot by an Israeli sniper, is still fresh in people’s hearts when more, even younger casualties are reported. Palestinians go from mourning to mourning with no end in sight.

Over the past several years, a new phenomenon has risen, a joint memorial service where Israelis and Palestinians join together to commemorate their fallen loved ones. While the idea of such an event may seem appealing to some, the moral equivalency it tries to create between the victims of the violence and those who lost their lives while perpetuating the violence is troubling. However, in the political climate that now exists among Israelis, this is considered progressive. While this event was permitted to proceed, right-wing gangs came by to protest the initiative and lashed out with obscenities at the participants: “Sons of whores, may God take all of you stinking lefties! Death to Arabs!” and on and on.

A custom that can only be described as insensitive, if not outright cruel, and which has been in place since Palestine was destroyed, is the celebration of Israeli independence. Just as Israeli elections were held on the day that Palestinians commemorate the massacre at Deir Yassin, Israel callously celebrates a day of independence at the same time as Palestinians mourn the loss of their country.

The apartheid regime we know as “Israel” was built on the very ruins of Palestine and imposed a brutal regime on those who still live in their country. Millions of Palestinians still languish in refugee camps in and around Palestine, yet Israel and its allies around the world celebrate.

A young Israeli girl plays on a tank during an Israeli Memorial Day ceremony in Latrun, Israel, May 8, 2019. Oded Balilty | AP

Israelis are not the indigenous people of Palestine. What we know today as “Israelis” are people who came to colonize mostly during the time of the British Mandate in Palestine, and they did so largely with the assistance of the British government. The British mandate over Palestine, which was, in reality, an occupation of the country, facilitated the creation of the Zionist apartheid regime in Palestine. The Jews who came to colonize and settle in Palestine were never oppressed or occupied; in fact, they were privileged. The Jewish settlements in Palestine had services like running water and electricity long before many of the Palestinian communities did, and they were assisted by the British in every possible way.

The name “New Palestine” becomes even more absurd in light of the fact that the name Palestine was, “first documented in the late Bronze Age, about 3,200 years ago.” Furthermore, according to a new book by historian Nur Masalha, “the name Palestine is the conventional name used between 450 B.C. and 1948 A.D. to describe the geographical region between the Mediterranean Sea and the Jordan River.” These quotes are from Masalha’s Palestine, A Four Thousand Year History, published by Zed Books in 2018.

Masalha — professor of history at the London University School of Oriental and African Studies, or SOAS — takes on the difficult task of seriously, scientifically, and one may add successfully, challenging the prevailing narrative regarding Palestine. This is clearly no simple feat but it is one in which the historian Masalha succeeds in a manner that is both admirable and convincing.

Unfortunately, odds are neither Jared Kushner or Benjamin Netanyahu — the two men who are most likely to be behind the “New Palestine” and the “Deal of the Century” — will ever read this important history book. Revealing, as it does, aspects of Palestinian history that Zionists would prefer remain in the dark, Masalha’s book is essential reading. Until the history of Palestine is told and the cruel reality in which Palestinians live today is exposed, Palestine will never be free.

Feature photo | An elderly Palestinian woman prays in front of the Dome of the Rock shrine during a holy month of Ramadan prayer in Jerusalem, May 10, 2019. Mahmoud Illean | AP