Though U.S. Army Veterans have fought alongside Indigenous protesters before, this time they are showing up in record numbers. Yesterday, President-elect Donald Trump met with David Clarke, the controversial sheriff of Milwaukee County, at Trump Tower as he and his transition team work to fill out the remaining Cabinet

END_OF_DOCUMENT_TOKEN_TO_BE_REPLACED

Assad Pardons Nearly 500 Militants As The Liberation Of Aleppo Nears Aleppo, once Syria’s most populous city, has been at the center of the Syrian conflict for months as Syrian government forces, with Russian support, have fought to reclaim the city from US-backed militants as well as Islamic State (ISIS) fighters. After months of heavy fighting on both sides, and international repercussions for some

END_OF_DOCUMENT_TOKEN_TO_BE_REPLACED

Tom Price is a surgeon who has been a member of Congress’ lower house for over 10 years. Donald Trump’s team has said his first mission will be to repeal and replace Obamacare. 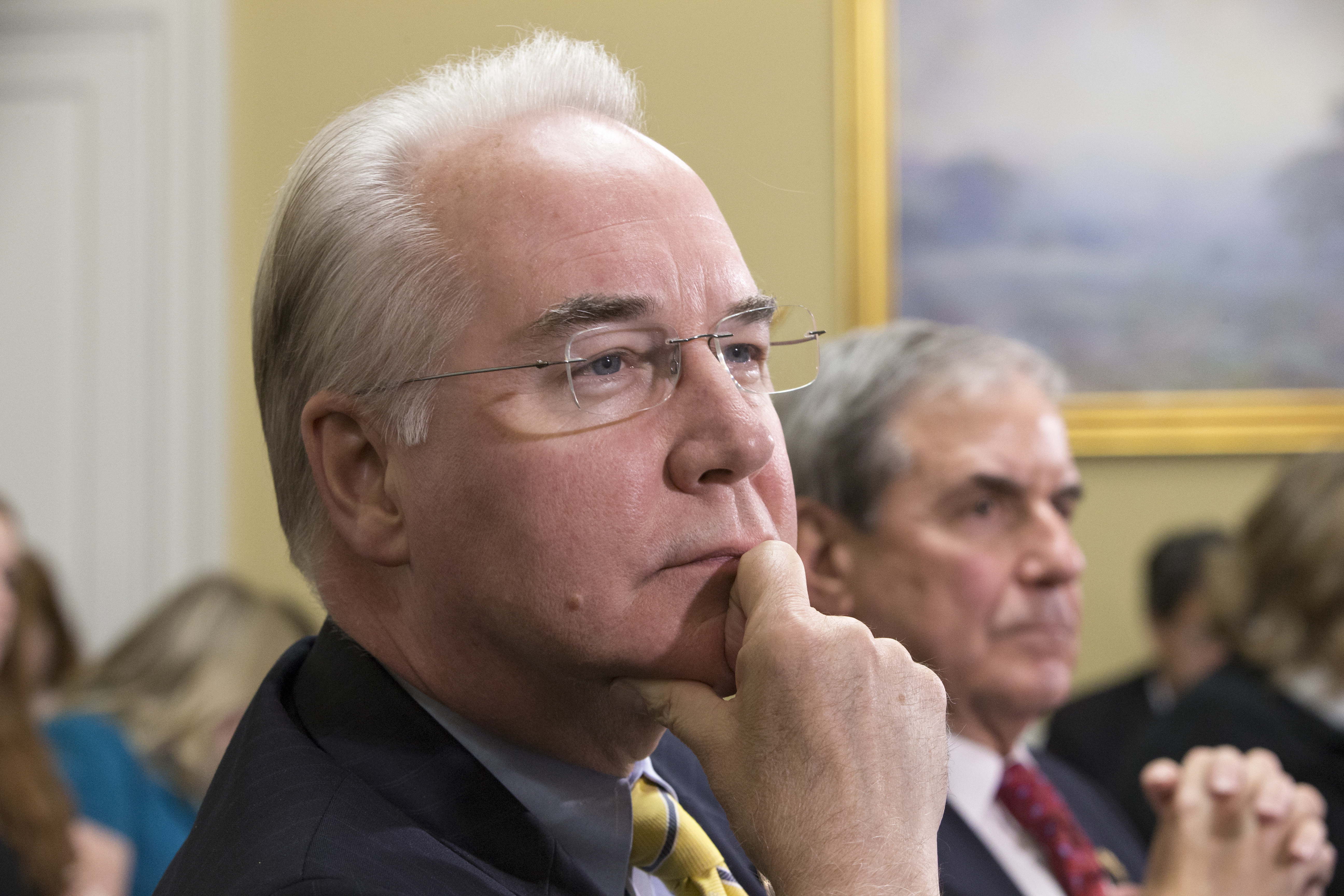 US President-elect Donald Trump announced on Tuesday that he would nominate Georgia Congressman Tom Price as head of the Department of Health and Human Services. The orthopedic surgeon is a critic of the Affordable Care Act, more commonly referred to as "Obamacare." In a statement, Price said that he would strive "to ensure we have a healthcare

END_OF_DOCUMENT_TOKEN_TO_BE_REPLACED While President-elect Donald Trump has indicated he intends to shift US military involvement in Syria toward a focus on fighting ISIS, and away from propping up rebel factions to attack the Assad government. This has been a subject of debate among US officials for awhile, with the Pentagon and CIA arguing intensely over who the US should be at war

END_OF_DOCUMENT_TOKEN_TO_BE_REPLACED

‘The article is rife with obviously reckless and unproven allegations, and fundamentally shaped by shoddy, slothful journalistic tactics,’ Glenn Greenwald and Ben Norton wrote in an analysis of the Washington Post report attacking alternative media as Russian propagandists. AUSTIN, Texas --- On Thanksgiving, The Washington Post published a widely shared -- and widely criticized -- report accusing a host of media organizations of spreading Russian propaganda, despite little evidence to support the claims. In the Nov. 24 article,