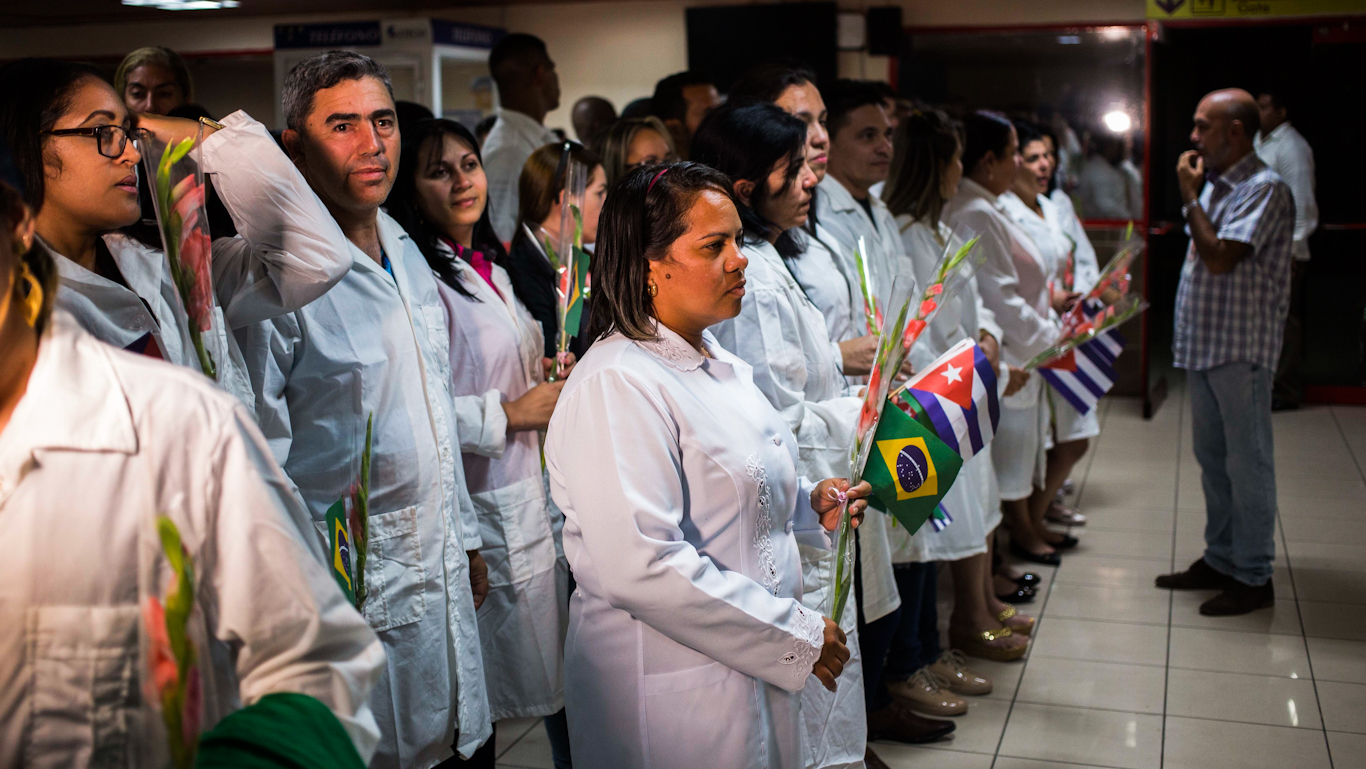 The Cuban government has announced that it is testing new medical products against a range of chronic illnesses, including cancer, Alzheimer’s and Parkinson’s disease. The Caribbean country has become a hotspot for pharmaceutical research, having already developed techniques that eliminate the transmission of HIV and syphilis between mothers and children. It was not revealed which types of cancer government scientists are testing against, but they have already developed a lung cancer vaccine, skin cancer medicine and new, minimally invasive techniques in esophageal cancer surgery.

Many of these treatments are unavailable in the United States for what amounts to political reasons. The Trump administration has ratcheted up sanctions against Cuba, making it extremely difficult to visit the island or import goods from it. This has led many desperate Americans to travel to Cuba clandestinely for treatment. “I am not looking to break the law. But I am not looking to die, either,” George Keays, a Colorado cancer patient told USA Today in 2018. Others spoke to the newspaper on the condition of anonymity, afraid of the consequences. Many American patients are scared even to tell their doctors what they are doing for fear of potential government reprisals.

While many think of Cuba as only a place where rumba dancing models drive battered 1950s cars around old towns with fading grandeur, the country has, due in no small part because of decades of U.S. blockade, developed a world-leading medical industry that employs more than 3,000 people in clinical research. Its lung cancer vaccine, Climavax, has been available since 2011 – particularly necessary in a country where cigar smoking is so prevalent.

While demonized in the United States, the Cuban government has built a comprehensive nationalized healthcare system based on preventative medicine, rather than the curative model the U.S. employs. In Cuba, medical staff are assigned to communities and it is their job to see and analyze the health of every person, nipping problems in the bud before they develop and need costly surgery. That way, obesity, for example, is dealt with before it metastasizes into a more serious condition like diabetes or heart disease. As a result, the country has perhaps the most cost-efficient system in the world and Cubans enjoy a life expectancy of 80 years – a year longer than Americans, despite only earning a GDP per capita of 7,600 U.S. dollars.

According to Margaret Chan, former Director General of the World Health Organization, Cuba’s prevention-based medicine is “the way to go” for the world. “We sincerely hope that all of the world’s inhabitants will have access to quality medical services, as they do in Cuba,” she said, praising the government’s leadership in treating healthcare as a human right.

A model for the world

Internationalism is a core component of the Cuban government’s ideology. There is an estimated 30,000 Cuban medical staff currently working in 67 countries, providing free healthcare to underprivileged patients. The country of just 11 million people has more doctors abroad than the World Health Organization and all of the G7 countries combined and has been instrumental in the healthcare revolution in Latin America. With the support of thousands of Cuban doctors, nationalized, expansive public healthcare systems have been established in many progressive Latin American countries.

In Brazil, more than 11,000 Cubans came to establish a medical program for underserved communities. However, recent political changes in the region have led to their ejection from both Bolivia and Brazil. Cuba also trains foreign medical students from across the world at the famous Latin American School of Medicine in Havana, on the condition they return to their own countries to serve the neediest. This includes Americans, who can study medicine in Cuba without incurring huge debts like they would at home. In total, 158 countries have directly benefited from Cuba’s revolutionary medicine.

Cuba is in stark contrast to the United States, where hospital bills are the leading cause of bankruptcy and one-third of all GoFundMe donations are for medical expenses. Last month MintPress News reported on the phenomenon of poor people selling their blood just to live. Americans are increasingly resorting to using dog insulin or fish antibiotics as alternatives to expensive drugs. Lifesaving drugs that sell for $8 in countries like Australia cost around $2000 in the U.S.

On Tuesday, New York Magazine editor Jenn Gann revealed that her private health insurer is making her appeal a skull surgery on her 8-week-old baby to make sure it was necessary, and not cosmetic. Studies show that the greatest savings in a move towards Medicare for All would be getting rid of unnecessary administration and billing. American voters’ top issue is healthcare, and a number of Democratic candidates have promised to create a nationalized, comprehensive health system, while some have even called for normalizing relations with Cuba. But until the blockade is lifted, even if the trials for new medicines prove successful, they won’t be available to suffering Americans.