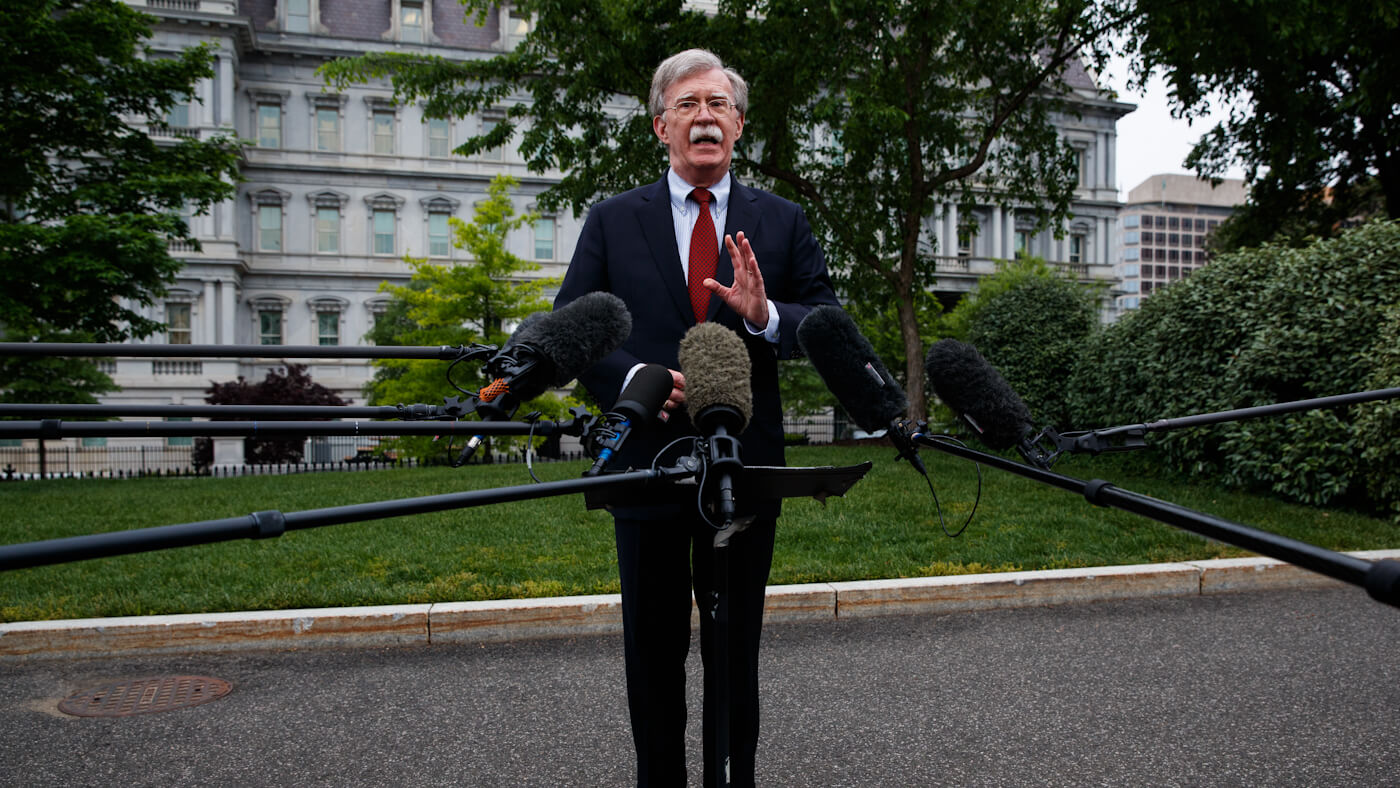 In a late Sunday press release, National Security Advisor John Bolton announced the deployment of the Abraham Lincoln Carrier Strike Group (ABECSG) and a bomber task force to U.S. Central Command as a “clear and unmistakable message to Iran.” The press release claims that the move was made “in response to a number of troubling and escalatory indications and warnings,” which were left unspecified.

The statement further claims that “any attack on United States interests or on those of our allies will be met with unrelenting force” and that, while “the United States is not seeking war with the Iranian regime,” the Trump administration is “fully prepared to respond to any attack, whether by proxy, the Islamic Revolutionary Guard Corps, or regular Iranian forces.”

Last month, in a move that many viewed as a set-up for a war with Iran — which has long been sought by Bolton as well as Secretary of State Mike Pompeo, even prior to their posts in the current administration — the Trump administration labeled the Islamic Revolutionary Guard Corps (IRGC) of Iran as a terrorist organization. Iran’s government subsequently responded in kind, labeling U.S. soldiers of Central Command as terrorists and designating the U.S. government as a state sponsor of terrorism.

While Bolton framed the latest move as a “warning” to Iran, it turns out that the deployment of the Lincoln Carrier Strike Group to U.S. Central Command was actually announced last month with no mention at all of Iran. Indeed, a Navy press release published on April 8 stated that “the Abraham Lincoln Carrier Strike Group (ABECSG) departed Naval Station Norfolk, Virginia, April 1, for a regularly scheduled deployment.” The fleet has already been stationed in the Central Command region since at least April 15, when the U.S. Naval Institute announced that it was anchored off the coast of Spain.

However, the New York Times subsequently clarified that the strike group had been ordered to move from the Mediterranean Sea to the Middle East in relation to Bolton’s announcement. The Times also noted that the validity of the “warnings” of an alleged imminent attack on American or allied assets in the region by Iran or its alleged proxies was unknown because, “as of late Friday, military analysts were not tracking any new, imminent or clearly defined Iranian or Iranian-backed threats against Americans in Iraq or the region.”

As MintPress has previously reported, Bolton has an extensive record of distorting or falsifying intelligence if it serves his political ends. Given that Bolton has long been an advocate for regime change by force in Iran as well as the pre-emptive bombing of Iran, the intelligence on these alleged “warnings” should be heavily scrutinized. Yet, because there is no permanent secretary of defense or secretary of homeland security, Bolton has more control over national security policy and intelligence now than at any time since he became national security advisor last April. As a result, this much-needed scrutiny is unlikely to materialize.

A sneeze could trigger war

The real danger of Bolton’s announcement is not the framing of the deployment of military assets or the validity of the “threats” it cites, but rather its sweeping vagueness. Indeed, Bolton’s press release states that any attack “whether by proxy, the Islamic Revolutionary Guard Corps, or regular Iranian forces” would justify an aggressive U.S. military response. Thus, an attack launched by a “proxy” of Iran on not just assets but “interests” of the U.S. in the region or “interests” of a U.S. ally in the region, would now be sufficient to trigger a U.S. attack on Iran, even if Iran itself was not directly responsible.

Given that the Trump administration has defined Iranian proxies rather loosely to include any Shia-dominated militia in the entire region — including those that have no provable connection to Iran — it is hard to interpret Bolton’s statement as anything other than a set-up for war.

This concern has only been augmented following statements made by Pompeo about Bolton’s recent press release. Pompeo told reporters late Sunday that the deployment of the strike group was “something we’ve been working on for a little while,” continuing:

As MintPress and other outlets have previously noted, even the U.S. government’s own documents admit that the Houthis in Yemen are not a proxy of Iran and that Iran has no direction over their military actions. In addition, Pompeo’s claim that any actions taken by any “Shia militia group” will be blamed on Iran shows that the Trump administration is now building a foundation to attack Iran for actions that include those over which Iran has no control whatsoever.

Furthermore, given the vagueness of the press release, military action may not even be necessary to trigger a response, as the press release says that “any attack on United States interests or on those of our allies will be met with unrelenting force.” For instance, if Iran makes good on its promise to blockade the Persian Gulf in response to U.S. efforts to place a total embargo on its oil efforts, such a move could now be interpreted as an attack on U.S. interests or those of its regional allies even though it would not expressly involve an offensive attack.

In addition — given that the Trump administration also considers Hamas, which governs the Gaza Strip, a proxy of Iran — future hostilities between Hamas and Israel, the U.S.’ main ally in the region, could also be interpreted as an “attack” on the U.S. or allied (i.e., Israeli) interests launched by an alleged Iranian proxy. However, in the case of Israel and Hamas, an unnamed U.S. official told the New York Times that the recent strike group deployment was unrelated to the conflict between Hamas and Israel, which saw Israel pound the Gaza Strip with airstrikes over the weekend.

Furthermore, it is also worth considering that the execution of a “false flag” operation attributed to any militia even claiming to be Shia against a target deemed important to U.S. or allied interests could be used to justify war with Iran.

The vagueness of Bolton’s press release, as well as subsequent statements made by Pompeo, clearly show that the war hawks in the Trump administration are laying the foundation for an aggressive military attack against Iran, one that will inevitably lead to war with the Islamic Republic and likely engulf much of the Middle East — and potentially much of the world.