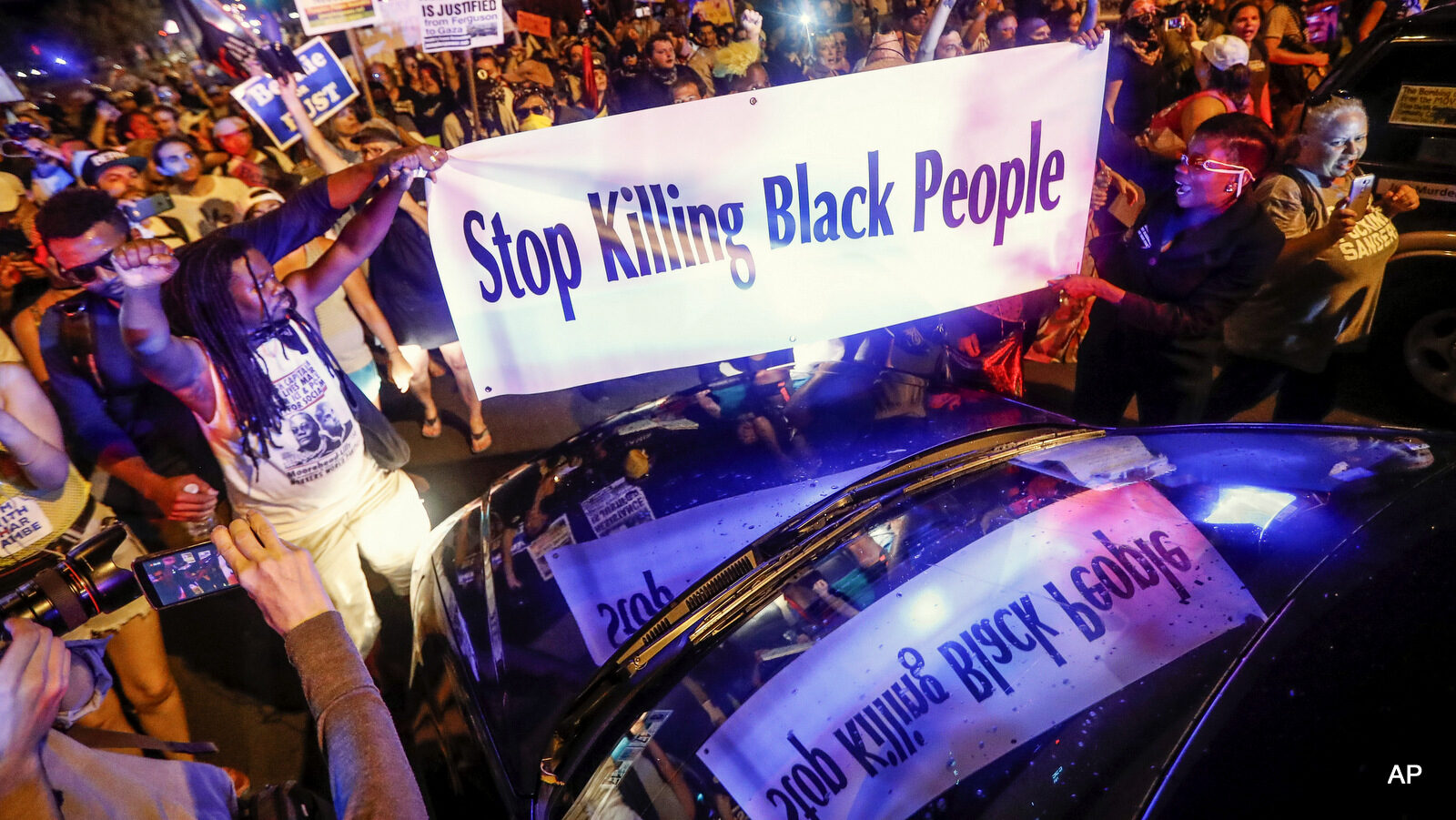 More than 50 organizations representing people of color across the United States on Monday put forth what they say is their “shared vision of the world we want to live in,” in the form of a comprehensive policy document that calls for nothing short of “a complete transformation of the current system.”

“In recent years we have taken to the streets, launched massive campaigns, and impacted elections, but our elected leaders have failed to address the legitimate demands of our Movement. We can no longer wait,” reads the platform, published by the Movement for Black Lives (M4BL), which is a coalition of groups including Color of Change, Dream Defenders, Black Lives Matter Network, Highlander Research and Education Center, Ella Baker Center for Human Rights, and many others.

The racial justice movement was reignited following the shooting death of Florida teen Trayvon Martin in 2012 and grew after the police killings of Michael Brown, Eric Garner, Tamir Rice, and others, sparking nationwide protests and growing national awareness of police brutality against black people and the discriminatory criminal justice system.

The groups say that their platform is meant to inform the “current political climate and assert a clear vision, particularly for those who claim to be our allies, of the world we want them to help us create.”

Work on the document began after the M4BL conference in Cleveland, Ohio last July. It was drafted by nearly 30 groups and endorsed by 35 additional organizations.

“We reject false solutions and believe we can achieve a complete transformation of the current systems, which place profit over people and make it impossible for many of us to breathe.”

“We reject false solutions and believe we can achieve a complete transformation of the current systems,” the platform continues, “which place profit over people and make it impossible for many of us to breathe.”

“Our grievances and solutions extend beyond the police killing of our people,” said Montague Simmons of Organization for Black Struggle and the M4BL Policy Table, according to the Guardian. “State violence includes failing schools that criminalize our children, dwindling earning opportunities, wars on our trans and queer family that deny them of their humanity, and so much more.”

Further, the platform acknowledges the global nature of the movement’s grievances, stating, “we know that patriarchy, exploitative capitalism, militarism, and white supremacy know no borders. We stand in solidarity with our international family against the ravages of global capitalism and anti-Black racism, human-made climate change, war, and exploitation.”

Adding international perspective to the national struggle against systemic racism, Maina Kiai, the United Nations Special Rapporteur on the rights to freedom of peaceful assembly and of association, just concluded a 10-city tour of the U.S. In his summary report issued late last week, Kiai stated unequivocally: “There is justifiable and palpable anger in the black community over these injustices. It needs to be expressed.”

“To be clear,” he noted in the official statement, “the focus of my mission was not race or discrimination. My mandate concerns the enjoyment of the rights to freedom of peaceful assembly and of association. But it is impossible to discuss these rights without issues of racism pervading the discussions,” he added, specifically drawing attention to the disproportionate use of police force and intimidation against black and Muslim protesters and lack of accountability for law enforcement.

The Movement for Black Lives is hosting a Twitter townhall on Tuesday at 2pm and a national call on Wednesday at 8pm EST to discuss the policy demands.