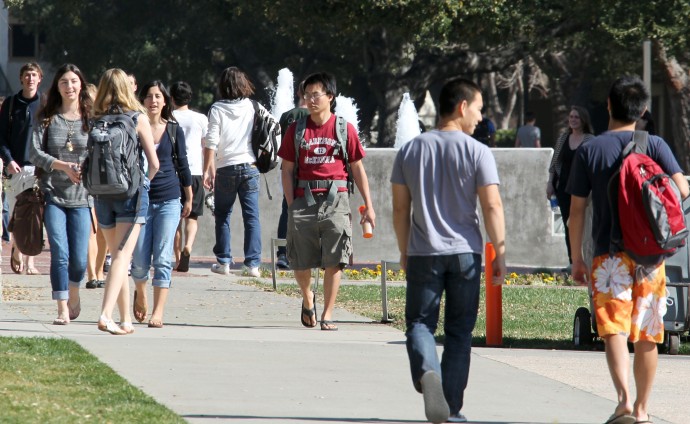 Groups of Asian Americans have come forward to stop an effort to reinstitute affirmative action at California’s public universities, claiming the proposed change would be detrimental to Asian American students.

LOS ANGELES — Eighteen years after California approved a landmark ballot measure to ban affirmative action, the nation’s most diverse state is wrestling again with how to boost the representation of minorities on the campuses of its public universities.

In January, the state Senate passed a bill proposing a constitutional amendment that would repeal the education provisions of Proposition 209. Supporters were hoping the amendment would be presented to voters as early as the November election.

“The increasing diversity of California, as well as recent U.S. Supreme Court decisions upholding university programs in other states where race is used as a factor, makes this the right time to ask voters to revisit Proposition 209 and ask whether it is really the best prescription for our state,” the bill’s author, Sen. Ed Hernandez, said last year.

But before Senate Constitutional Amendment 5 reached the floor of the state Assembly, something unexpected happened. Amid a fierce outcry from Chinese-American groups, the Assembly leadership put it on hold.
Three Asian-American senators who voted for the bill had expressed a change of heart after being bombarded with protests by Chinese-American constituents concerned that the ethnic balance of college admissions would tip decisively against their community.

Chinese-American elected officials and academics have also spoken out against restoring affirmative action.

“Other ethnic groups don’t put their kids’ education as number one priority,” said San Gabriel City Councilman Chin Ho Liao. “You don’t realize how much Asian parents sacrifice. Asians are minorities, and even though we’re doing very well, we should be the role model for other minorities. If you punish us for that, that is wrong.”

In the San Francisco Bay area, Peter Kuo, a native of Taiwan who is a Republican candidate for the state Senate, has made opposition to SCA 5 part of his platform. College admission “should be based on merit, not the race of the student,” he told MintPress News in an interview.

But even within the Asian-American community, the sentiment is far from universal. Groups such as Chinese for Affirmative Action, Hmong Innovating Politics and the Southeast Asia Resource Action Center have announced their support for SCA5.

Proposition 209, also known as the California Civil Rights Initiative, amended the state constitution to prohibit state institutions from considering race, sex, or ethnicity in the areas of public employment, public contracting, and public education. The measure passed in November 2006 with about 55 percent of the vote and has served as a template for similar bans on affirmative action in Arizona, Florida, Michigan, Nebraska, New Hampshire, Oklahoma and Washington state.

Kuo told MintPress that Asian-American admissions to the UC and California State University systems had “dramatically declined” over the years before Prop 209 and have been increasing ever since it passed. The growing disparity in admissions of blacks and Latinos, he said, was due more to the deficiencies of high school education than the repeal of affirmative action.

“Race is so backward,” Kuo argued. “It’s not the solution to our [educational] crisis here in California.”

But in a report released in March, a coalition of Asian-American and Pacific Islander organizations said it was “problematic to assume that Prop 209 ushered in big gains for AAPIs.”

“Contrary to the harmful ‘model minority’ myth, many AAPI ethnic groups face considerable educational disadvantages and have lower rates of college access,” the coalition said, recommending that California expand enrollment capacity at public universities so “young people, including AAPIs, can have a bright educational and economic future.”

California cut its public higher education spending by 30 percent between 2008 and 2013, leaving it out of step with the state’s growing population and shifting demographics.

Sen. Hernandez has made several recent attempts to repeal Prop 209’s education provisions, two of which passed the Legislature but were vetoed by Gov. Jerry Brown. While agreeing with the goals of the legislation, Brown has said that repeal “would be more appropriately addressed” through a constitutional amendment.

SCA 5 was originally introduced in December 2012. New eligibility requirements and admissions initiatives “have only provided a ‘Band-Aid’ approach to restore the numbers of some underrepresented student populations in the UC system” to pre-Prop 2009 levels, Hernandez said in a Senate committee analysis of his bill.

On Jan. 30, the bill passed the Senate by a vote of 27 – 9, with only Republicans voting against it. Sens. Ted W. Lieu, Carol Liu and Leland Yee — all Asian Americans — were among those in favor. But on March 17, Assembly Speaker John Pérez returned SCA 5 to the Senate without an Assembly vote, saying he didn’t have enough support to put it on the November ballot.

“SCA 5 is dead for the year,” Lieu, who, along with Liu and Yee, no longer supported it, said in a statement.

Groups such as the Chinese-American Institute for Empowerment, the National Council of Chinese Americans and the Chinese Alliance for Equality had led the opposition to the bill, tapping into fears of Chinese-American parents that the revival of affirmative action in public education would be detrimental to their children.

A Change.org petition that said SCA 5 would “roll back the clock to discriminate against a student simply based on his/her race” collected more than 100,000 signatures, while the 80-20 Initiative, a conservative Asian-American political action committee, warned that the bill would “make state college admission for qualified Asian American students more difficult so that other less qualified students will be admitted.”

Academics and others have argued that such rhetoric distorts reality.

“Affirmative action, diversity and anti-discrimination programs in higher education and other sectors of public life have been critical to securing equal opportunities for racial minorities and women, and have been crucial to building a more just and equitable society,” Winifred Kao of the Asian Americans Advancing Justice-Asian Law Caucus said in a statement.

UCLA Chancellor Gene D. Block said in a letter to the campus community that nearly two decades after Prop 209 passed, “it is clear that we have suffered for it. With each passing year, campuses all across our state — and, increasingly, as copycat laws are passed, the nation — fail to accurately reflect the growing diversity in our communities.”

Louis DeSipio, a professor of political science at UC-Irvine, believes SCA 5 was “poorly managed” in the Legislature, saying the Democratic Party leadership should have undertaken more of an educational effort before proposing it.

There’s still plenty of time, he noted, to get a repeal of Prop 209 on the ballot in 2016, a presidential election year when the electorate will be larger and more diverse.

As long as the supporters of repeal proceed cautiously, the defeat of SCA 5 may be only “a temporary hiccup in a long-term strategy,” DeSipio told MintPress.

But Senate candidate Peter Kuo, himself a graduate of San Jose State University, insists that Asian Americans and other minorities he speaks to “all have the same opinion in this. I ask them the same question, ‘Do you want affirmative action here?’ One hundred percent of them say ‘No.’ They don’t want government helping to get them where they want to go.”