Police Threaten To Arrest Journalist For Arguing With Him On Facebook

Officer Paul Harris openly threatens the Greene County Herald, and their editor and journalist Vaduva over a panhandling ordinance. On Sunday, Dayton, Ohio police officer Paul Harris threatened a Greene County Herald journalist with arrest. Reporter Virgil Vaduva has in fact been arrested while in the course of reporting and taking photographs, but this would be the first time he was threatened with

END_OF_DOCUMENT_TOKEN_TO_BE_REPLACED

“Kids have to recognize their authority when they’re being questioned and how to conduct themselves.” A new bill would force schools to teach students how they should interact with police officers. Under the proposed legislation, Bill A4130, part of the Social Studies curriculum

END_OF_DOCUMENT_TOKEN_TO_BE_REPLACED 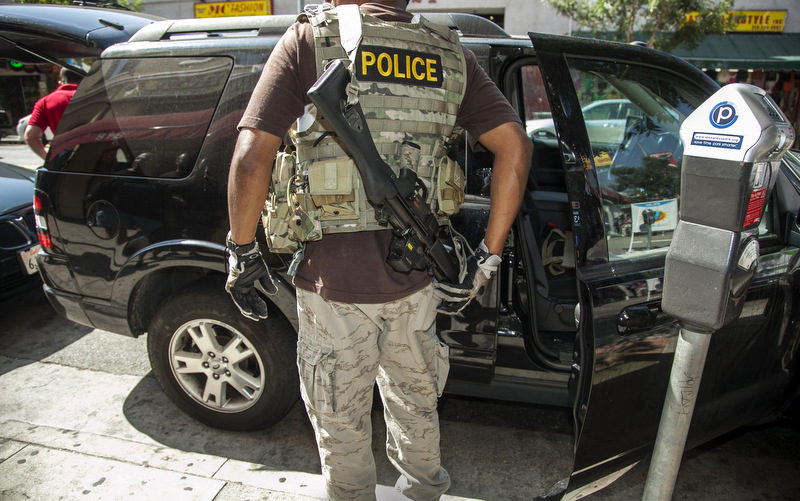 Disclaimer: The photo is file photo of a Los Angeles SWAT team member, and does not depict a so-called assault weapon. In 2012, Cleveland, Ohio police officers fired 137 rounds into a car full of

END_OF_DOCUMENT_TOKEN_TO_BE_REPLACED

Antony Caravella had to wait 26 years to receive “justice” after being framed by police. Antony Caravella had to wait 26 years for justice. The 46-year-old was wrongfully imprisoned after being framed by two Miramar police officers for the rape and murder of 58-year old Ada Cox Jankowski. Jankowski was in fact brutally raped and stabbed

END_OF_DOCUMENT_TOKEN_TO_BE_REPLACED Arnold Abbott made national news when he was arrested last November for feeding homeless people. The 90-year-old activist serves food to the homeless along with other volunteers in Fort Lauderdale, Florida. Now activists are filing suit against the city for their blatantly unconstitutional ordinance, and the arrests, fines and court appearances

END_OF_DOCUMENT_TOKEN_TO_BE_REPLACED

The two police officers involved, James Festa and John Rigdon, have been with the department for three years, and both have been disciplined several times, according to their personnel files. Police in Groveland, Florida were responding to a burglary alarm that was accidentally tripped upon Jean Guirand’s return home with his family. But police entered the house without announcing themselves, and upon seeing the 11-year-old they held her down at gun point, and pressed their knees down onto her back and yelled at her threateningly, as

END_OF_DOCUMENT_TOKEN_TO_BE_REPLACED

Neighborhood eyewitnesses indicated that the unarmed suspect had done nothing but pull into his driveway and leave the police officer who pulled him over behind, as he walked to the rear of his house. It started as a simple traffic stop, but police say what happened next justified them opening fire on a completely unarmed man. When pressed for details police would not say much at all. Neighborhood eyewitnesses, however, seem to indicate that the unarmed suspect had done nothing other than pull into his driveway and leave the officer who pulled