An award-winning author and geopolitical analyst, Mahdi Darius Nazemroaya is the author of The Globalization of NATO (Clarity Press) and a forthcoming book The War on Libya and the Re-Colonization of Africa. He has also contributed to several other books ranging from cultural critique to international relations. He is a Sociologist and Research Associate at the Centre for Research on Globalization (CRG), a contributor at the Strategic Culture Foundation (SCF), Moscow, and a member of the Scientific Committee of Geopolitica, Italy. SHANGHAI --- (Analysis) The Permanent Court of Arbitration’s non-binding ruling on the territorial dispute between the People’s Republic of China and the Republic of the Philippines is largely misunderstood. Sovereignty or ownership of disputed land formations were never going to be adjudicated or awarded as many Filipinos and Filipinas thought

END_OF_DOCUMENT_TOKEN_TO_BE_REPLACED

Washington’s Financial Currency War On China: Eclipsing of US Dollar by The Yuan

The Chinese are in the process of displacing the monopoly of the US dollar. They are dropping their US Treasury bonds, stockpiling gold reserves, and opening regional distribution banks for their own national currency. This will give them easier access to capital markets and insulate them from financial manipulation by Washington and Wall Street. Global Research Analysis-- The Chinese are in the process of displacing the monopoly of the US dollar. They are dropping their US Treasury bonds, stockpiling gold reserves, and opening regional distribution banks for their own national currency. This will give them easier access to capital markets and insulate them from financial manipulation by

END_OF_DOCUMENT_TOKEN_TO_BE_REPLACED 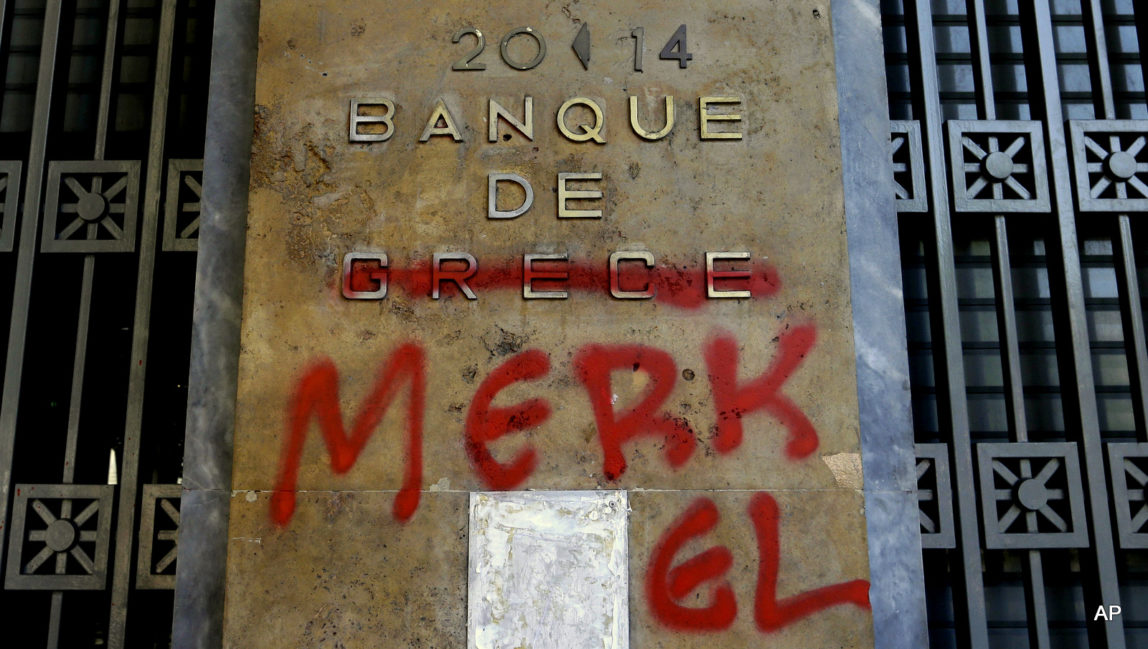 SAINT-JEROME, Quebec --- Modern Greek tragedy is at play, and so are illusions. The big myth is that Greece overspent and the Greek government was reckless with its budgets, ultimately indebting Athens. It is true that Greek officials tried to gain influence and political support through spending. It’s also true that they signed lucrative

END_OF_DOCUMENT_TOKEN_TO_BE_REPLACED

ANALYSIS: America’s New Deal With Iran May Leave Russia Out In The Cold

The implications of the recent Iranian nuclear deal extend far beyond centrifuges and uranium enrichment. Russia, which has long played tensions between Tehran and Washington to its own ends, may know this better than anyone. MONTREAL --- Tehran and Washington have both been constrained by their own post-1979 rhetoric about one another. Even after a final nuclear deal was signed in Geneva on Tuesday, officials in Tehran and Washington say they are not normalizing ties. Generally, however, both sides have long wanted to improve relations without making any concessions,

END_OF_DOCUMENT_TOKEN_TO_BE_REPLACED

Imagery and Empire: Are all Muslims Terrorists? Are All Terrorists Muslim?

END_OF_DOCUMENT_TOKEN_TO_BE_REPLACED

Are Vulture Funds A US Tool Against Argentina In An Energy War With Russia?

Argentine President Kirchner tells U.N. General Assembly that the roots of terrorism run deep, calling on member states — and particularly the U.S. — to address the policy-linked and economic issues that give rise to violent extremism. Argentina took a stand against the United States at the United Nations on Sept. 24, 2014. Emphasizing that both Argentines and the world were at an important crossroads, Argentine President Cristina Fernández de Kirchner addressed the start of the 69th session of the U.N. General Assembly in a speech that undoubtedly upset the policy mandarins

END_OF_DOCUMENT_TOKEN_TO_BE_REPLACED

A natural gas deal between Russia and China was in the works for a long time, so why all the fuss over its unveiling? One has to look beyond the headlines when considering world events. The ballyhoo that is made of many of these events is either newspeak or grossly disjointed by narrow-sighted interpretations. The announcement of the mega energy deal for just over 36.8 billion cubic meters (1.3 trillion cubic feet) of natural gas reached between the Russian