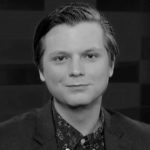 Bernie Sanders has once again caused a firestorm of condemnation from America's talking heads and political mouthpieces. What did Sanders say this time that got pundits like Republican strategist and CNN commentator Ana Navarro so heated? In an interview with Anderson Cooper, the presidential candidate said: You know... When Fidel Castro came

END_OF_DOCUMENT_TOKEN_TO_BE_REPLACED

When it comes to Venezuela, we should be wary of hyperbole and exaggeration, bearing in mind that “humanitarian crisis” is a highly technical and loaded term that can be misused as a pretext for military intervention and regime change. THE HAGUE, NETHERLANDS (Opinion) -- The prosecutor of the International Criminal Court, Fatou Bensouda, recently announced that a “preliminary investigation” would be launched into the sovereign state of Venezuela, citing alleged incidents of state violence committed during the months of street protests in 2017. These violent protests claimed the