In Mexico, Resistance to Govt Collusion with Capitalists and Organized Crime Triggers Criminalization of Dissent

MEXICO CITY — Leon Fierro spent 20 days in a Mexican jail on trumped-up attempted-homicide charges he says came on orders from the government. Upon his release, the human rights activist returned to organizing Mexicans against efforts to privatize their water, visiting Mexico City to speak out against the government’s efforts to intimidate him and derail the movement he leads.

Through repression, persecution, harassment, they seek to stigmatize those who struggle … to intimidate them so that they finally relent. Fortunately the vast majority of us who have been arrested have turned that rage into a fierce conviction to struggle.”

Fierro is a spokesman for Mexicali Resiste, an organization that is fighting to stop the construction of a giant brewery that threatens the area’s water supply. Once it’s fully operational, the Constellation Brands brewery will consume 20 billion liters of water a year – the equivalent of what 750,000 households consume annually – to make labels that are popular in the United States such as Corona and Modelo.

An hour’s drive from Yuma, Arizona, the city of Mexicali is a border town and the production of beer at the brewery is aimed at the export market. Experts believe that water supplies in and around the city are already overburdened and the opening of the brewery will strip local farmers of their water supply in order to satisfy the demand for beer across the border. State and local police attempt to break up protests over water theft by opponents of the Constellation Brands brewery on Jan. 16. Víctor Medina | La Crónica

Resistance to the project has been fierce. Residents have staged militant protests that have, at times, caused construction to cease, and made enemies not only with Constellation Brands executives but also Mexican government officials at the local, state and federal levels, all of whom support the project. Said Fierro:

We see, at least in the case of Baja California, that the frustration and desperation of the government at their inability to contain unrest has been very evident.”

Buying off leaders in an attempt to co-opt resistance movements does not work as well in Mexico as it used to at the beginning of the century. After decades of rule by neoliberal politicians, the people’s resolve has strengthened and they are no longer easily dissuaded. Said Fierro:

I think they’re in a state of despair … there is a resurgence, a new wave of organizations and protest, which are also backed by social media.”

Stronger resistance movements and leaders have led the state to criminalize social movement leaders like Fierro with increasing frequency. Mexicali Resiste has been clear from the beginning that the case against Fierro is a case of political persecution. 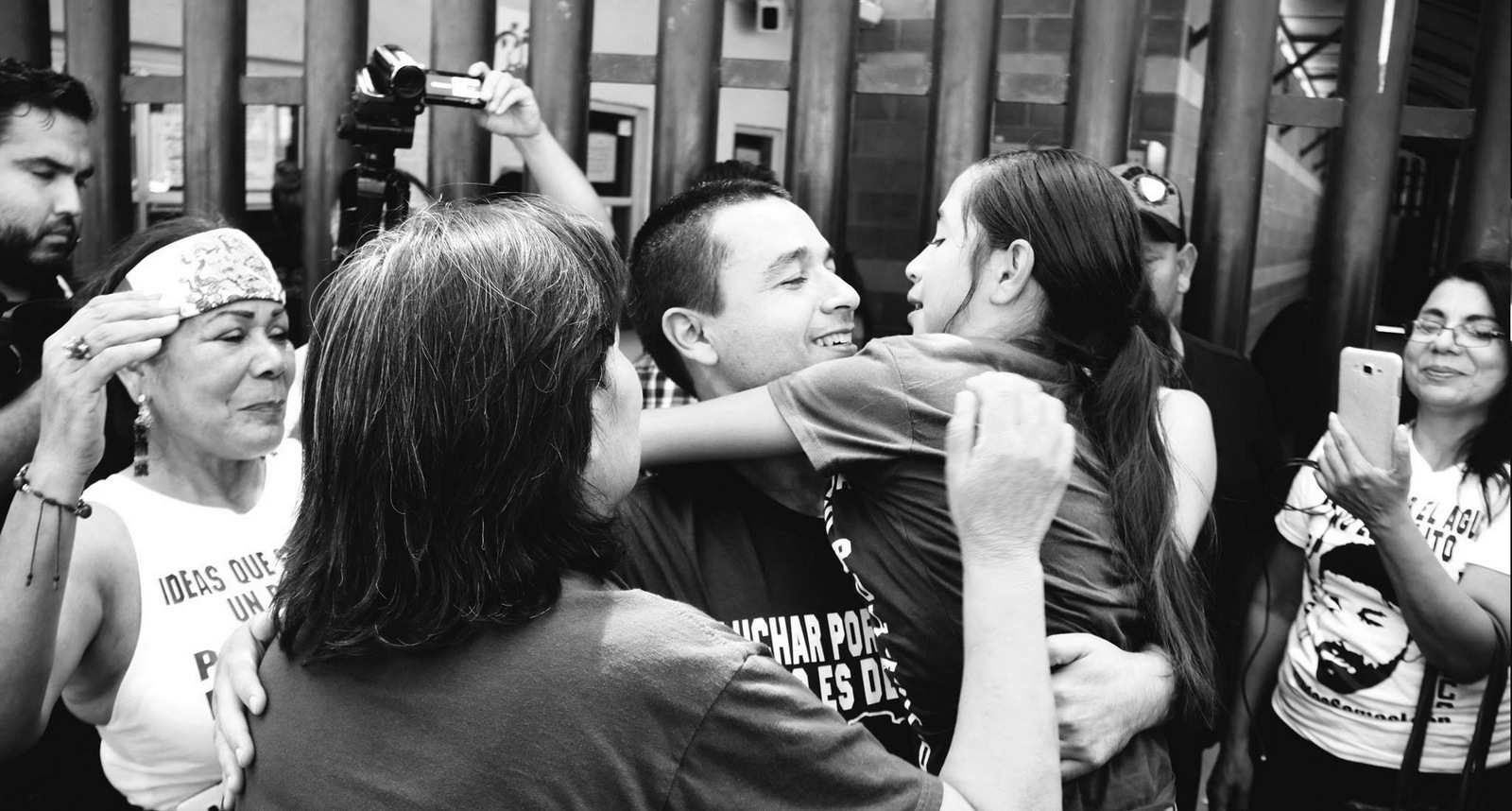 The governor of the Mexican state of Baja California, Kiko Vega, denied that Fierro was a political prisoner, telling media outlets that due process had to be respected. But Fierro says that the details of his case make it obvious that there are political motives behind his detention.

When brought before a judge, Fierro was accused of trying to run over a group of police officers during a protest on January 16 and of striking an officer named Edgar Manuel Tapia. Fierro claims that Tapia was pressured into making the allegation and that even the officer wants nothing to do with the case anymore.

The judge presiding over the case deemed Fierro a “person dangerous to society” and ordered him held in pre-trial detention. However, his arrest provoked a major outcry; eventually, his charges were downgraded and he paid a fine, though the threat of more charges hangs over his head.

If the intent was to slow the movement’s momentum, the result has been quite the opposite, said Fierro:

Repression and the criminalization of protest is not working out (for the state); on the contrary, they have really helped us, more people are paying attention and supporting our struggle.”

Since he was freed on May 23, Fierro has visited several cities throughout the country to build relationships with social movements in other parts of the country, in an effort to expand support and build a united front for progressives in Mexico. The stakes — political, economic, financial — are high and Fierro doesn’t think that Mexico’s corrupt leadership is out of tricks.

They’re still frustrated; we do not know what else they might try.”

Taking out opponents, by any means necessary

More than a hundred political activists and candidates have been killed in Mexico since the election period began in September of 2017.

Recently the candidate representing President Enrique Peña Nieto’s party, Jose Antonio Meade, has ratcheted up his rhetoric against the front-running socialist candidate, Andres Manuel Lopez Obrador, for his support of an activist named Nestora Salgado, who is running for the Mexican Senate. Salgado rose to prominence for her role in leading a community police force in her community in the southern state of Guerrero.

She was jailed for nearly three years before finally being cleared of all charges and released by a three-judge panel. Nonetheless, Meade has insisted that Salgado was merely freed on a technicality. Having first made the accusation during the widely televised presidential debate, Meade’s strategy has sent chills up the collective spine of Mexican society. Salgado said in a press statement:

By re-victimizing someone who has been cleared as innocent by the judiciary, the public position by Jose Antonio Meade shows his lack of respect for human rights. In addition, it legitimizes acts of violence against [me].”

Indeed, Salgado said the very night of the debate someone detonated explosives outside the home of her eldest daughter. Salgado has said that she holds Meade responsible, should anything happen to her or her family.

In an opinion column for Proceso magazine, political analyst and National Autonomous University of Mexico law professor John Ackerman argued that Meade’s attacks on Salgado derive from the latter’s efforts to confront the collusion between the state and organized crime.

Ackerman argued that it was only when the community police force went after those with political connections that the persecution against Salgado began. He wrote:

It was in that moment when the counter-attack by narco-power, state and federal, began and led to the unjust detention of Salgado as one of the most important political prisoners of the Peña Nieto government.”

As in the case of Leon Fierro in Baja California, economic and political elites bristle at anything that threatens their dominance. Fierro himself believes Meade was trying to send a signal by calling out Salgado during the debate.

The criminalization of social activists, a disposition that extends into the highest echelons of power, is part and parcel of the functioning of capitalism in countries like Mexico. Though they might seem far apart, activities connected to organized crime and extraction of natural resources both depend on collusion with the state.

Organized crime could not thrive the way it does in Mexico if it were not for the impunity provided to these groups by the state. Likewise, in the face of resistance to resource extraction, the state uses its power of repression to clear a path for the interests of capital.

When they start with those strategies of repression, they make us more visible; when they take these types of actions, the movement grows.”

He links the fight against corruption and neoliberalism with the historical struggles of Mexico’s indigenous peoples. According to Fierro, more and more Mexicans are beginning to experience in their daily lives the societal critiques that have for years been raised by movement activists.  Said Fierro:

The perseverance of social struggle groups, that have … hundreds of years of history [in Mexico], are having an echo effect in society.”

Top Photo | Members of the Mexicali Resiste Movement demonstrate against the theft of the local water supply by brewing Constellation Brewing. Screenshot | YouTube