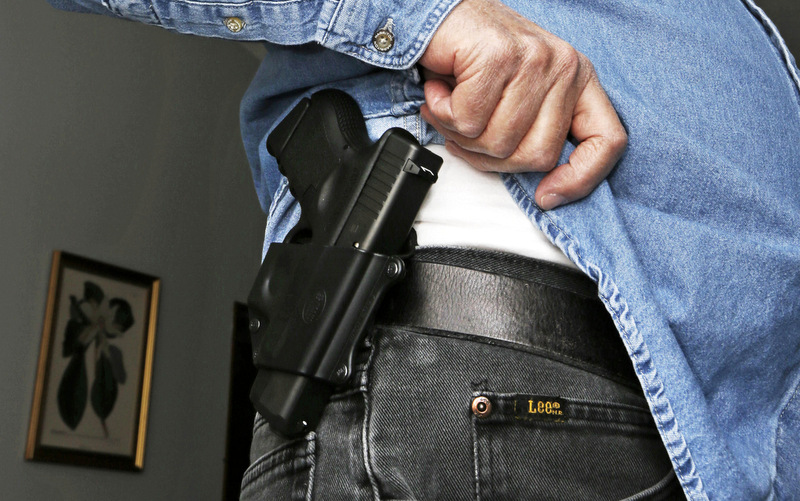 Washington Voters Stand Up To NRA … And May Just Win

On the eve of the 2014 midterm elections, voters in Washington state appear poised to make history—despite spending by the nation’s powerful gun lobby—in passing by popular vote an initiative that will strengthen gun control measures across the state.

Initiative 594 goes where lawmakers thus far have refused to dare by mandating that background checks are run on every person purchasing a gun in the state, including purchases made at gun shows, online or through private sale. The measure also requires that dealers who are facilitating gun transfers receive written confirmation from the chief of police or sheriff that the purchaser “is eligible to possess a pistol […] and that the application to purchase is approved by the chief of police or sheriff.” Currently, background checks in Washington state are required only for sales by licensed firearm dealers.

The vote comes less than two weeks after Marysville, Washington student, Jaylen Fryberg, opened fire on his classmates at Marysville-Pilchuck High School, killing three, plus himself. Supporters of the measure say that, despite increasing instances of gun violence and the growing tide of public opinion for more gun control, lawmakers have thus far failed to pass any substantial legislation.

Geoff Potter of the Washington Alliance for Gun Responsibility, a coalition of organizations which put the initiative on the ballot, told the Guardian’s Chris McGreal that the initiative was, as McGreal writes, “born of frustration at the unwillingness of the U.S. Congress and members of Washington state’s legislature to curb the illegal sale of guns because they are afraid of the power of the NRA [National Rifle Association].”

“People are tired with putting up with inaction,” Potter said. “If the elected representatives would not act, both at a national level and in our own legislature, then people were prepared to take the issue into their own hands and after two years they’ll have the opportunity to do that on Tuesday.”

A poll (pdf) published before the shooting, on October 13, by the nonpartisan Elway Research Group found that the measure had 60 percent support.

“If the elected representatives would not act, both at a national level and in our own legislature, then people were prepared to take the issue into their own hands.”
—Geoff Potter, Washington Alliance for Gun Responsibility

And in the wake of the Marysville tragedy, Washington’s richest have poured millions into the Yes on 594 campaign. According to reports, Bill and Melinda Gates and entrepreneur Nicolas Hanauer each contributed over a million dollars, while both Microsoft co-founder Paul Allen and former Microsoft CEO Steve Ballmer each donated $500,000. Former New York City Mayor and gun control proponent Michael Bloomberg has also contributed $285,000 to the measure.

Opposition to 594 has been led largely by both the national and regional chapters of the NRA. However, most of the opposition’s efforts have coalesced around a competing measure, Initiative 591, which would “prohibit government agencies from confiscating guns or other firearms from citizens without due process, or from requiring background checks on firearm recipients unless a uniform national standard is required.”

Despite having raised over $1 million in donations from largely pro-gun groups, polls find that public support for Initiative 591 is falling. According to the latest Elway poll, backing for the measure stands at 39 percent, down from 55 percent in April.

However, if both pass, as Dan Satterberg, Republican prosecutor for Seattle and King county, told McGreal, “Initiative 591 effectively cancels out 594.”

According to recent reporting by Mother Jones, the NRA has also poured millions into state elections backing candidates deemed firearm friendly. As of October 29, the gun lobby has spent $5.1 million in North Carolina, $4.7 million in Colorado, $2.9 million in Arkansas, and $4 million in Iowa, among others.

The NRA has also publicly endorsed an Alabama constitutional amendment on the November 4 ballot that, if approved by voters, will amend the constitution to explicitly “provide that every citizen has a fundamental right to bear arms and that any restriction on this right would be subject to strict scrutiny.” Additionally, it would “provide that no international treaty or law shall prohibit, limit or otherwise interfere with a citizen’s fundamental right to bear arms.”

You can see other Common Dreams’ coverage of noteworthy ballot races here.

This work is licensed under a Creative Commons Attribution-Share Alike 3.0 License
This article was published by Common Dreams
Comments