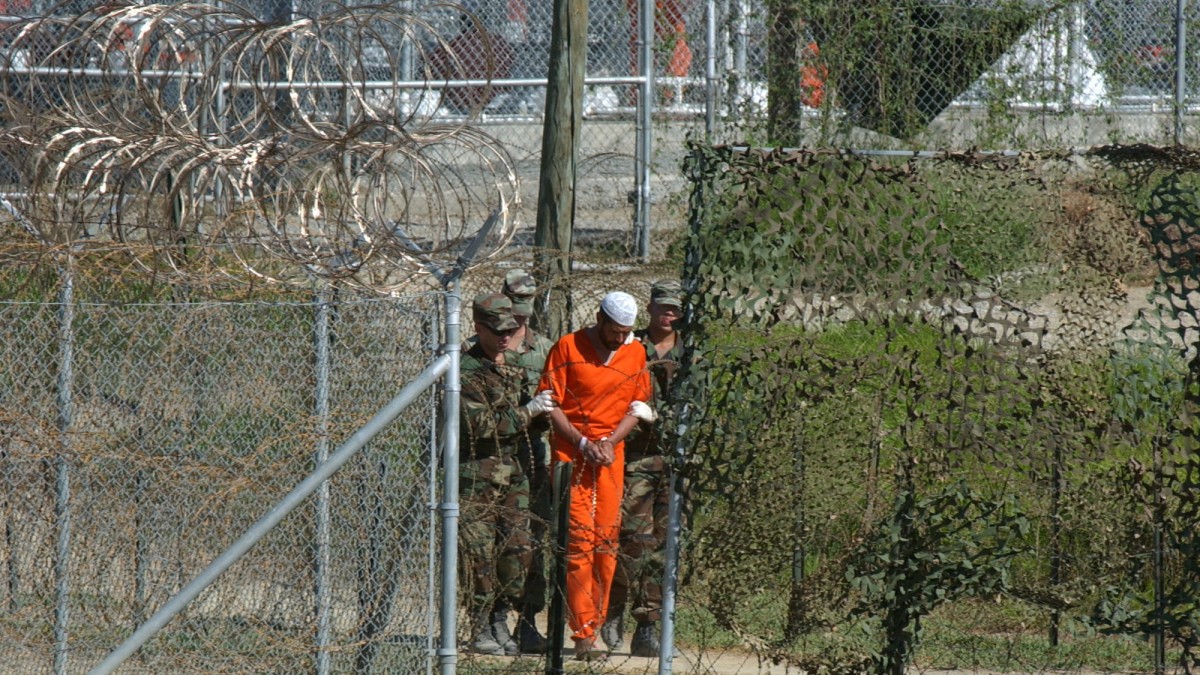 US Court Of Appeals: Genital Searches Of Guantanamo Inmates Can Continue

The Obama administration had appealed a ruling of a federal judge who called the practice “religiously and culturally abhorrent.”

In this March 1, 2002 file photo, a detainee is escorted to interrogation by U.S. military guards in the temporary detention facility Camp X-Ray at the Guantanamo Bay U.S. Naval Base in Cuba. (AP Photo/Andres Leighton, File)

The government can continue genital searches of inmates at the Guantanamo Bay U.S. Naval Base in Cuba, the U.S. Court of Appeals ruled.

The Obama administration, which considers the genital searches essential to security at Guantanamo, had appealed a ruling of a federal judge who called the practice “religiously and culturally abhorrent.”

Typically, detainees were frisked on their way to meetings or phone calls with lawyers, and upon returning to their cells.

The detainees’ attorneys said that some detainees opted to forgo legal counsel in order to avoid the full body inspections they considered so disrespectful towards their religion.

In his ruling last week, Lamberth concluded that the motivation for the searches is not to enhance security but to deter the detainees’ access to attorneys.

On Wednesday, the appeals court granted a temporary delay in enforcing the ban, giving the administration time to mount a full appeal.