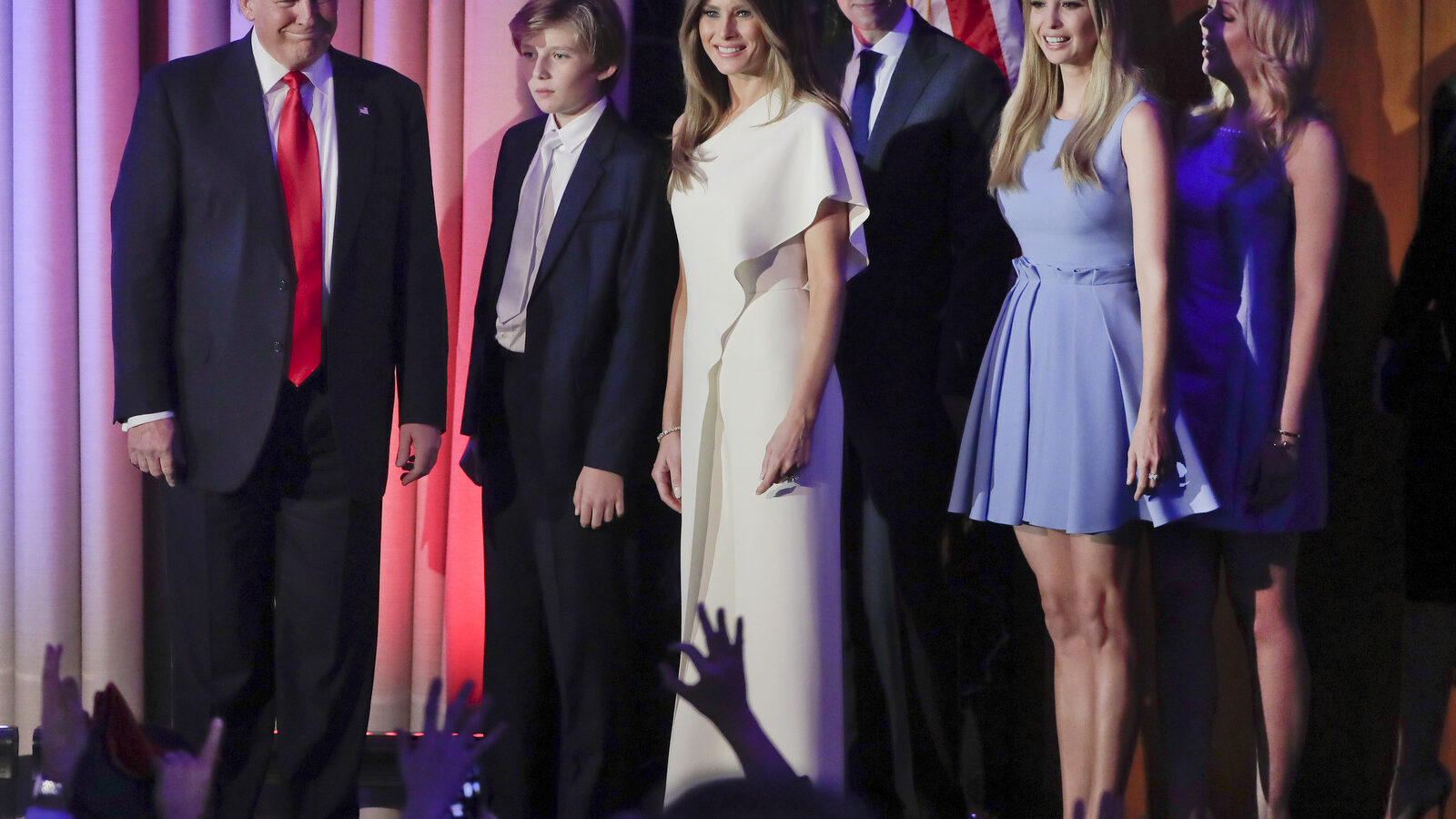 Far from ending with President-elect Trump’s announcement that he will separate himself from the management of his business empire, the constitutional debate about the meaning of the Emoluments Clause 2014 and whether Trump will be violating it 2014 is likely just beginning.

That’s because the Emoluments Clause seems to bar Trump’s ownership of his business. It has little to do with his management of it. Trump’s tweets last Wednesday said he would be “completely out of business operations.”

Hence, legal documents are being crafted which take me completely out of business operations. The Presidency is a far more important task!

But unless Trump sells or gives his business to his children before taking office the Emoluments Clause would almost certainly be violated. Even if he does sell or give it away, any retained residual interest, or any sale payout based on the company’s results, would still give him a stake in its fortunes, again fairly clearly violating the Constitution.

The Emoluments Clause bars U.S. officials, including the president, from receiving payments from foreign governments or foreign government entities unless the payments are specifically approved by Congress. As ProPublica and others have detailed, Trump’s business has ties with foreign government entities ranging from loans and leases with the Bank of China to what appear to be tax-supported hotel deals in India and elsewhere. The full extent of such ties remains unknown, and Trump has refused to disclose them, or to make public his tax returns, through which many such deals, if they exist, would be revealed. Foreign government investments in Trump entities would also be covered by the clause, as would foreign government officials paying to stay in Trump hotels, so long as Trump stands to share in the revenues.

One misconception about the Emoluments Clause in early press coverage of it in the wake of Trump’s election is being clarified as scholars look more closely at the provision’s history. That was the suggestion that it would not be a violation for the Trump Organization to conduct business with foreign government entities if “fair market value” was received by the governments.

This view had been attributed to Professor Richard Painter, a former official of the George W. Bush administration, and privately by some others. But Professor Laurence Tribe, the author of the leading treatise on constitutional law, and others said the Emoluments Clause was more sweeping, and mandated a ban on such dealings without congressional approval. Painter now largely agrees, telling ProPublica that no fair market value test would apply to the sale of services (specifically including hotel rooms), and such a test would apply only to the sale of goods. The Trump Organization mostly sells services, such as hotel stays, golf memberships, branding deals and management services.

The Emoluments Clause appears in Article I, Section 9 of the Constitution. It bars any “person holding any office of profit or trust under” the United States from accepting any present, Emolument, Office, or Title, of any kind whatever, from any King, Prince, or foreign state” “without the consent of the Congress.” The word “emolument” comes from the Latin emolumentum, meaning profit or gain. The language of the clause was lifted in its entirety from the Articles of Confederation which established the structure of the government of the United States from 1781 until the ratification of the Constitution in 1788-89. The clause was derived from a Dutch rule dating to 1751.

The clause was added to the draft Constitution at the Constitutional Convention on Aug. 23, 1787 on a motion by Charles Pinckney of South Carolina. As Gov. Edmund Randolph of Virginia explained to his state’s ratification convention in 1788, Pinckney’s motion was occasioned by Benjamin Franklin, who had been given a snuffbox, adorned with the royal portrait and encrusted with small diamonds, by Louis XVI while serving as the Continental Congress’s ambassador to France. As Randolph said,

“An accident which actually happened, operated in producing the restriction. A box was presented to our ambassador by the king of our allies. It was thought proper, in order to exclude corruption and foreign influence, to prohibit any one in office from receiving emoluments from foreign states.”

The Continental Congress in 1786 had consented, after a debate, to Franklin keeping the snuffbox, as it had earlier with a similar gift to envoy Arthur Lee. At the same time, consent also was given to diplomat John Jay receiving a horse from the King of Spain.

The clause was part of the basis for Alexander Hamilton’s defense of the Constitution, in Federalist 22, as addressing “one of the weak sides of republics”: “that they afford too easy an inlet to foreign corruption.”

There is no question that the Emoluments Clause applies to the president. President Obama’s counsel sought an opinion in 2009 on whether it barred him from accepting the Nobel Peace Prize. The Justice Department concluded that it did not, in part based on historical precedent (the Prize had also been awarded to Presidents Theodore Roosevelt and Woodrow Wilson, Vice President Charles Dawes and Secretary of State Henry Kissinger), but primarily because the Norwegian group that awards the prize was not deemed a governmental entity.

The clause does not seem ever to have been interpreted by a court, but it has been the subject of a number of opinions, over the years, of the attorney general and the comptroller general.

Nearly all of these opinions have concluded that the clause is definitive. In 1902, an attorney general’s opinion said it is “directed against every kind of influence by foreign governments upon officers of the United States.” In 1970, a comptroller general opinion declared that the clause’s “drafters intended the prohibition to have the broadest possible scope and applicability.” A 1994 Justice Department opinion said “the language of Emoluments Clause is both sweeping and unqualified.” Among the ties deemed to violate the clause was a Nuclear Regulatory Commission employee undertaking consultant work for a firm retained by the government of Mexico.

Congress has passed one law giving blanket approval to a set of payments from foreign government entities. Known as the Foreign Gifts and Decorations Act, it is limited to gifts of “minimal value” (set as of 1981 at $100), educational scholarships and medical treatment, travel entirely outside the country “consistent with the interests of the United States,” or “when it appears that to refuse the gift would likely cause offense or embarrassment or otherwise adversely affect the foreign relations of the United States.” The specificity of these few exceptions reinforces the notion that other dealings with foreign government entities is forbidden without congressional approval.

One attorney-general opinion from the Reagan administration offers the possibility of a more permissive interpretation of the Emoluments Clause, indicating it could be limited to “payments which have a potential of influencing or corrupting the recipient.” But whatever the meaning of this, it was the same Reagan Justice Department that banned the NRC employee from the Mexican-funded consultancy a year later.

Ironically, an “originalist” reading of the clause 2014 usually favored these days by conservatives as exemplified by the late Justice Antonin Scalia and current Justice Clarence Thomas 2014 would seem to bind Trump more stringently, while a “living constitution” approach 2014 exemplified by liberals such as the late Justices Louis Brandeis and Thurgood Marshall 2014 might offer him greater latitude.

Clearly, deciding what the Emoluments Clause means in a specific case is a complicated legal question. (The opinion on Obama’s acceptance of the Nobel Prize runs to 13 printed pages.) But just as clearly, the judges of its meaning with respect to President Trump will be politicians rather than the Supreme Court.

The controversies that swirled around Presidents Richard Nixon and Bill Clinton established a number of key points. Among them are that the sole remedy for a violation of the Constitution by a president in office is impeachment, and that the House of Representatives is the sole judge of what constitutes an impeachable offense, while the Senate is the sole judge of whether such an alleged violation warrants removal from office. (Impeachments are very rare: articles of impeachment have been voted against only two presidents, Andrew Johnson and Clinton, both of whom were acquitted by the Senate, while Nixon resigned ahead of likely impeachment. Fifteen federal judges have also been impeached, and eight removed, while four resigned.)

The arguments of scholars and lawyers on the meaning of the Emoluments Clause may influence the public, and their elected representatives. But if Trump decides not to dispose of his business, it will be up to Congress to decide whether to do anything about his apparent violation of the Constitution.