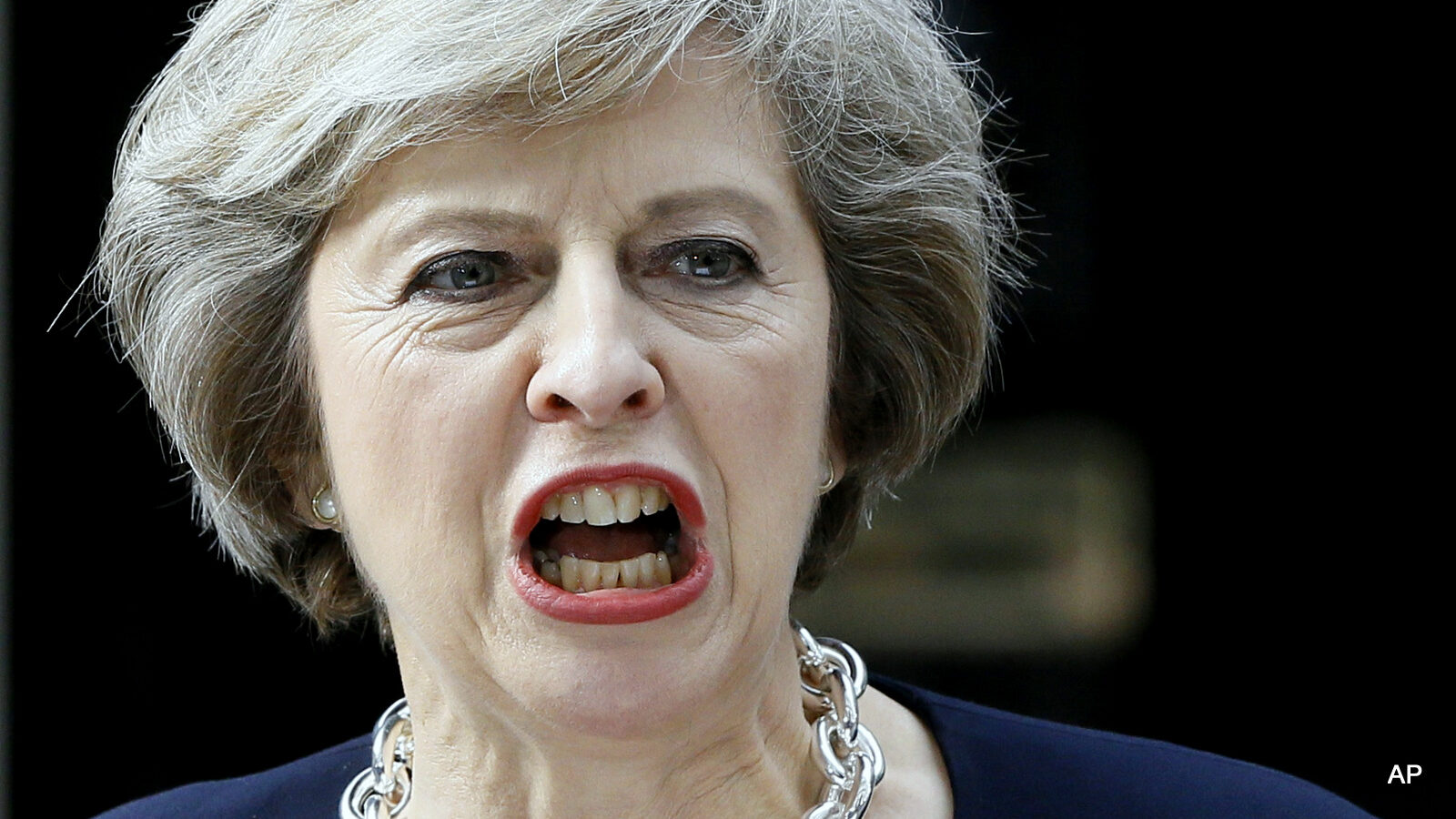 Theresa May Wants A ‘New’ Internet Monitored By The Government

British Prime Minister Theresa May speaks to the media outside her official residence, 10 Downing Street in London.

British politician Theresa May – yes, the same one that wants to revive fox hunting – intends to introduce new, controversial regulations on the way the internet works.

To ensure Britain becomes “the global leader in the regulation of the use of personal data and the internet,” she and fellow Conservatives wants to allow the government to decide what is online and available for citizens to view.

A manifesto outlining the controversial move states, “Some people say that it is not for [the] government to regulate when it comes to technology and the internet. We disagree.”

As The Independent reports, Senior Tories confirmed the phrasing to BuzzFeed News and reiterated that the government intends to censor what people can post, share and publish online.

The manifesto explains that preventing terrorism is a top priority and that censoring content will ensure there is no “safe space for terrorists to be able to communicate online.”

Much of the internet is presently controlled by private businesses, including Google and Facebook. May wants the government to hold as much – if not more – power, especially on social media.

The manifesto suggests that new rules would include laws that make it incredibly difficult to access pornographic and similar websites. The government would be granted permissions to place restrictions on seeing adult content and any exceptions would have to be justified to ministers. Officials even might stop search engines, such as Bing and Google, from directing people to pornographic websites. New rules would also require technology companies to delete anything a person posted when they were under 18-year-sold.

While a loss of pornography wouldn’t be the end of the world, freedom of speech would be greatly limited by the new rules. “In harnessing the digital revolution, we must take steps to protect the vulnerable and give people confidence to use the internet without fear of abuse, criminality or exposure to horrific content,” explains the manifesto.

Another goal listed in the document is the reduction of online bullying. However admirable, freedoms people presently enjoy would be greatly reduced if the government began monitoring chat rooms and the like.

Following in the footsteps of America’s war on “fake news,” the Conservatives also aim to regulate any and all news posted online to ensure only the truth is available to readers – which, one might argue, is subjective.

“We will introduce a sanctions regime to ensure compliance, giving regulators the ability to fine or prosecute those companies that fail in their legal duties, and to order the removal of content where it clearly breaches UK law,” the manifesto reads.

Later in the document, it continues: “While we cannot create this framework alone, it is for government, not private companies, to protect the security of people and ensure the fairness of the rules by which people and businesses abide. Nor do we agree that the risks of such an approach outweigh the potential benefits.”