The convergence of the coronavirus, combined with global conflict and climate change has put the goal of ending global poverty by 2030 virtually out of sight.

Last year, at least 30 rich countries exported locally-banned toxic substances to poorer ones, allowing corporations to write off their costly waste and transferring the costs to some of the poorest people on earth. The practice of dumping banned, toxic chemical waste on poorer societies by big corporations in rich countries must end, say experts at the United Nations Human Rights Council. “In nearly every case there is no legitimate public interest justification,”

END_OF_DOCUMENT_TOKEN_TO_BE_REPLACED A little known specialized bond created in 2017 by the World Bank may hold the answer as to why U.S. and global health authorities have declined to label the global spread of the novel coronavirus a “pandemic.” Those bonds, now often referred to as “pandemic bonds,” were ostensibly intended to transfer the risk of potential pandemics in low-income

END_OF_DOCUMENT_TOKEN_TO_BE_REPLACED

This “U.S. coup manual,” recently highlighted by WikiLeaks, serves as a reminder that the so-called “independence” of such financial institutions as The World Bank and IMF is an illusion and that they are among the many “financial weapons” regularly used by the U.S. government to bend countries to its will. 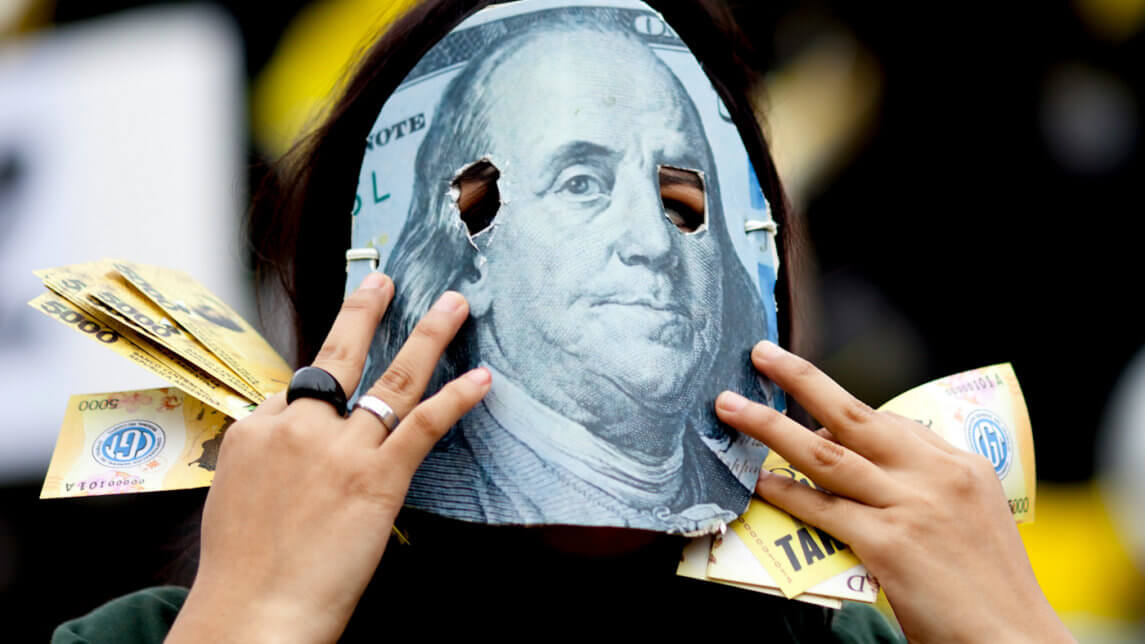 WASHINGTON – In a leaked military manual on “unconventional warfare” recently highlighted by WikiLeaks, the U.S. Army states that major global financial institutions -- such as the World Bank, International Monetary Fund (IMF), and the Organization for Economic Cooperation and Development (OECD) -- are used as unconventional, financial “weapons in

END_OF_DOCUMENT_TOKEN_TO_BE_REPLACED Oh, what a lovely big stocking-filler for the Kiev regime this week from Washington. Just in time for Christmas too, and only weeks after President Petro Poroshenko tried to incite a war with Russia from a naval provocation in the Kerch Strait. First, we had US government envoy Kurt Volker

END_OF_DOCUMENT_TOKEN_TO_BE_REPLACED

“A combination of war, isolation and internal division has left Gaza in a crippling economic state and exacerbated the human distress,” said Marina Wes, World Bank Country Director for the West Bank and Gaza. The World Bank has issued a stark warning about Gaza’s economy. A report published today stated that the enclave is “collapsing” due to

END_OF_DOCUMENT_TOKEN_TO_BE_REPLACED

What Really Happens to Nicaragua, Venezuela and Ecuador Stories about corruption and internally government-generated violence concerning most unaligned countries abound in the MSM. These lies fuel hatred. And the public at large start a malicious rumor circuit. Which, in turn is taken over by the MSM, so that their lies are pushing in open doors. The war drums start beating. The populace wants foreign

END_OF_DOCUMENT_TOKEN_TO_BE_REPLACED

Fire from the Mountain: In Search of Omar Cabezas