A municipal court judge in Ferguson, Missouri, on Monday announced sweeping changes to the city's court system, including an order to withdraw all arrest warrants issued in the city before December 31, 2014. The announcement came ahead of a major new municipal

END_OF_DOCUMENT_TOKEN_TO_BE_REPLACED

House Bill 1261 not only says police may enter homes without warrants, but they could actually kill a homeowner’s pet if the dogs are “not under proper restraint when on the premises of its owner”. Metropolitan Transportation Authority (MTA) officers and their dogs  at  New York's Grand Central Terminal. (AP/Mary Altaffer) A new bill has been proposed which would allow police officers to enter any home, regardless of whether or

END_OF_DOCUMENT_TOKEN_TO_BE_REPLACED

If ever there were a time to de-militarize and de-weaponize police forces, it’s now, starting at the local level, with local governments and citizens reining in local police. “A government which will turn its tanks upon its people, for any reason, is a government with a taste of blood and a thirst for power and must either be smartly rebuked, or blindly obeyed in deadly fear.” —  John Salter

How many children, old people, and law-abiding citizens have to be injured, terrorized or

END_OF_DOCUMENT_TOKEN_TO_BE_REPLACED

In the first prosecution of garment industry factory owners, the Bangladeshi government has issued arrest warrants for the 2012 fire that killed 112 workers. 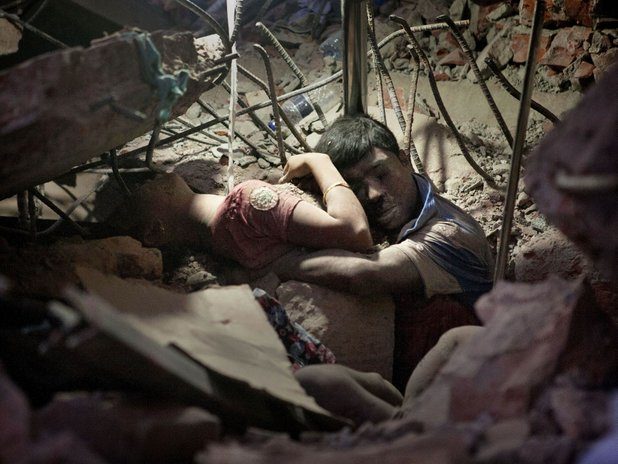 DHAKA, Bangladesh (AP) — A Bangladesh court on Tuesday issued arrest warrants for two garment factory owners and four of their employees on homicide charges for the deaths of 112 workers in a fire that engulfed the factory in 2012. It's the first time Bangladesh has sought to prosecute factory owners in the lucrative garment industry, which is