Despite its new leadership position, Palestine’s bid for statehood at the UN still faces significant hurdles, and its new position will not change Palestine’s status as a UN “permanent observer,” which prevents Palestine from voting in the General Assembly. NEW YORK -- The Group of 77, a bloc of developing nations at the UN, has chosen Palestine’s delegation as its chair for 2019, a move that will likely be seen as a diplomatic win for Palestine and a loss for Israel and the U.S. The latter two countries have been arguing against increasing Palestine’s political power in the international body until a

END_OF_DOCUMENT_TOKEN_TO_BE_REPLACED

The United Nations human rights office says the practice “amounts to arbitrary and unlawful interference in family life, and is a serious violation of the rights of the child.” 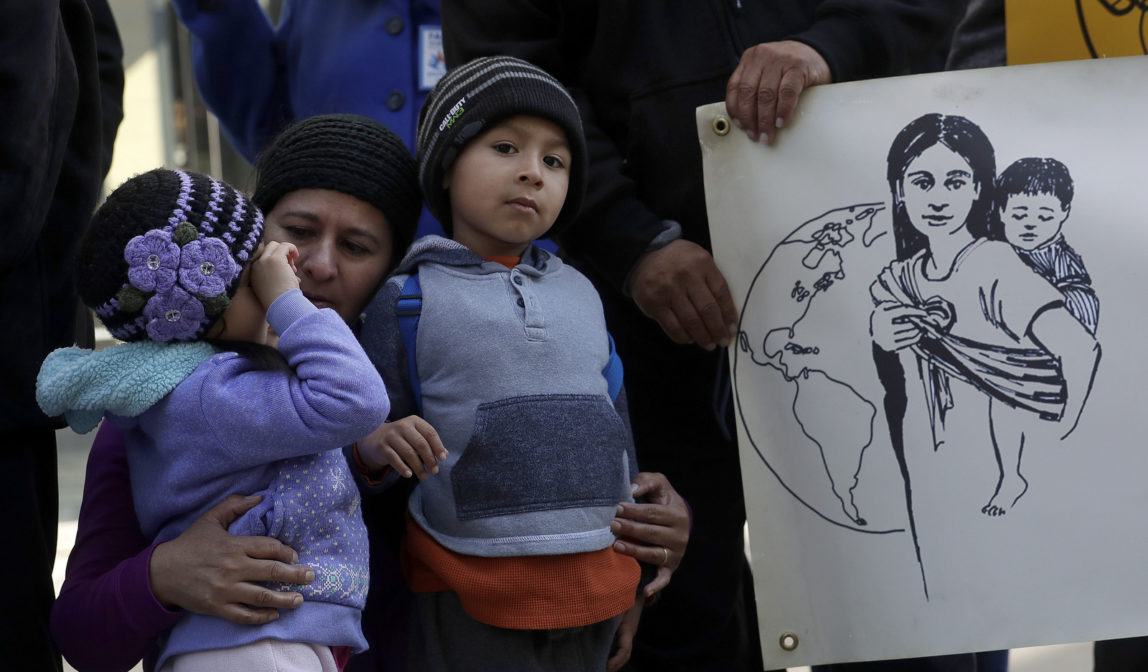 The United Nations human rights office on Tuesday demanded that the Trump administration "immediately halt" its policy of tearing migrant children away from their parents at the U.S.-Mexico border, declaring that the practice "always constitutes a child rights violation." Under the administration's so-called zero tolerance policy, unveiled last

END_OF_DOCUMENT_TOKEN_TO_BE_REPLACED The aid industry might be having its #MeToo moment, but sexual exploitation is just a symptom of a more fundamental issue: the neo-colonial structures through which most aid is delivered in disaster and conflict areas. If this is not addressed, no amount of independent investigating committees and hotlines will solve the problem. I have been an aid

END_OF_DOCUMENT_TOKEN_TO_BE_REPLACED

Despite U.S. threats, the U.N. voted 128-9 to declare Trump’s recognition of Jerusalem as Israeli capital “null and void”. In a speech one critic likened to "a bully throwing a temper tantrum on the world stage," U.S. ambassador to the United Nations Nikki Haley on Thursday slammed U.N. member states for refusing to line up in support of President Donald Trump's decision to recognize Jerusalem as the capital of Israel and threatened to withdraw funding if America

END_OF_DOCUMENT_TOKEN_TO_BE_REPLACED END_OF_DOCUMENT_TOKEN_TO_BE_REPLACED

The UN has reported six camps are ready to accept about 50,000 people, and 11 more camps are in the process of being readied. At the same time, the UN has warned that they don’t have the funding to support all of these refugees over the long run, and the Mosul battle looks to very much be the long run. Aid agencies which have been trying to prepare for the huge influx of displaced persons from the city of Mosul are reporting the first arrivals of civilians who fled the surrounding towns, most arriving on foot, and many with nothing more than the clothing on their backs. The agencies are playing up the months of preparation they engaged in, but