Regardless of their income, residents of small Vermont towns can use state vouchers to send their children to boarding schools and ski academies. Some school-choice advocates want to replicate the program nationwide.

New York will be the first state to make tuition at public colleges and universities free for middle-class students under a state budget approved by lawmakers Sunday, April 9. New York is set to become the first U.S. state to make tuition free for students at public state universities and community colleges if they come from low- and middle-income families, a proposal that has been endorsed by former presidential candidate Senator Bernie Sanders, who promised free college education for all during his

END_OF_DOCUMENT_TOKEN_TO_BE_REPLACED

Official estimates put the student debt in the United States at more than US$1 trillion. Senators Elizabeth Warren and Bernie Sanders, former presidential candidate, along with several other progressive senators introduced a bill that would seek to eliminate college tuition and fees at public four-year colleges and universities in the United States for students from families that make up to US$125,000 a year. “Our job is to bring

END_OF_DOCUMENT_TOKEN_TO_BE_REPLACED

‘Our job is to encourage every person in this country to get all of the education they can, not to punish them for getting that education,’ Sanders says in New York. (REPORT) --- With Sen. Bernie Sanders (I-Vt.) at his side, New York Gov. Andrew Cuomo on Tuesday announced a plan to offer free tuition at state and city colleges for middle- and low-income New Yorkers. Under the Excelsior Scholarship, described as the first of its kind in the nation, students whose families make $125,000 or

END_OF_DOCUMENT_TOKEN_TO_BE_REPLACED

“Education should be free. The United States is the richest country in the world, yet students have to take on crippling debt in order to get a college education.” 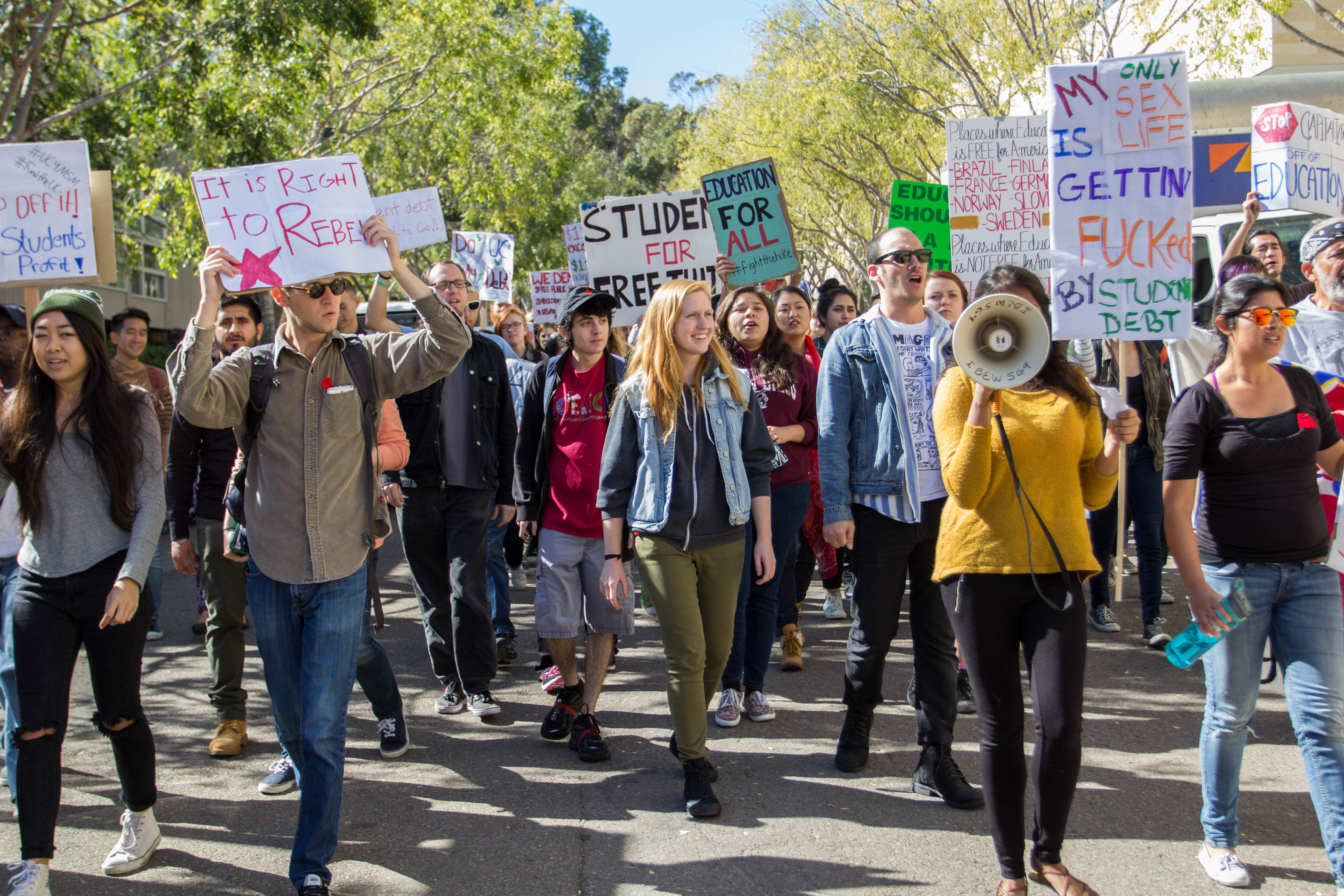 Students held rallies on college campuses across the United States on Thursday to protest ballooning student loan debt for higher education and rally for tuition-free public colleges and a minimum wage hike for campus workers. The demonstrations were planned just two days after thousands of fast-food workers took to the streets in a nationwide

END_OF_DOCUMENT_TOKEN_TO_BE_REPLACED

Proposal put forth by White House would see federal and state governments pay for two years of college for all those able to maintain 2.5 GPA. A new proposal unveiled by President Obama would make two years of a community college education "free" for all those who maintain a certain grade-point average. The plan was unveiled in a video statement by the president on Thursday and he will discuss the plan more broadly

END_OF_DOCUMENT_TOKEN_TO_BE_REPLACED

Who Can Afford College In America?

The rising cost of higher education is putting a degree out of reach for low-income and middle-class Americans, and it may even be proving too costly for the wealthy elite. Many higher education institutions were forced to make dramatic cuts to their programs and exponentially raise tuition in the wake of the 2008 recession. These actions were meant to make up for losses in funding, but they have also made it more difficult for low-income and middle-class Americans to obtain a college degree. According to a