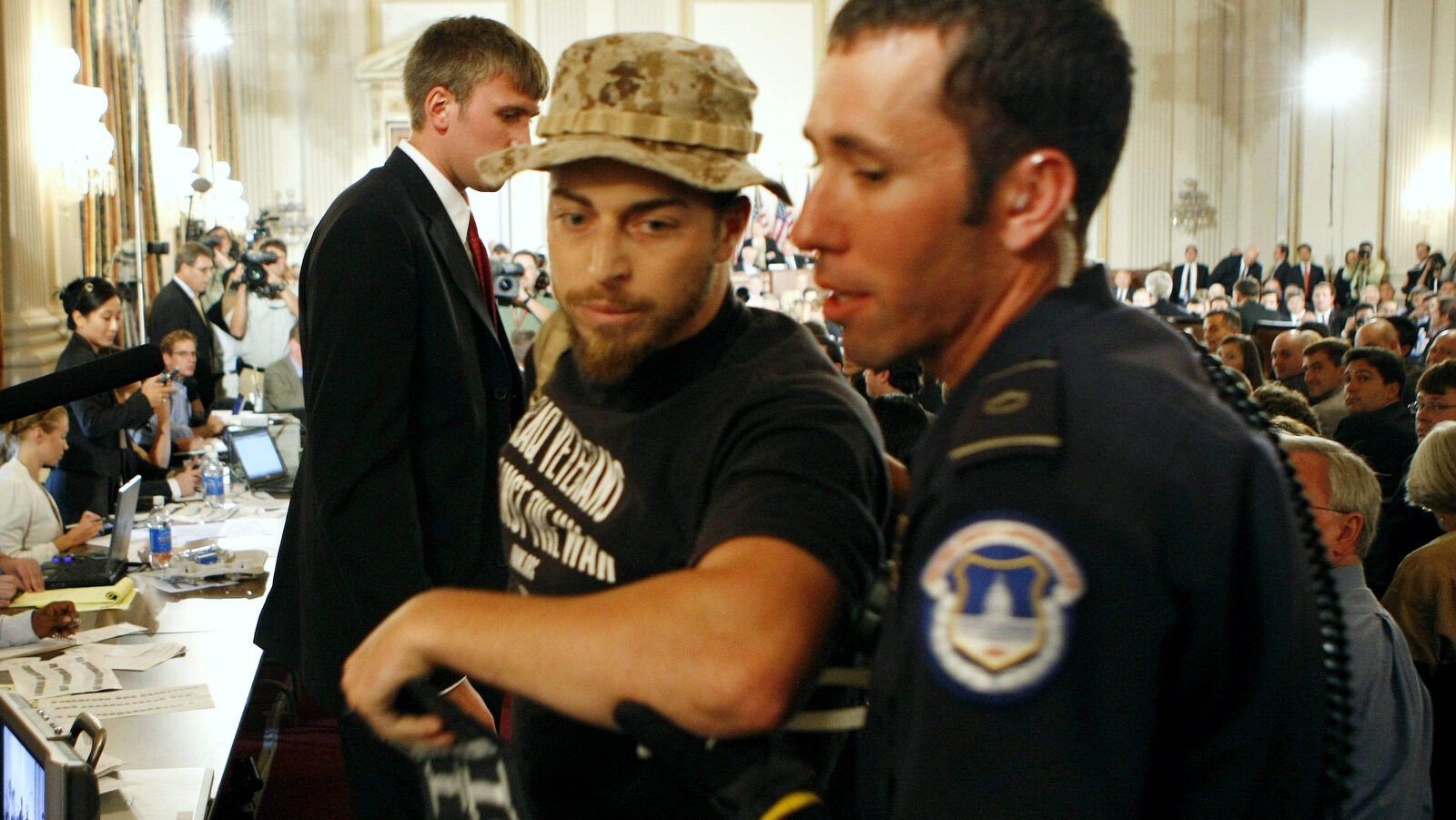 As the U.S. struts across the world stage, forcing its peculiar brand of democracy upon its unsuspecting, often oil-rich, victims, it deprives its own soldiers of the rights it purports to be spreading.

BTS follows a long-standing tradition, dating back to the aftermath of Israel’s war of independence and the Palestinian Nakba, of Israeli military personnel publicizing accounts of their actions in uniform that have challenged official narratives. Yehuda Shaul was an infantryman in the Israeli army in Hebron during the second intifada. But in recent weeks, he and his group of veterans have been vilified by right-wing organizations and mainstream politicians in a public campaign against Israeli groups critical of their country’s occupation of Palestinian territories. Defense Minister Moshe

END_OF_DOCUMENT_TOKEN_TO_BE_REPLACED For decades, DARPA, the secretive research arm of the Department of Defense, has dreamed of turning soldiers into cyborgs. And now it’s finally happening. The agency has funded projects that involve implanting chips into soldiers’ brains that could one day enhance performance on the battlefield and repair traumatized brains once the fog of war has

END_OF_DOCUMENT_TOKEN_TO_BE_REPLACED

Patriotism At A Price: US Military Paid NFL Teams To ‘Honor’ Soldiers At Games

New York Jets received hundreds of thousands of dollars over the course of years to salute ‘hometown heroes’. END_OF_DOCUMENT_TOKEN_TO_BE_REPLACED

Six people lay lifeless in the filthy brown water. Three of the dead were American commandos. Soldiers of the East Africa Response Force (EARF), a Djibouti-based joint team assigned to Combined Joint Task Force-Horn of Africa, depart from a U.S. Air Force C-130 Hercules in Juba, South Sudan. Three of the dead were American commandos.  The driver, a captain nicknamed “Whiskey Dan,” was the leader of a shadowy team of operatives never

END_OF_DOCUMENT_TOKEN_TO_BE_REPLACED

“After reading and hearing scores of Christian apologists for the military over the past ten years defend the role of Christians in the military who fought in Iraq and Afghanistan, I have come to the conclusion that they have all drunk from the same corrupt spring. “ END_OF_DOCUMENT_TOKEN_TO_BE_REPLACED

Laurence M. Vance [send him mail] writes from central Florida. He is the author of King James, His Bible, and Its Translators, The Revolution that Wasn't, The War on Drugs Is a War on Freedom, and Social Insecurity. His latest books are War, Christianity, and the State: Essays on the Follies of Christian Militarism and War, Empire, and the Military: Essays on the Follies of War and U.S. Foreign Policy.

“There is a tsunami heading our way, particularly when one of the wars is over and there is a downsize in the military, that’s when you’re going to see a lot problems emerging.” After Jorge Gonzalez returned home to Washington from a 15-month tour in Iraq, he attempted to kill himself. Gonzalez became distant with his wife and kids at times, who noticed he was not the same person after his deployment.