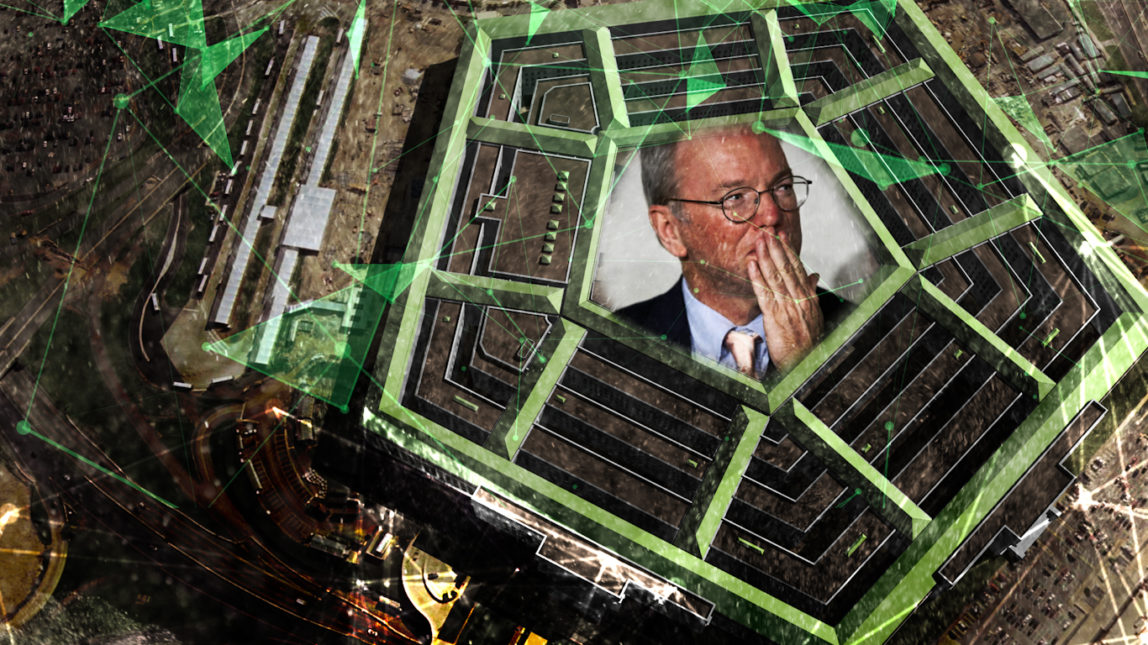 END_OF_DOCUMENT_TOKEN_TO_BE_REPLACED

MintCast hosts Whitney Webb and Alan MacLeod recently interviewed investigative journalist Yasha Levine about his most recent book Surveillance Valley: The Secret Military History of the Internet and his most recent articles on the xenophobia that lies beneath Russiagate and how this new anti-Russia fervor has impacted the Russian-American

END_OF_DOCUMENT_TOKEN_TO_BE_REPLACED

As Tech Giants Compete for $18B Pentagon Contract to Develop Orwellian Data Cloud, Workers Push Back

Silicon Valley companies have something the Pentagon wants: remarkable artificial intelligence capabilities. Since the DoD doesn’t have the means to develop this technology itself, it has to purchase it from somewhere. It’s a natural partnership for an increasingly Orwellian age. SILICON VALLEY, CALIFORNIA -- The entire tech industry is currently going through its very own Hunger Games as a host of companies compete for a chance to win two multibillion dollar contracts from the Pentagon. What are the jobs? Develop globally accessible cloud-computing platforms for the Pentagon and military personnel, spanning all levels from

END_OF_DOCUMENT_TOKEN_TO_BE_REPLACED

LOS ANGELES (AP) — They come from different worlds — the buttoned-down political culture of Washington and the entrepreneurial, socks-optional, let’s-do-this-faster ethos of Silicon Valley. But where those worlds overlap, that’s where you find President Barack Obama and a wealthy segment of his Democratic donor base. Obama was to attend two high-dollar Democratic Party fundraisers […]

LOS ANGELES (AP) — They come from different worlds — the buttoned-down political culture of Washington and the entrepreneurial, socks-optional, let's-do-this-faster ethos of Silicon Valley. But where those worlds overlap, that's where you find President Barack Obama and a wealthy segment of his Democratic donor base. Obama was to attend two

END_OF_DOCUMENT_TOKEN_TO_BE_REPLACED

The widening income gap between the wealthy and those left behind is sparking debate, anger and sporadic protests.

SAN JOSE, Calif. (AP) — Arwin Buditom guards some of the most successful high-tech firms in America. Joseph Farfan keeps their heat, air and electric systems humming. But these workers and tens of thousands like them who help fuel the Silicon Valley's tech boom can't even make ends meet anymore. Buditom rooms with his sister an hour's drive from

END_OF_DOCUMENT_TOKEN_TO_BE_REPLACED

Silicon Valley leaders criticized FWD.us for its connection to ads promoting the proposed Keystone XL pipeline, which was also rebuked by Obama donors.

The Keystone XL pipeline route doesn’t reach the borders of California, yet the debate over the merits of the plan are just as fierce in the state’s Silicon Valley as they are in the heartland of America. Days ago, PayPal co-founder and Tesla founder Elon Musk pulled the plug on his involvement with Facebook founder Mark Zuckerberg’s FWD.us, a