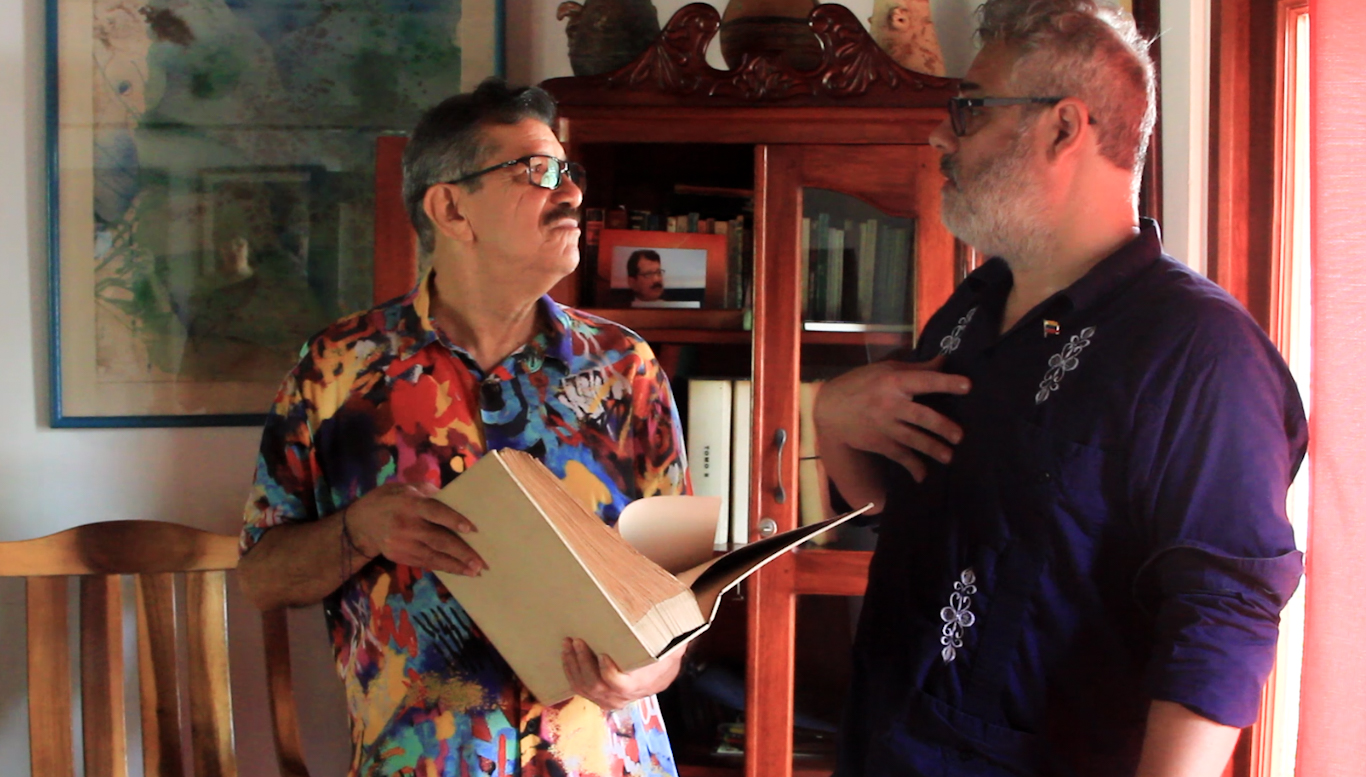 Fire from the Mountain: In Search of Omar Cabezas

Facebook, Instagram, and Twitter suspended hundreds of influential pro-Sandinista journalists and activists days before Nicaragua’s November 7 elections, falsely claiming they were government trolls. The Grayzone interviewed them to reveal the truth. END_OF_DOCUMENT_TOKEN_TO_BE_REPLACED

After defeating a violent US-backed coup attempt, Nicaragua’s elected government faces the NICA Act. The bill aims to force the Sandinistas from power by ratcheting up economic despair. GrayZone Project -- Every single member in both chambers of the US Congress approved legislation that will impose sanctions and financial restrictions on Nicaragua in an explicit effort to weaken its government. Known as the NICA Act, the bill is now on its way to the desk of President Donald Trump, who will almost certainly sign it into

END_OF_DOCUMENT_TOKEN_TO_BE_REPLACED GrayZone: A note from Kevin Zeese of Popular Resistance: The Guardian has been on a campaign of lies about Nicaragua. They have taken sides and are not honest reporters but advocates for the coup. Even though the falsity of their reporting has been repeatedly pointed out, they continue on their disgraceful campaign of reporting false stories on

END_OF_DOCUMENT_TOKEN_TO_BE_REPLACED

It might seem cavalier for an academically credentialed anthropologist to assert political influence on the population he is supposed to be studying; however, Goette-Luciak’s activities fit within a long tradition. MANAGUA, NICARAGUA -- (Investigation) The Guardian, The Washington Post, the BBC and NPR have assigned an American anthropologist with no previous journalistic experience to cover the crisis in Nicaragua. The novice reporter, named Carl David Goette-Luciak, has published pieces littered with falsehoods that reinforce the opposition's narrative

END_OF_DOCUMENT_TOKEN_TO_BE_REPLACED

What’s Left in Nicaragua after Ortega

The US is the world’s hegemon, imposing global neoliberalism. The Ortega government in Nicaragua has been targeted by the hegemon precisely because it has not served as an unquestioning client state. Before the violence that started mid-April, Nicaragua had been the most peaceful, safest, and by far the most progressive country in Central America. Now that a semblance of peace has been restored in Nicaragua, the US government continues its campaign for regime change joined by some who formerly supported Nicaraguan President Daniel Ortega and

END_OF_DOCUMENT_TOKEN_TO_BE_REPLACED

The US has targeted Nicaragua for regime change because Daniel Ortega and his Sandinista party show what truly progressive politics can accomplish. The US has targeted Nicaragua for regime change. Some former supporters of Nicaraguan President Daniel Ortega and his Sandinista party echo the US talking points: Ortega’s “entire government has been, in essence, neoliberal. Then it becomes authoritarian, repressive.” One would think that a neoliberal regime, especially if it were authoritarian