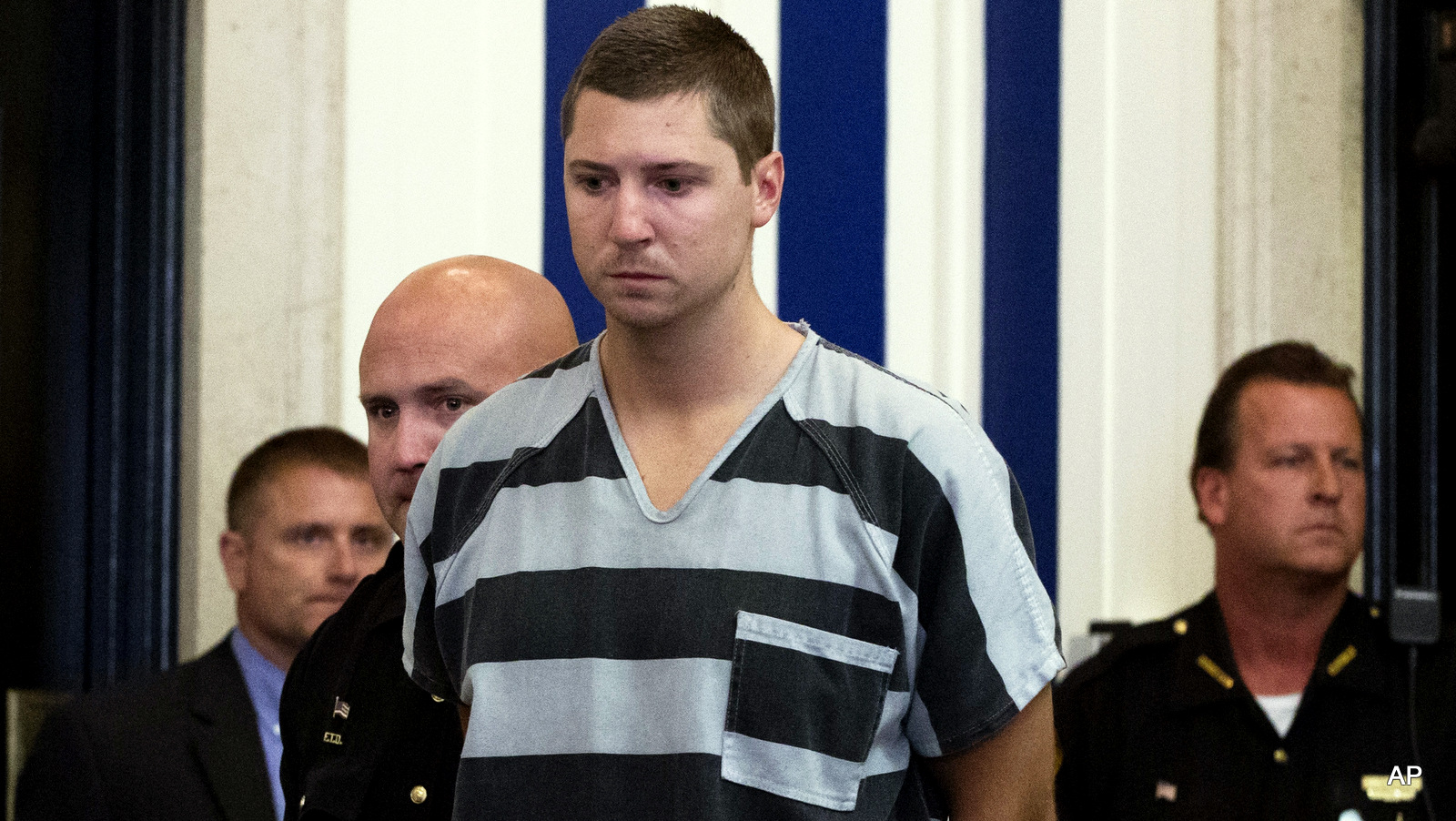 A University of Cincinnati police officer went to jail on a murder charge Wednesday after his own body camera video showed him shooting an unarmed motorist in the head during a traffic stop.

CINCINNATI  — A University of Cincinnati police officer who shot a motorist after stopping him over a missing front license plate pleaded not guilty Thursday to charges of murder and involuntary manslaughter. Twenty-five-year-old Ray Tensing appeared at his arraignment wearing a striped jail suit, with his hands cuffed behind