Despite predictions that tensions between Ankara and Washington may cause Turkey to turn east for help, Erdogan’s visit to Germany tells another story. After a several-year-long fallout with Germany, Turkish President Recep Tayyip Erdogan paid a recent visit to several cities in the European country in an attempt to repair relations. Historically, Turkey’s greatest advocate in Europe has been Germany and with US-Turkish relations now at an all-time low, Erdogan is looking for friends. Many

END_OF_DOCUMENT_TOKEN_TO_BE_REPLACED

One-Time Top Turkish Journalist on the Coup, the Repression, and Turkey’s Future

Erdoğan began moving against the press even before the coup, and one man who knows this all too well is Abdullah Bozkurt, an early target of AKP censorship who spoke to MintPress to explain how Erdoğan’s imperial presidency came to be and what may come next. ANKARA, TURKEY -- With most of the Turkish media controlled by President Recep Tayyip Erdoğan and his Justice and Development Party (AKP), it is hard for many people to fully understand the internal politics of Turkey. One way to break through this is by listening to Turkey’s exiled journalists like Abdullah Bozkurt. In 2016, Turkey was shaken

END_OF_DOCUMENT_TOKEN_TO_BE_REPLACED

As “strongmen” Trump and Erdogan come to blows over evolving geopolitical hostility, much of the world worries about getting caught in the economic and political wreckage of the once-close NATO allies’ violent lovers’ quarrel. 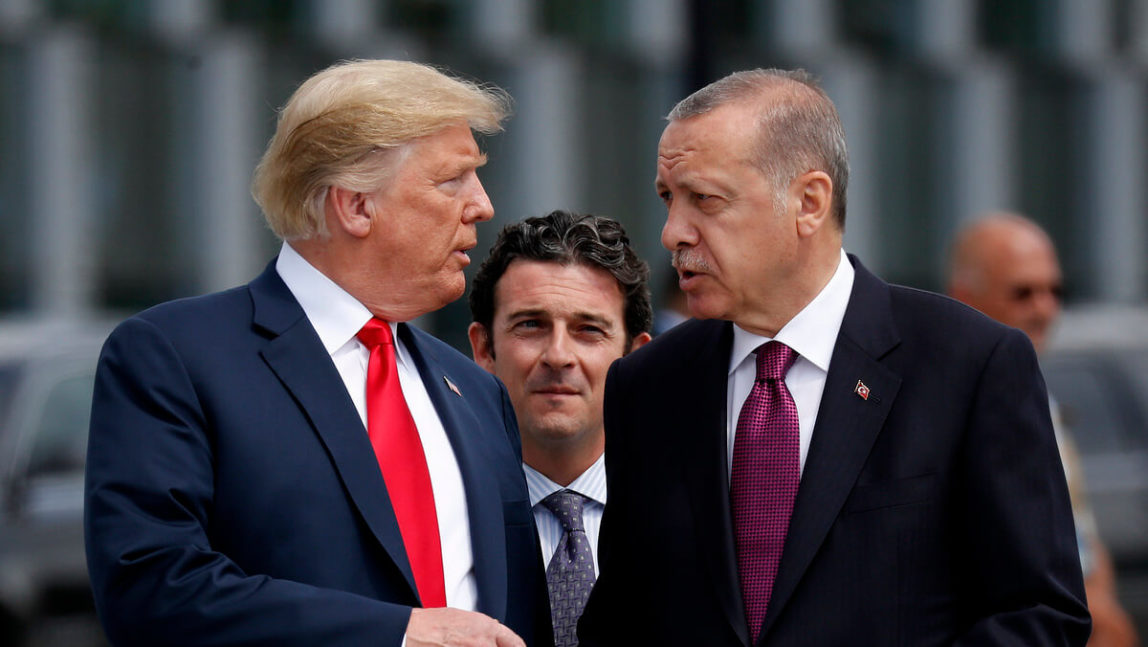 ANKARA, TURKEY (Analysis) – The United States’ economic war on Turkey over the detention of a U.S. pastor is showing no sign of winding down any time soon. Instead, the long-brewing row between the two countries could mark a significant break in relations between Washington and Ankara, which has long played the role of a U.S.-loyal guard at NATO’s

END_OF_DOCUMENT_TOKEN_TO_BE_REPLACED ANKARA, TURKEY -- Ever since a failed coup in July of 2016, the increasingly anti-democratic policies of the Turkish government under the leadership of President Recep Erdogan have become an embarrassment for the NATO member’s Western allies. While many people may be aware, at least to some extent, of the ongoing crackdowns inside of Turkey, few

END_OF_DOCUMENT_TOKEN_TO_BE_REPLACED

Most countries consider East Jerusalem, which Israel annexed after capturing it in a 1967 war, to be occupied territory, and say the status of the city should be left to be decided at future Israeli-Palestinian talks.

Turkey will open an embassy in East Jerusalem, President Tayyip Erdogan said on Sunday, days after leading calls at a summit of Muslim leaders for the world to recognize it as the capital of Palestine. “God willing, the day is close when officially, with God’s permission, we will open our embassy there,” Erdogan said in a speech, maintaining his

END_OF_DOCUMENT_TOKEN_TO_BE_REPLACED Just a few weeks after he congratulated autocratic Turkish leader Recep Tayyip Erdoğan on a controversial referendum win, U.S. President Donald Trump invited Philippines President Rodrigo Duterte—who has presided over a violent "war on the poor" in his country and is the subject of a mass murder complaint before the International Criminal Court