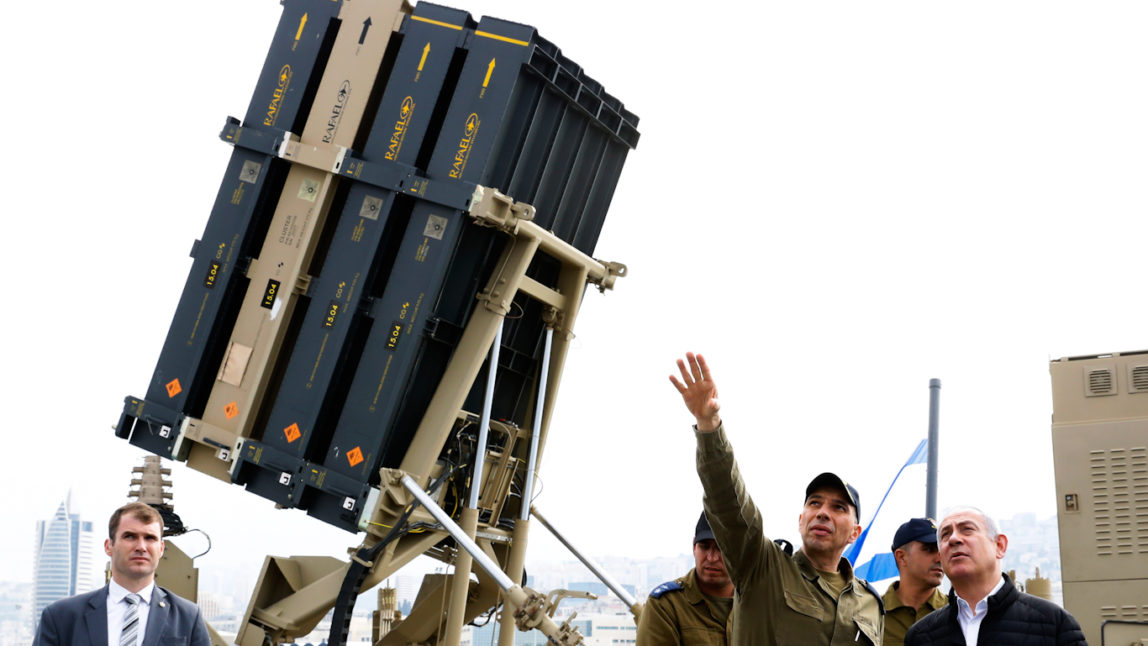 After spending $373 million to buy two batteries of the Israeli-made Iron Dome missile defense system, the U.S. Army has announced that it is unable to integrate the batteries it purchased with its other air defense systems because Israel has refused to provide the Army with the source code. The Army asserted that without the source code, the

END_OF_DOCUMENT_TOKEN_TO_BE_REPLACED It was a familiar site yesterday on International Women’s Day, as military contractors and other giant corporations used the holiday to attempt to associate themselves with progressive causes and agendas. Weapons manufacturer Raytheon positioned itself as a feminist brand on Twitter. The United States Air Force – currently bombing seven

END_OF_DOCUMENT_TOKEN_TO_BE_REPLACED

Saudi Arabia attacked Yemenis in Hodeida with a laser-guided bomb made by US military contractor Raytheon, as a civilian is killed every three hours on average.

GrayZone Project - A bomb used by Saudi Arabia to attack civilians in Yemen has been identified as a US-made laser-guided bomb manufactured by military contractor Raytheon. The deaths — the latest in a long pattern of Saudi bombings of Yemeni civilians with US-made weapons — came amid reports that fighting kills one Yemeni civilian every three

END_OF_DOCUMENT_TOKEN_TO_BE_REPLACED WASHINGTON – The week after the U.S., along with the U.K. and France, launched unilateral strikes against the Syrian government, the Trump administration is rolling out a “Buy American” weapons-selling initiative aimed at allowing other nations to buy even more weapons from U.S.-based arms manufacturers. According to Reuters, the initiative, set to

END_OF_DOCUMENT_TOKEN_TO_BE_REPLACED Since President Trump announced that he intended to bomb Syria, the stock values of some of the country’s top weapons manufacturers have soared, adding a collective $10 billion in market capitalization values over the course of just one week. With Trump delivering on his promise this weekend, the rally on Wall Street continues. A barrage of 118

END_OF_DOCUMENT_TOKEN_TO_BE_REPLACED

Art of the Arms Deal: Trump Is Peddling Arms as If There Were No Tomorrow

Donald Trump has headed down a well-traveled arms superhighway, partnering with the likes of Lockheed Martin to sell weapons to dictatorships and repressive regimes that often fuel instability, war, and terrorism.

It’s one of those stories of the century that somehow never gets treated that way. For an astounding 25 of the past 26 years, the United States has been the leading arms dealer on the planet, at some moments in near monopolistic fashion. Its major weapons-producers, including Boeing, Raytheon, and Lockheed Martin, regularly pour the latest in