With US on the Warpath, Iran’s Press TV the Latest Target for Google’s Political Censorship 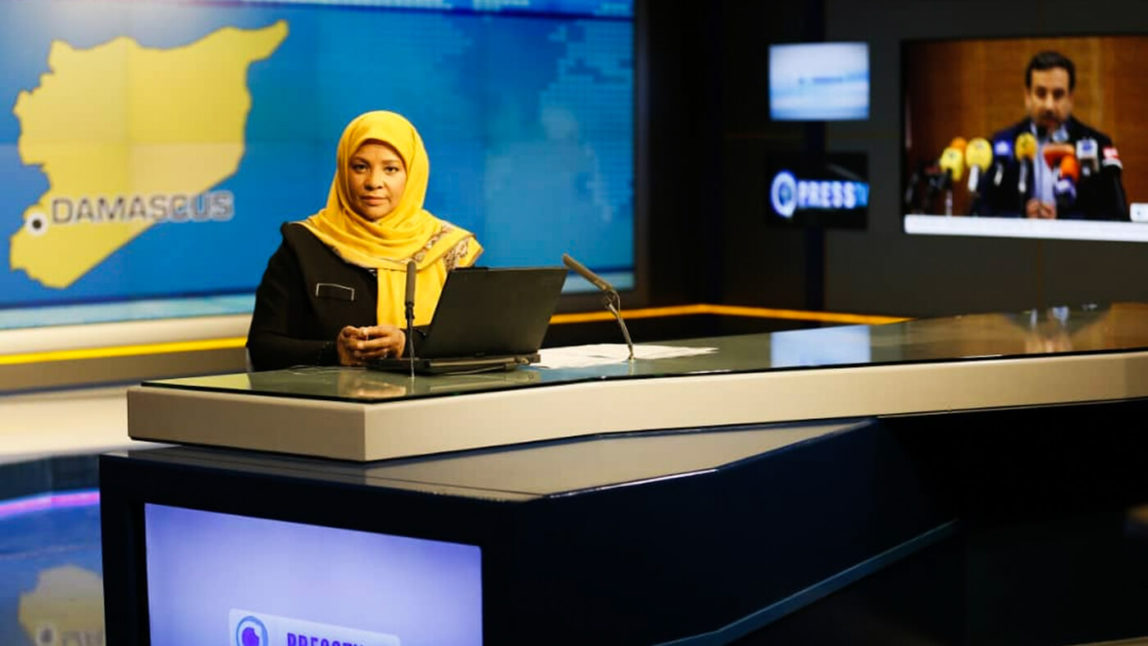 MOUNTAIN VIEW, CALIFORNIA -- Press TV -- the Iranian government-funded TV news outlet -- has been “shut down” on Google’s platforms, including YouTube and Gmail. The move coincides with similar action taken against HispanTV, an Iranian Spanish-language channel. With increasing repression of Iran’s official vehicles of communication to the world,

END_OF_DOCUMENT_TOKEN_TO_BE_REPLACED

U.S. citizen Marzieh Hashemi, an anchor on Iran's English-language service Press TV, has been released without charge after being illegally detained for ten days by the FBI. Hashemi was arrested earlier this month while boarding an internal U.S. flight from St. Louis to Denver where she had been filming a documentary on the Black Lives Matter

END_OF_DOCUMENT_TOKEN_TO_BE_REPLACED WASHINGTON -- It has been more than 10 days since the FBI arrested Iranian American journalist for Iran’s Press TV Marzieh Hashemi. She is due to testify before a grand jury for a third time in an unknown criminal case on Wednesday, as protesters rally for her release outside the courthouse. Her three children are expected to testify on

END_OF_DOCUMENT_TOKEN_TO_BE_REPLACED

Today Marzieh Hashemi sits alone.  Isolated and entombed deep in a government catacomb, she stands charged with no offense but in the eyes of this administration guilty as charged . . . a Muslim, a journalist, and a US ex-pat who has found shelter from its storm in Iran. Any discussion of the detention of journalist Marzieh Hashemi must begin in the historical context that all presidents have used the Department of Justice for constitutionally prohibited personal ends. The calculated seizure and political intimidation of Mrs. Hashemi and her family in the United States is but the most recent flagrant

END_OF_DOCUMENT_TOKEN_TO_BE_REPLACED

Hashemi was held 48 hours before being allowed to contact her family. She has complained of ill-treatment. Authorities forcibly removed her headscarf and took her away in handcuffs.

AP update: Iran’s state-run English-language channel is reporting that its American anchorwoman detained in the U.S. will appear in court in Washington. Press TV said Marzieh Hashemi’s court appearance is Friday. It did not elaborate. The newscaster’s son has said his mother was arrested Sunday in St. Louis by the FBI on a material witness

END_OF_DOCUMENT_TOKEN_TO_BE_REPLACED

Shim’s message came full circle in her final interview: defending herself against allegations that she was working for the Turkish opposition — which put her squarely in the crosshairs of Erdogan — while further expounding on Turkey’s chilling utilization of press intimidation tactics. DETROIT --- American journalist and foreign correspondent Serena Shim documented Turkey’s role in the Syrian insurgency from the conflict’s earliest days, reporting firsthand on the presence of Daesh (an Arabic acronym for the terrorist group commonly known as ISIS or ISIL in the West) and other al Qaida-affiliated militant groups operating freely