Chanting, “Feds stay clear! Moms are here!,” groups of women congregated at the Mark O. Hatfield Federal Courthouse and other locations in Central Portland. They were met with tear gas, flashbangs, and pepper round bullets, injuring many. Despite a widely-condemned federal crackdown, Portland’s anti-racist police brutality protests show no signs of abating. Last night a group of local moms dressed in white and yellow tried a new tactic; placing themselves between law enforcement and protesters in order to prevent more violence. Chanting, “Feds stay clear! Moms are here!,” groups of

END_OF_DOCUMENT_TOKEN_TO_BE_REPLACED Anonymous masked federal agents in military uniforms jump out of unmarked minivans, abducting seemingly random people on the street in Portland, frightening new viral videos show. Officers from the U.S. Marshals Special Operations Group and Customs and Border Protection’s BORTAC have been sent to the city to tamp down of 49 days of continuous

END_OF_DOCUMENT_TOKEN_TO_BE_REPLACED 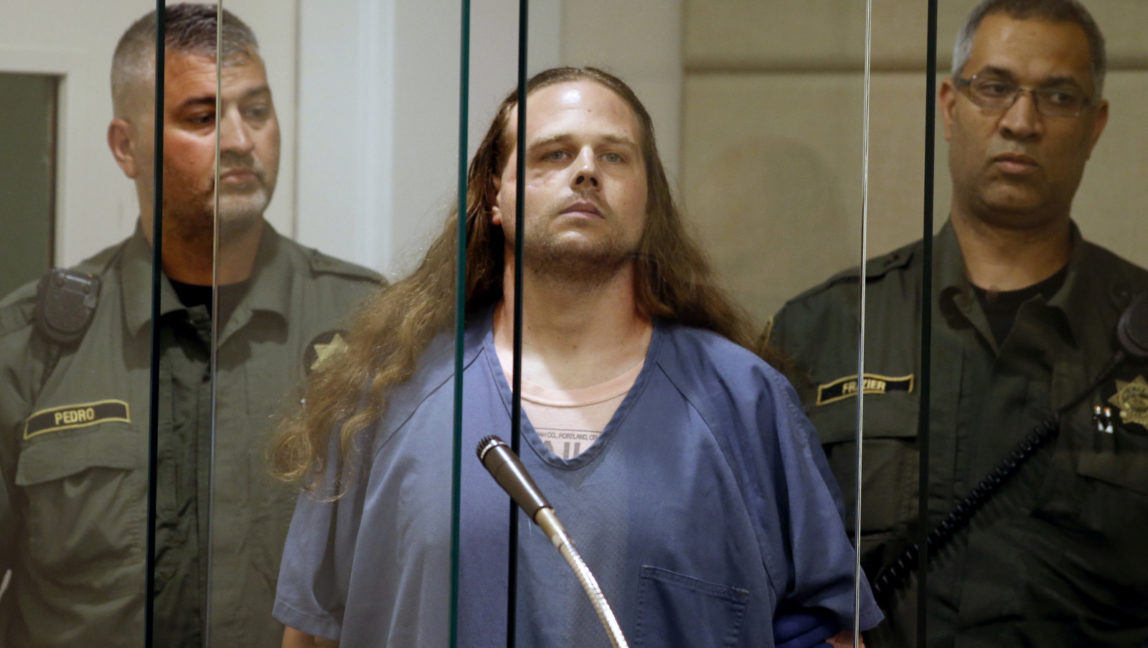 PORTLAND, Ore.  — Unease about white supremacist activity in Portland deepened after the fatal stabbings of two men who tried to shield young women from an anti-Muslim tirade, and some people worry that the famously tolerant community could see a resurgence of the hostilities that once earned it the nickname "Skinhead City." The attack aboard a

END_OF_DOCUMENT_TOKEN_TO_BE_REPLACED Portland, OR (REPORT) — Becoming the seventh city to sue Monsanto over contaminated waterways, Portland passed a resolution last week authorizing city attorney Tracy Reeve to take the biotech company to federal court over its decades-long dispersal of polychlorinated biphenyls (PCBs). The city has spent more than $1 billion cleaning up PCB

END_OF_DOCUMENT_TOKEN_TO_BE_REPLACED PORTLAND, Ore. — Another night of nationwide protests against Donald Trump's election came to a head in Portland, where thousands marched and some smashed store windows, lit firecrackers and sparked a dumpster blaze. Police termed the protest a riot and used "less lethal munitions" to help clear the streets. Some 4,000 protesters surged into the

END_OF_DOCUMENT_TOKEN_TO_BE_REPLACED

It’s official: Voters in Oregon and South Portland, Maine, will decide this fall whether to follow in the footsteps of Colorado and Washington state and legalize marijuana for adults 21 and older in limited quantities. News that voters in Oregon had gathered the some 88,500 signatures needed to place the legalization measure on the November