A Cable, A Conspiracy & a Coup

Modi’s speech regarding how only the “strong” are to be respected, while issuing an implicit threat of using nuclear weapons against enemies of the state, is strikingly similar to a speech given by Israel’s Prime Minister Benjamin Netanyahu — an ally of Modi — last September. SURENDRANAGAR, INDIA -- As India’s election season drags on and nears its conclusion, current Indian Prime Minister Narendra Modi has continued to use speeches on the campaign trail to threaten using nuclear bombs against neighboring Pakistan in an attempt to portray himself as tough on “terrorism.” In a speech delivered last Wednesday that was

END_OF_DOCUMENT_TOKEN_TO_BE_REPLACED

Israel’s export of Zionist nationalism and neocolonialism — and the accompanying oppression that in practice actually helps to create many of the very terrorist groups they fight against — is just as dangerous as its export of arms. 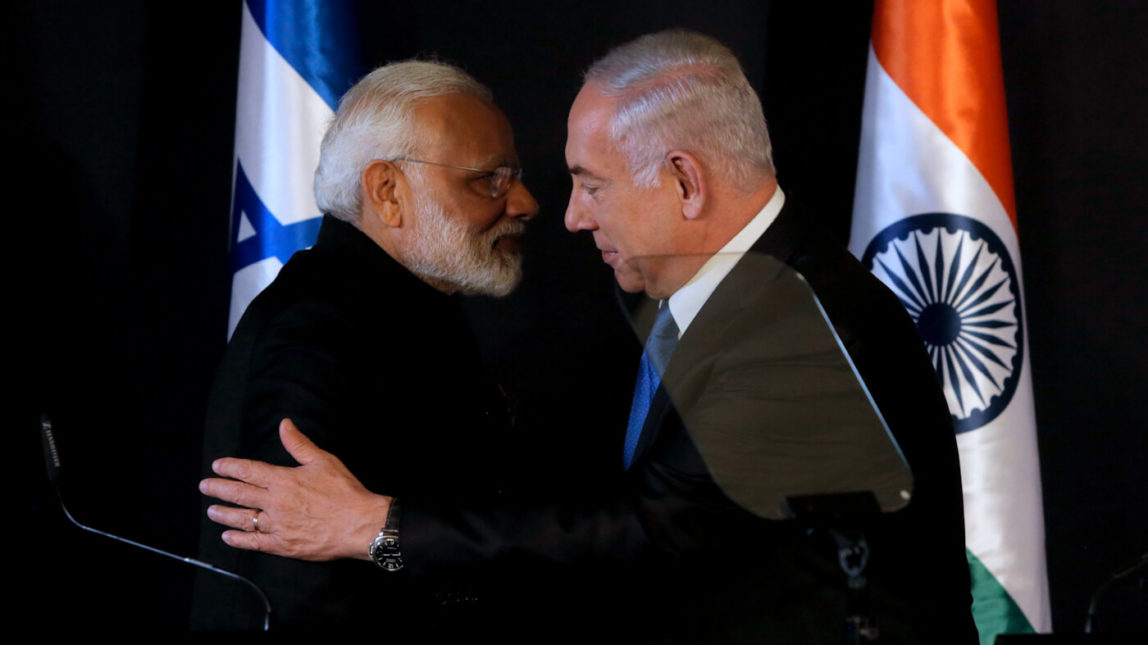 LONDON -- Well-known British journalist Robert Fisk recently wrote a very telling and troubling article in The Independent regarding the outsized role of the state of Israel in the burgeoning tensions between India and Pakistan, two nuclear powers. The story -- despite its importance, given the looming threat of nuclear war between the two

END_OF_DOCUMENT_TOKEN_TO_BE_REPLACED

Saudi funds have been flowing for some time into the coffers of ultra-conservative anti-Shiite, anti-Iranian Sunni Muslim madrassahs or religious seminars in Balochistan.

This week’s suicide attack on Revolutionary Guards in Iran’s south-eastern province of Sistan and Baluchistan, the second in two months, could not have come at a more awkward moment for Pakistani prime minister Imran Khan. The assault on a bus carrying the guards back from patrols on the province’s border with the troubled Pakistani region of

END_OF_DOCUMENT_TOKEN_TO_BE_REPLACED

How Many People Has the U.S. Killed in Afghanistan and Pakistan Post-9/11?

The numbers of casualties of US wars since Sept. 11, 2001 have largely gone uncounted, but coming to terms with the true scale of the crimes committed remains an urgent moral, political and legal imperative. In the first part of this series, I estimated that about 2.4 million Iraqis have been killed as a result of the illegal invasion of their country by the United States and the United Kingdom in 2003. I turn now to Afghan and Pakistani deaths in the ongoing 2001 U.S. intervention in Afghanistan. In part two, I will examine U.S.-caused war deaths in

END_OF_DOCUMENT_TOKEN_TO_BE_REPLACED WASHINGTON – A recent report created by the Defense Intelligence Agency (DIA) at the behest of the Senate Armed Services Committee sought to provide an overview of “foreign nuclear weapons-related capabilities.” However, that report, compiled using purely open-source information instead of DIA intel, focuses on only three of the world’s nine

END_OF_DOCUMENT_TOKEN_TO_BE_REPLACED

From bans on eating beef, regular disruption of cell and internet service and renewed violence against civilians, India’s ruling Hindu Nationalist Party has ushered in a new level of repression in Kashmir.

A sweeping social media gag; dozens of Kashmiri female students defiantly protesting Indian military troop presence; a Kashmiri man tied to an Indian military vehicle as a human shield against stone-pelting protesters. These are just some of the latest stories to come out of the Kashmir Valley in India's north-eastern state of Jammu and Kashmir,