“The ‘threat’ of China is China’s existence; it exists as a major power that the United States cannot push around, cannot intimidate, and does not follow U.S. orders. That is intolerable. Any mafia don can explain that.” – Noam Chomsky 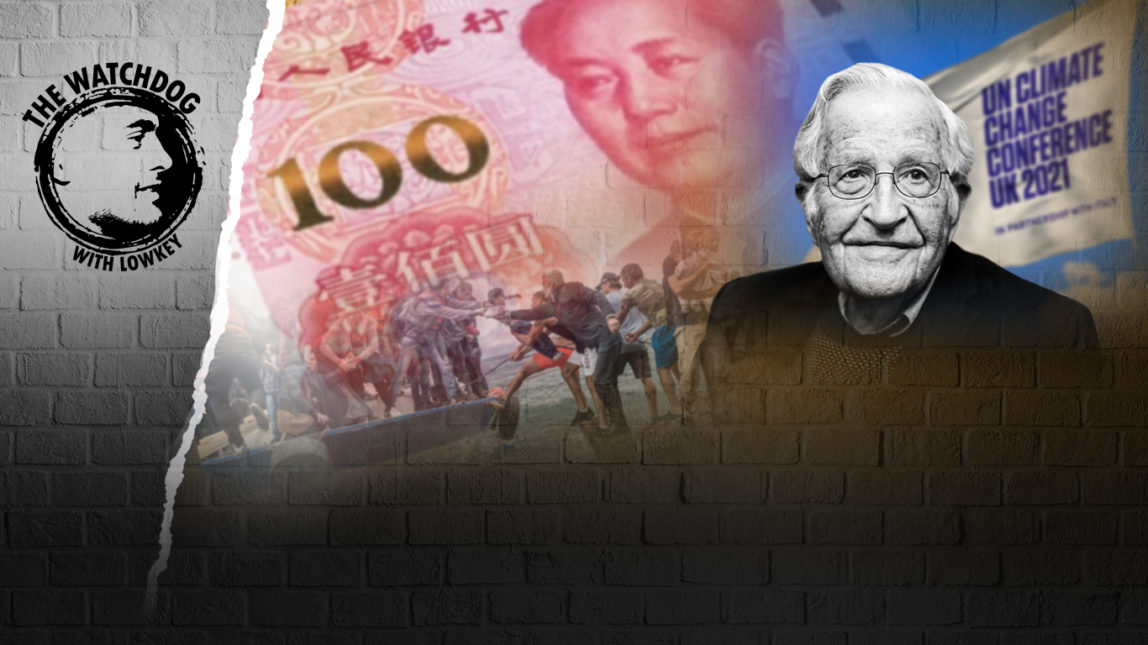 ﻿ “Unregulated capitalism is a suicide pact” – Noam Chomsky did not hold back today when discussing the worldwide economic system and the world’s acceleration towards climate collapse. Chomsky made the comments in the context of the recent COP26 climate-change conference in Glasgow, where global leaders gathered to discuss global environmental

END_OF_DOCUMENT_TOKEN_TO_BE_REPLACED END_OF_DOCUMENT_TOKEN_TO_BE_REPLACED

Earlier this month, Dutch historian Rutger Bregman, author of 'Utopia For Realists', was interviewed by the high-profile Fox News presenter Tucker Carlson. During a panel discussion at the World Economic Forum in Davos in Janary, Bregman had bluntly told billionaires that they should stop avoiding taxes and pay their fair share: 'We gotta be

END_OF_DOCUMENT_TOKEN_TO_BE_REPLACED Prominent Jewish intellectual Noam Chomsky has raised concerns over what he believes is the rise of “Judeo-Nazi tendencies” in Israel. Speaking to i24NEWS last week, the renowned political dissident, linguist and scholar repeated warnings given by Yeshayahu Leibowitz, an Israeli public intellectual, biochemist and polymath, concerning the

END_OF_DOCUMENT_TOKEN_TO_BE_REPLACED

Noam Chomsky and Others Issue Warning Against Brazil’s Fascist Candidate

The manifesto warns of the use of the justice system to “eliminate” progressive politicians. Noam Chomsky and several other intellectuals signed a manifesto in defense of Brazilian democracy and warning of the possible victory of a “fascist, racist, misogynist, homophobic candidate who calls for violence and armed repression,” in a clear reference to leading candidate Jair Bolsonaro. The manifesto argues that the attack on Brazil’s

END_OF_DOCUMENT_TOKEN_TO_BE_REPLACED Last week, Peter Brookes tweeted his latest cartoon for The Times, commenting: https://twitter.com/BrookesTimes/status/1037661534334476290 Referencing allegations that two Russian agents had been responsible for the poisoning of former Russian spy Sergei Skripal and his daughter Yulia in Salisbury on March 4, the cartoon depicted a British