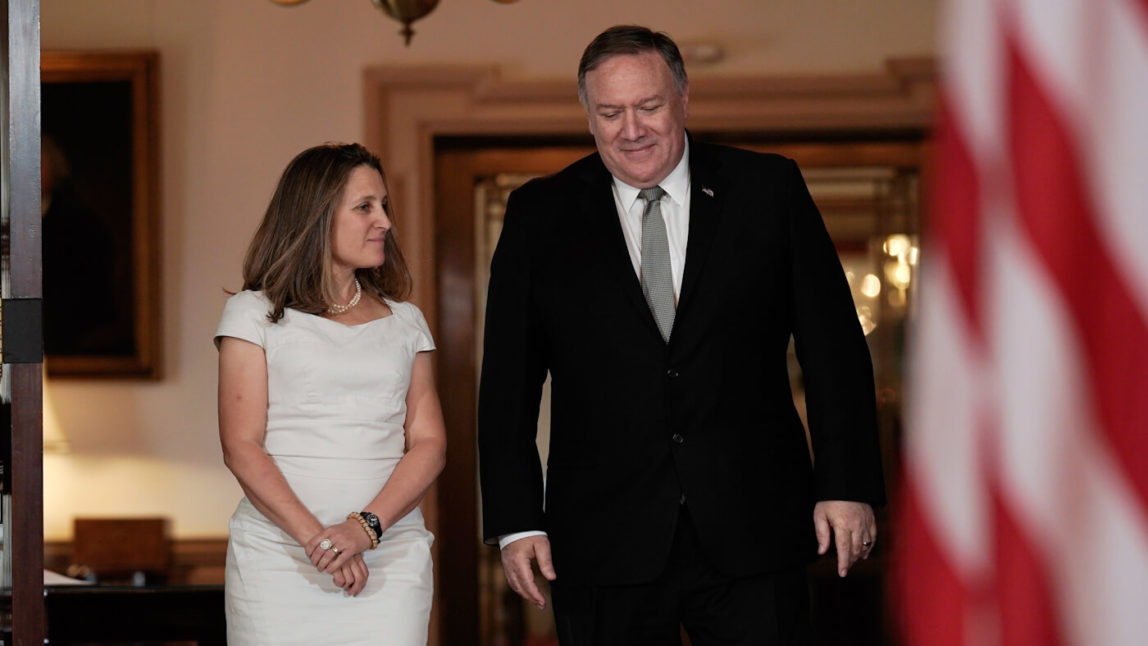 OTTAWA -- Canada’s foreign policy, under the auspices of Foreign Minister Chrystia Freeland, is bucking the country’s long standing tradition of generally staying out of the affairs of governments to its south in Latin America. Indeed, Canada has been one of the major players orchestrating repeated coup attempts in Venezuela since Juan Guaido

END_OF_DOCUMENT_TOKEN_TO_BE_REPLACED

Having Admitted to “Lying” and “Cheating” while CIA Director, Pompeo Drops Another Whopper after Failed Venezuelan Coup

The lack of scrutiny given by the mainstream media to Bolton and Pompeo’s claims is yet another troubling sign of the transformation of many mainstream media outlets into faithful government stenographers. WASHINGTON -- Just a week after the former CIA director and now secretary of state admitted that the agency prior to and under his direction “lied,” “cheated” and “stole,” Mike Pompeo has delivered another claim that, despite his recent admission of dishonesty, has been regurgitated with little scrutiny by a variety of media outlets. In what

END_OF_DOCUMENT_TOKEN_TO_BE_REPLACED As if the past months of US push for regime change in Venezuela with officials like Elliott Abrams of Iran-Contra conviction infamy at the helm wasn't bizarre enough, things just got weirder, as Erik Prince has apparently been pitching a plan around Washington to privatize US coup efforts using his latest Blackwater inspired mercenary

END_OF_DOCUMENT_TOKEN_TO_BE_REPLACED The silence is almost deafening. Is it the quiet before the storm? – Or is the US giving up on Venezuela? I don’t think so. It’s more like a regrouping after a first defeat, well, it’s a multiple defeat, if we start counting since the failed coup attempt against Hugo Chavez on 11 April 2002. However, Washington is not giving up. The first blows

END_OF_DOCUMENT_TOKEN_TO_BE_REPLACED

John Pilger: The War on Venezuela Is Built on Lies

Should the CIA stooge Guaido and his white supremacists grab power, it will be the 68th overthrow of a sovereign government by the United States, most of them democracies, argues John Pilger. Travelling with Hugo Chavez, I soon understood the threat of Venezuela.  At a farming co-operative in Lara state, people waited patiently and with good humour in the heat. Jugs of water and melon juice were passed around. A guitar was played; a woman, Katarina, stood and sang with a husky contralto. "What did her words say?" I asked. "That we

END_OF_DOCUMENT_TOKEN_TO_BE_REPLACED